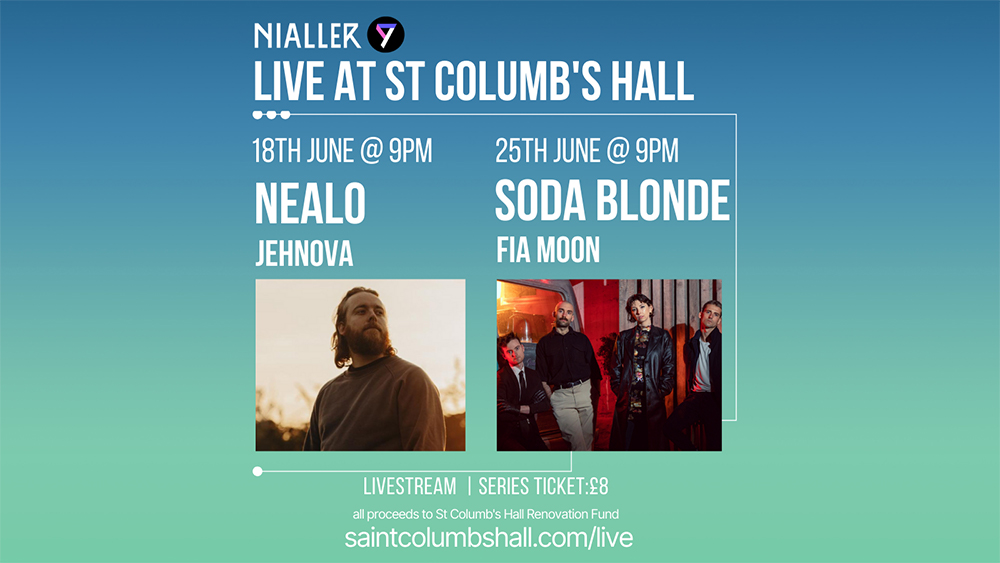 Nialler9 has teamed up with the beautiful Derry city concert hall St Columb’s Hall to present two nights of live stream shows with some of our favourite acts.

This is not a free live stream gig. Tickets are £8 each and revenue goes to the artists and towards a major regeneration project to bring St Columb’s Hall back to life.

The four-piece band formed after the dissolution of Little Green Cars, Soda Blonde are set to release their debut album Small Talk in July. Get a preview of what’s to come with their live set.

Fia Moon was one of the artists who featured on last year’s Irish Women In Harmony single and her solo discography, which draws from R&B, pop, soul and electronic sounds has received much airplay and Spotify placements, along with much support from this site.

Buy tickets for the shows

Podcast: Niall goes to the first gig back