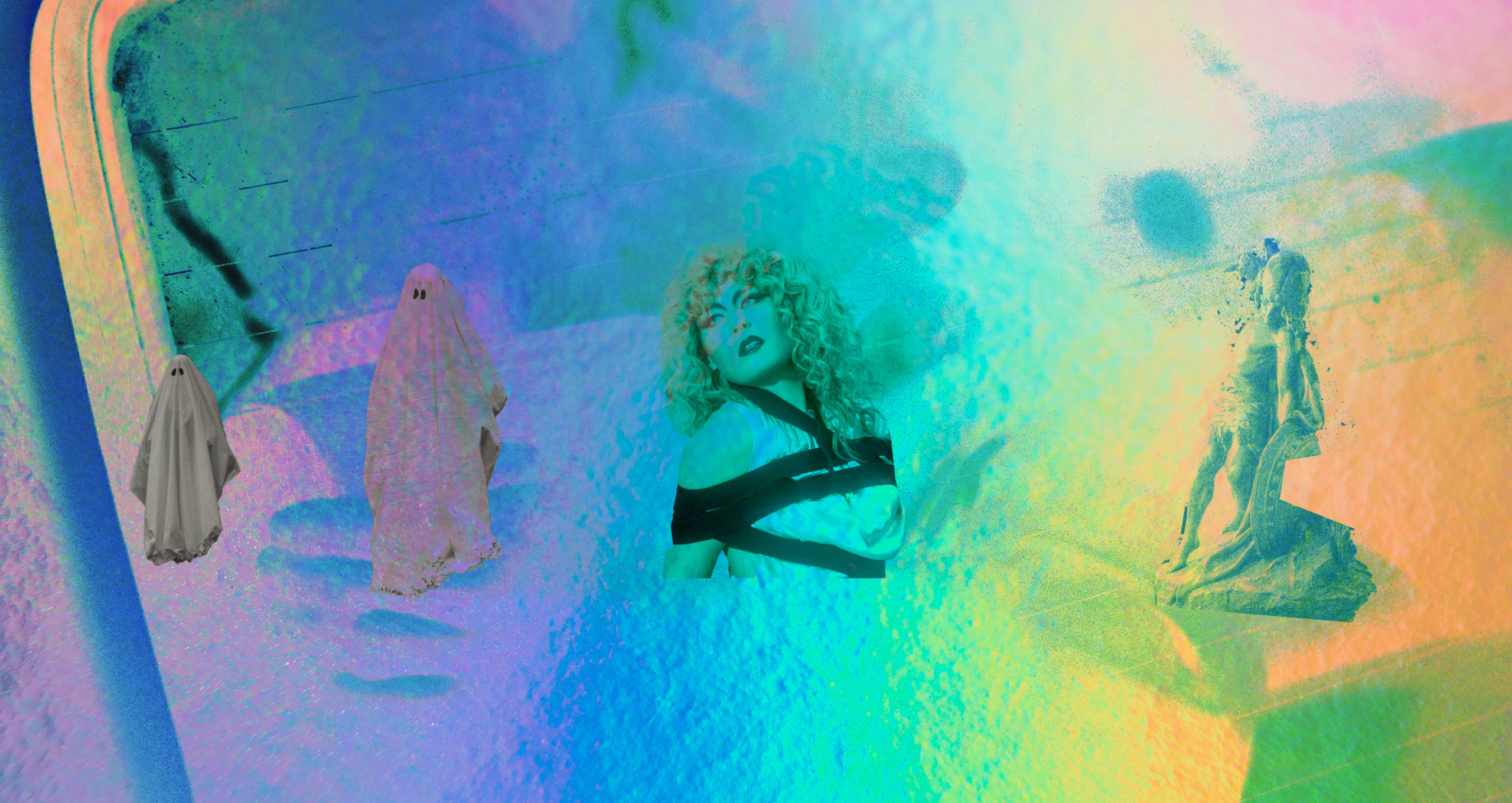 The Soft Boy Records cofounder and Portlaoise musician dropped this 10-track on us in September with little warning. Dog Person is a melting point of styles and sounds. It at once, sounds like an indie record, a hip-hop record, an R&B record, or the cross-section of all three that lends Kean’s music that woozy, wonderful texture. Dog Person deserves more ears.

All the Leaves Are Falling

Nealo is a former hardcore musician turned rapper who is an open book. His debut album is filled to references to the places he travelled to when he escaped Dublin but that the prism of being abroad crystallised his connection to home.

The poignant observations in Nealo’s casual and likeable style of vocal delivery are accompanied by soft-edged live jazz and R&B arrangements and lifted by the presence of vocalists Molly Sterling, Uly, Jehnova and Adam Garrett.

Sometimes you have to go there to come back.

All the Leaves Are Falling was released on DFL Records.

The impact that Denise Chaila had in 2020 has ranged from a breakthrough assertive tune about her identity and name in ‘Chaila’, an impactful appearance on Other Voices Courage series broadcast from the National Gallery and multiple appearance on the Late Late Show to name a few of the biggest achievements for the Limerick rapper, poet and considered thinker.

For her debut mixtape, supported by her two close friends MuRLi (who produced) and God Knows, Denise’s words convey the intent and action of a performer who has learned to lean in to showing her true character.

There are references to mythical, superhero and warriors from to Star Wars, to role playing dragon masters to pharoahs to greek goddesses, peppered with distinctly Irish similes like the Ardnacrusha dam, spice boxes, céilís, and Centra.

This imagery of power is aspirational, for the author and the listener, an empowering and encouraging lift for the soul.

Go Bravely isn’t purely braggadocious. Chaila’s personal reflections borne of self-doubt and self-care are as important as those aspirational elements.

The debut album from Aoife Nessa Frances is teeming with beautiful indie psych-folk melodies and acoustic arrangements drawing from late’ 60s / ’70s folk music. Key to the appeal is Frances’ voice, an all-encompassing timbre that recalls Angel Olsen or Cate Le Bon most recently. A rich palette of instrumentation trundles gorgeously around the imaginatively detailed album

Róisín Murphy’s fifth full-length solo album has a completist sense about it, as all of the tracks were made with the producer Richard Barratt aka Crooked Man / DJ Parrot and some stretch back to 2011.

It’s not an album of absolute bangers that offer big drops or climaxes but it is a smart and artful collection of disco and house-rooted music delivered with Murphy’s inimitable magnetising vocals and words that allude to the smoke and mirror(balls) of hardship, flaws, relationships and desire.

The long-awaited ending to the Dublin rapper’s trilogy brings things full circle, returning to boom bap rap throwback with up-to-date socio-economic lyricism exploring the challenges of the city’s under-represented. That Lethal Dialect approaches these age-old topics with fresh insight and energy gives the album its emotional and lyrical weight.

The Dublin/Kildare five-piece Silverbacks’ debut album is filled with indie and art-rock music delivered with a wryness and a nod to their elders in post-punk, new wave and slacker rock.

Fad features 13 tracks of raucous three-guitar-featuring interlocked music, brash and harmonic. Dan O’Kelly provides the comedic lyrical quips which celebrates and dismantles rock tropes on tracks like ‘Dunkirk’, ‘Just In The Band’ and ‘Fad ’95’ while bassist Emma Hanlon’s vocals on ‘Up The Nurses’ and ‘Klub Silberrücken’ add a contrasting perspective to this engaging debut album.

The album is the third album recorded with producer Daniel Fox of Girl Band on this list.

A year after their huge breakthrough album Dogrel, Fontaines D.C followed it up with a darker, more sombre and less histrionic album.

A Hero’s Death is a better album than the band’s more jangly immediate debut because the songs hit deeper, the music is more accomplished, the vocals more melodic and varied, the lyrics more reflective and ultimately, more truthful. Gone was the guttural and giddy adolescence of Dogrel, instead, A Hero’s Death showcases a more nuanced and less monochrome band, shedding artifice for expression that comes from the experience of their whirlwind lives to date.

A Hero’s Death was recorded with Dan Carey and released on Partisan Records. It’s the only Grammy nominated album on this list.

The debut album from the Galway singer-songwriter Niamh Regan was on of the most revealing Irish albums of 2020.

Making a huge step up in both sound and scope of songwriting in her debut, Regan’s songs on Hemet touch on matters of the heart, growing up, of the duality of thinking of having a child after parental loss, of meeting an old friends/ flames after paths have diverged. People get married, worry too much, give themselves a hard time and can’t sit still.

Hemet is an under-rated gem.

The Dublin four-piece Pillow Queens (Pamela Connolly, Sarah Corcoran, Rachel Lyons and Cathy McGuinness) arrived in 2017 with charming and catchy indie rock songs and by In Waiting, made with producer Tommy McLaughlin in Donegal’s Attica Audio Studio, had found a level of anthemic warmth to wrap that charm in.

The ideal debut album holds in it the DNA of where a band came from and where they are going in one encapsulated snapshot of the present. In Waiting is a beaut of an album, which opens itself up with vulnerable songs about sibling support, grief, queer love and finding solace while getting tangled up in the grip of religious vernacular on Irish life.

“Hold up your hands, shoulders the weak.” Pillow Queens deliver it all with a heartfelt life-affirming and buzzy inclusivity.