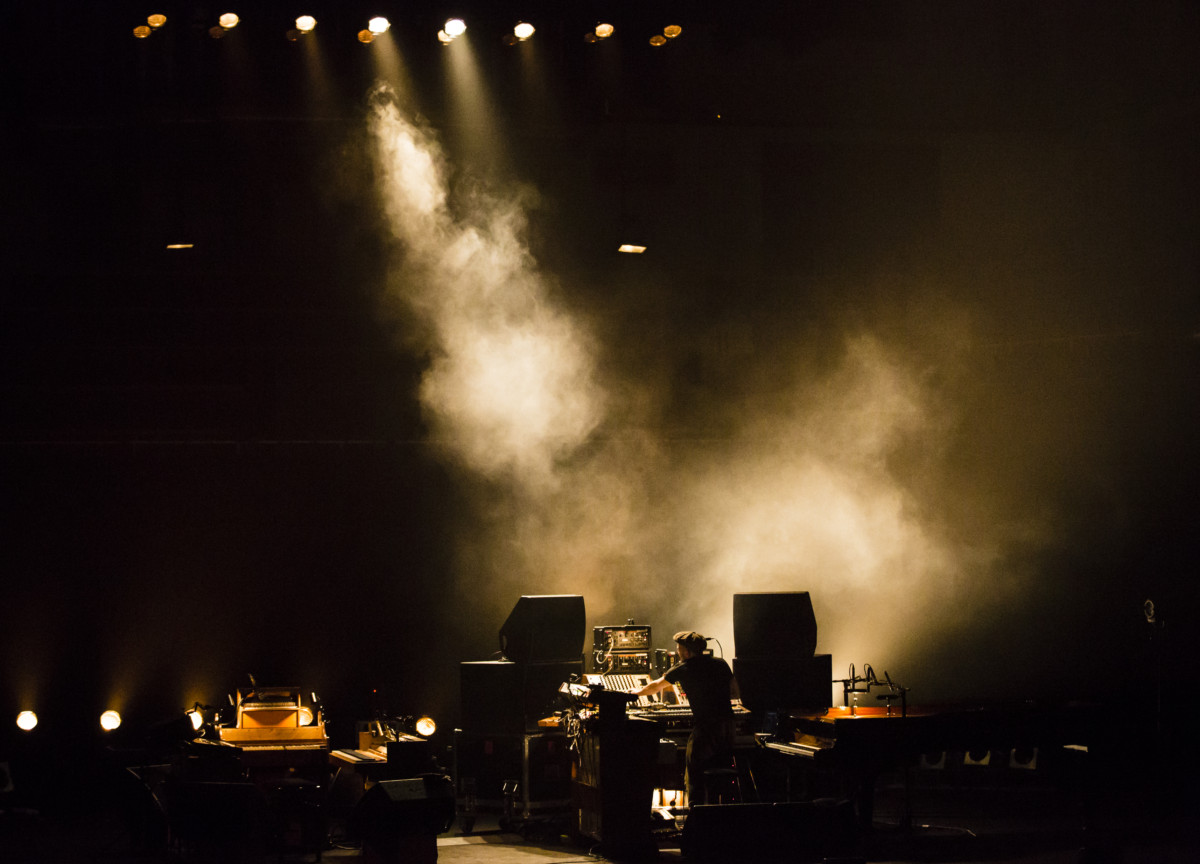 The revered German composer Nils Frahm’s stage setup in the National Concert Hall was a dual one. A large modular synth setup which included a link to an off-stage high-maintenance organ and a grand piano was complemented by a smaller setup of differing-sized pianos where the musician, whose fine new album All Melody was just released, retreated to for the quieter parts, and all lit warmly by fireside-coloured lights.

From the modular side, his set came across as a mix between some crazy 50s sci-fi professor at his bank of buttons, and then a virtuoso when he just let rip with his piano skills. He reserved these mostly for the more intimate moments – though he dropped between both during many songs.

As expected, a lot of the new album was present and the warmest parts of the night. Deep bass sounds were dug up. Between the bigger, louder ‘acts’ within the set were pockets of solo playing so delicate it felt as if they were played on a knife edge.

The continual development of these songs means that nothing you hear live sounds like the recorded versions. The concert itself, almost like one of his improv albums. His humorous mood when talking kept the feeling light but we were still lost in the sounds when he pulled it all back to a barely perceptible key strike, or hit us full on with a vast wall of sound. A considered, warm evening that fit hand-in-glove with the venue, on a pre-cold snap Monday.

You can catch Nils Frahm live at All Together Now Festival which takes place from August 3rd to 5th at Curraghmore Estate, Waterford.
Early Bird tickets are on sale now from €149.50 via ticketmaster.ie. Campervan Passes are priced at €60.00 also from ticketmaster.ie.