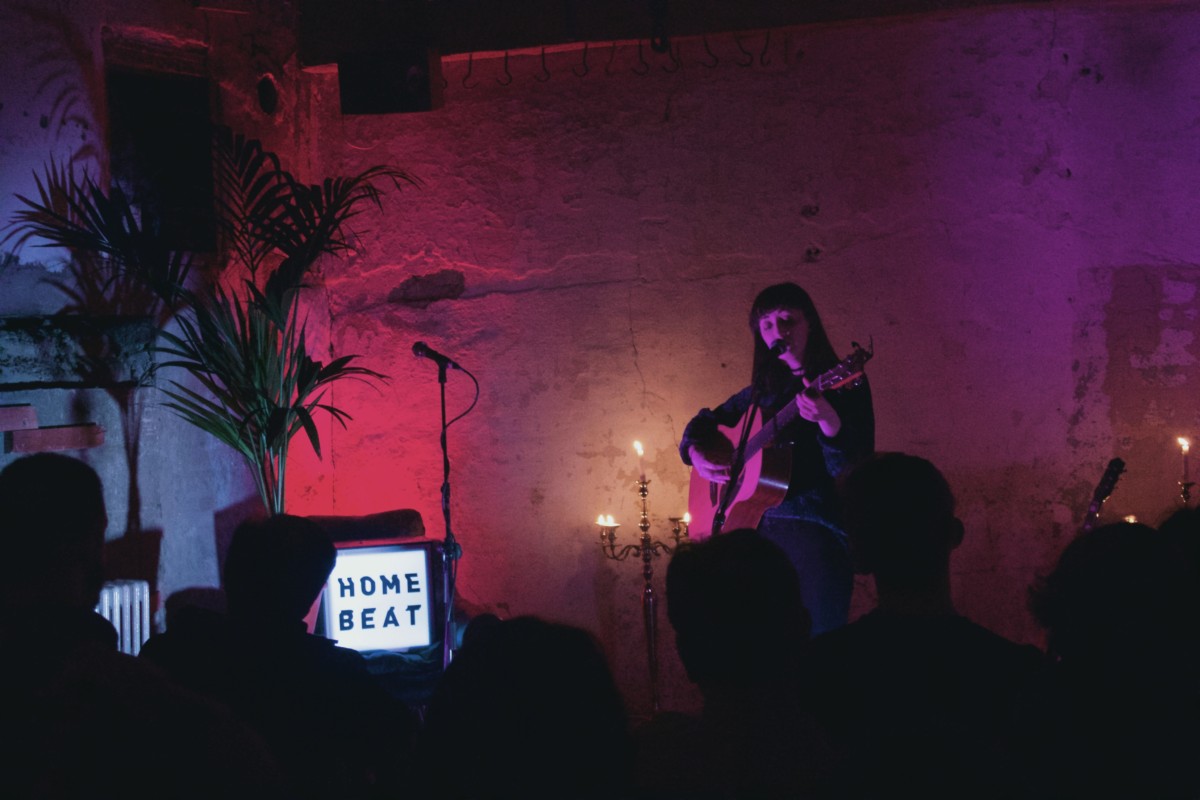 
Last Thursday,  Homebeat launched their Spring 2018 programme with a sold-out show by Maria Kelly and guests in the Fumbally Stables in Dublin 8.

The building, which was originally constructed in the 1750s, and is used by The Fumbally Café team next door for events and workshops has retained some of its original features and the night offered an intimate candlelit setting for suitably intimate performances.

Wicklow native singer-songwriter Anna Mieke opened up the night, who some of you may recognize from the latest episode of This Ain’t No Disco. Anna’s voice embodies tone similar to that of Lisa Hannigan with elements of folk, trad and blues that sets her apart. For her second song, she presented a bouzouki, which she explains was purchased in Greece while she spent a summer there before ending up at a festival in a small town in France where she saw riot scenes of blood and tear gas. ‘Aurillac’, the song that encapsulates a strong sentiment of her experience.

With no music officially released yet, Anna Mieke is certainly someone to be excited about, with a fresh depth of talent and a traditional storytelling ability incorporated into her music. Anna Mieke takes you on a journey to where she has been and where she may yet to be. 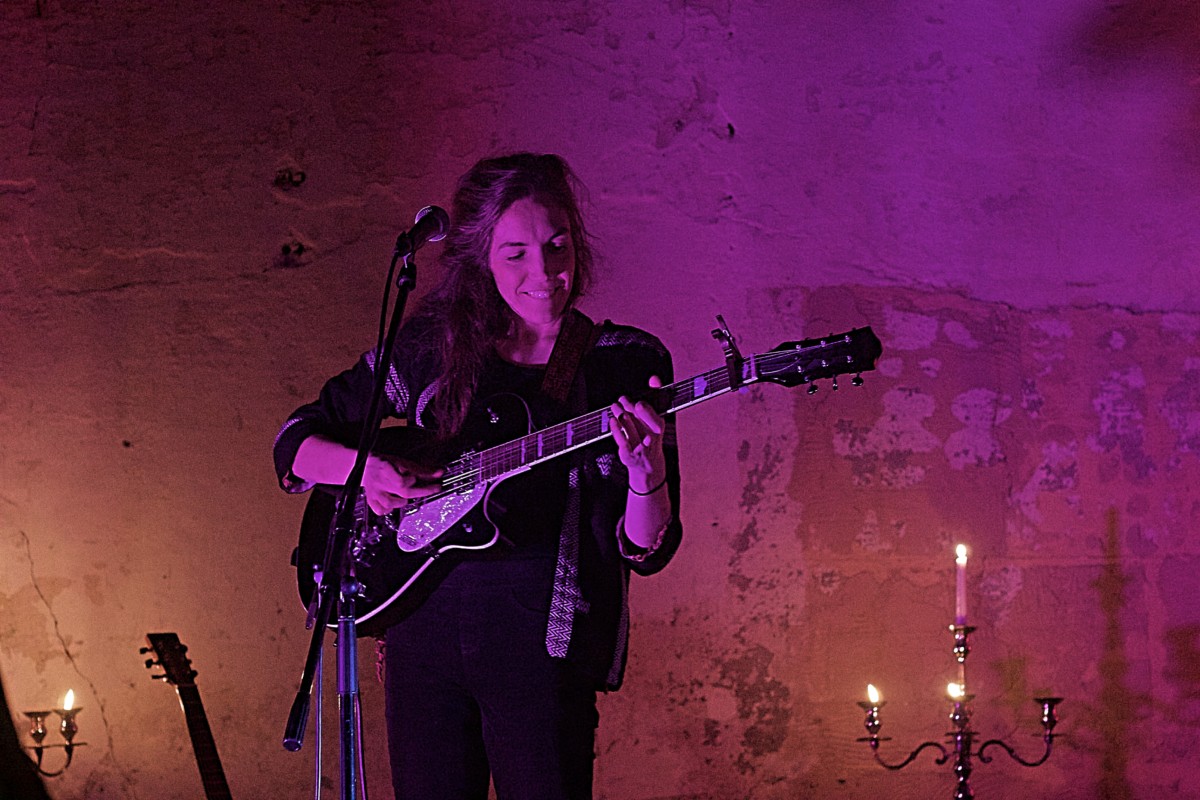 As Maria tuned her guitar on stage the hum of conversation from the crowd was quickly reduced to a sharp silence with the first strum. Maria made her music debut with two years ago with ‘Before It Has Begun’ via Vita Records, an angelic love song that she wrote when she was 15. Tonight, she previewed some of the new material that she has been working which incorporates themes such as mental health and social anxiety. Maria’s songwriting ability can create a space of reflection that resonates, and her multi-toned vocal style compliments this intrinsically. 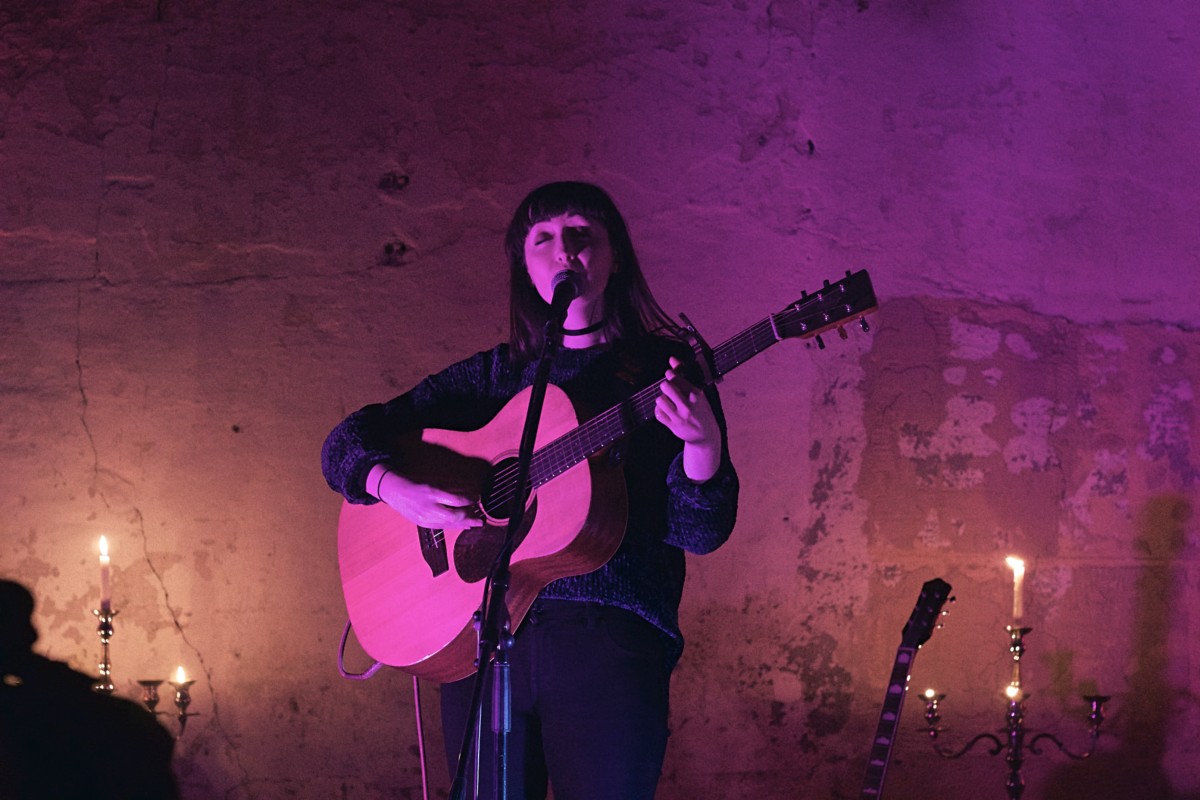 In celebrating the release of new track ‘Threads’ last week, Maria was joined by special guest Ailbhe Reddy with Anna also returning to offer backing vocals. Maria invited the audience to record the performance on their phones with the aim of making a 360 video from the night. All three voices harmonised each other with elegance, and commanded a sense of attention within the room. 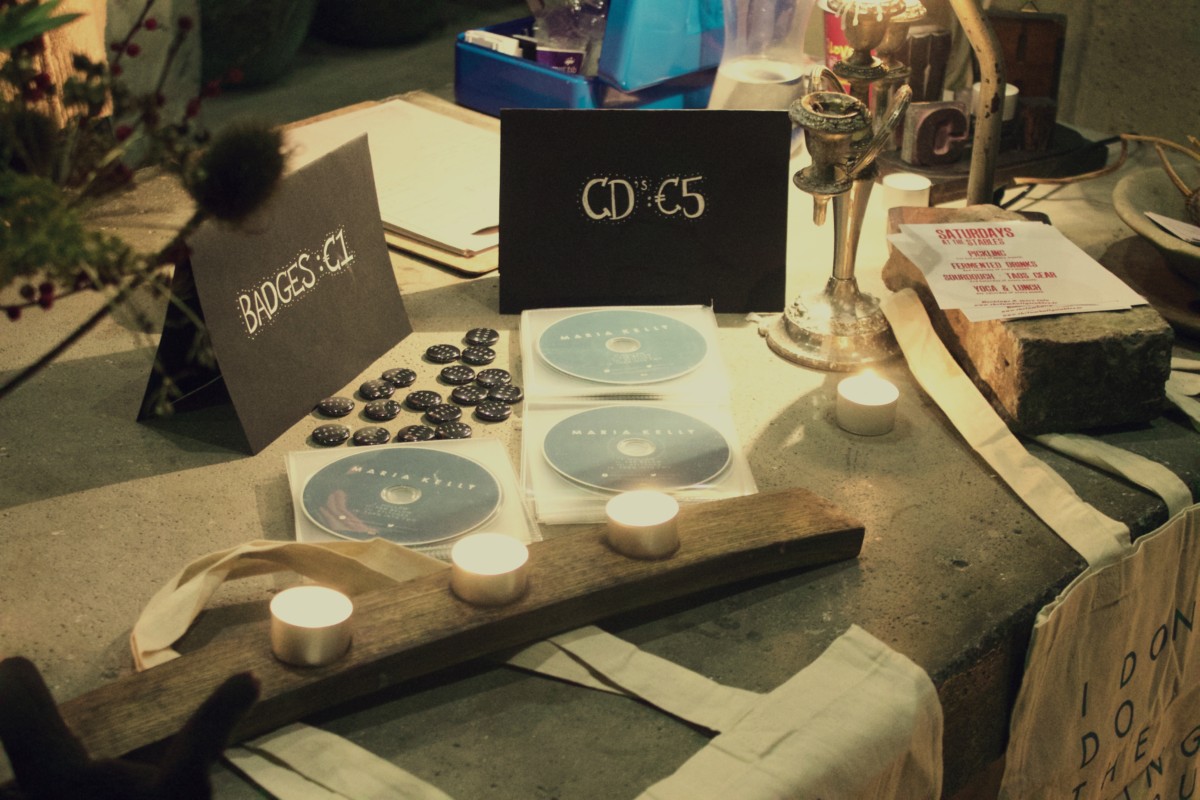 For information on more Homebeat events over the next few month check out their Spring programme here.