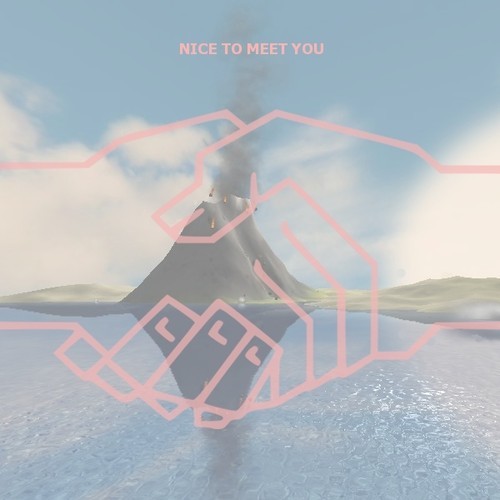 Orlando Fitzgerald’s music as Orquesta already had a global feel to it, through tropical rhythms and exotic sounds. Starting with a place at Red Bull Music Academy and his subsequent move to NYC, Orlando has evolved technically. Which has lead to a name change: Orlando Volcano.

And while the music sounds similar to what has gone before on the new EP Nice To Meet You, the change in name is indicative of a progression coming that is hinted at over the course of the six tracks. Orlando says the music coming will be stylistically different and has been brewing for a while, so this release is likely the last of his sound to date; and he feels it’s more of a goodbye to the Orquesta project.

The EP is a well-rounded, well-constructed collection. The ambient opener of ‘Isa Asleep’ eases us in, ‘Not Like That’ features the rolling vocal of Shadowbox, who adds some extra suspense to the walkabout synth-line, ‘Chimi’ and ‘Lost Chances’ are the kinds of track that defines the Orquesta project, with spatial and bright melodies, wistful sounds and a gentle percussive stamp. The lullaby beat-workout of ‘Ctrl-Alt-Del’ leads to a downbeat denouement, a drift into silence.

Whatever comes next, Orlando Volcano has shown us the talent he has for making colourful, nuanced and emotive music.