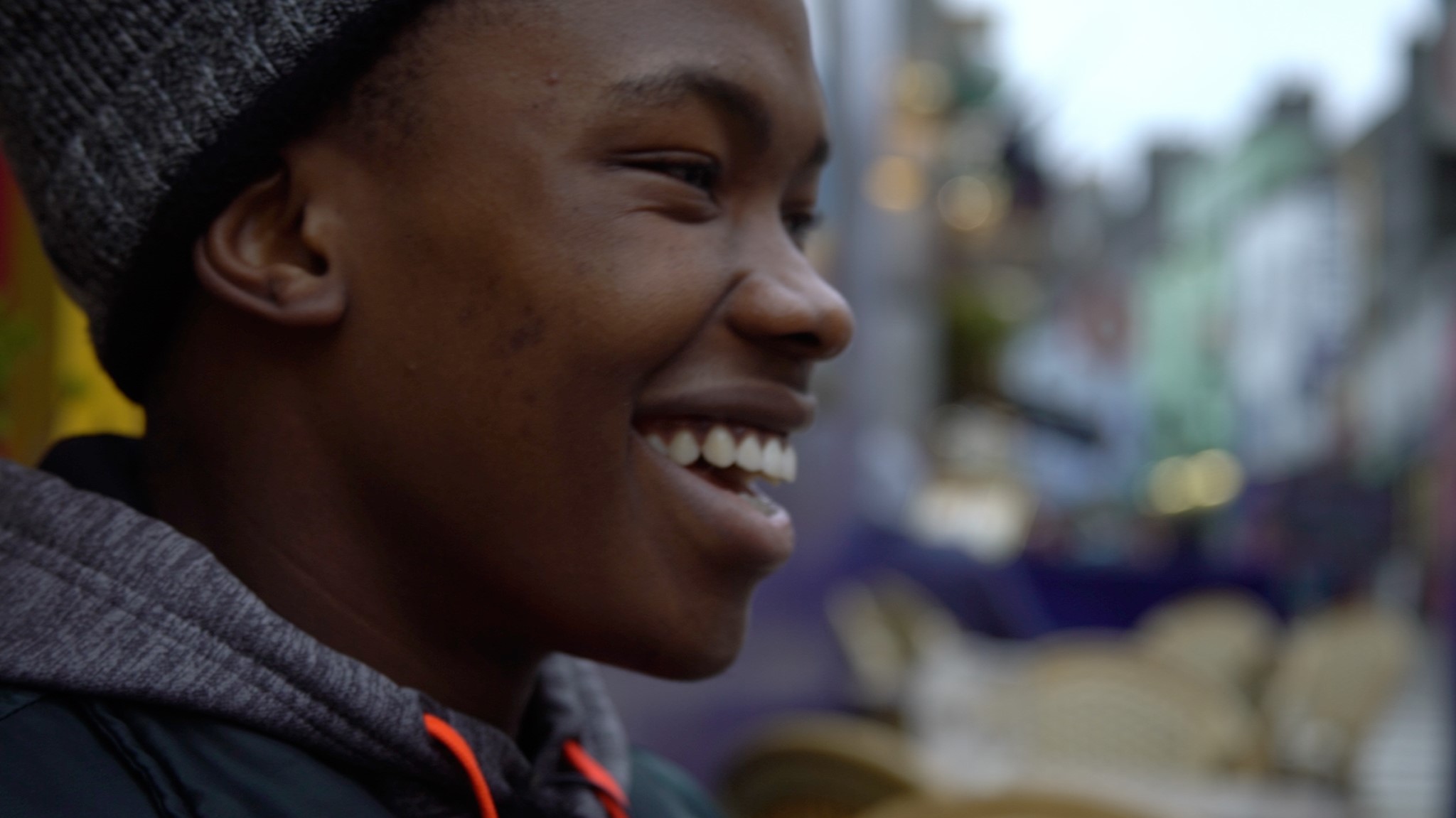 Approximately 6000 people are living in Direct Provision in Ireland today. These are adults, children and families who, facing varying forms of persecution and hardship, left their homes seeking sanctity and safety in Ireland but instead have been met by indefinite institutionalisation, uncertainty and unlivable conditions. One of these individuals is Galway’s Theo Ndlovu.

A key member of Galway’s music community, Theo has been living in Direct Provision for the past four years after escaping persecution in his home country of Zimbabwe. In this time, he has established a warm profile around Galway for his involvement in the scene. Starting off performing at a weekly Open Mic night, he began rapping under the moniker Touché before founding the Atmos Collective which facilitates mental health-focused music and poetry workshops for young people in Galway and hosting and performing at Melting Potluck – a series of Galway events where people living in Direct Provision come together to socialise and cook together.

Elsewhere, Theo is a member of Citóg Records. Despite all this, Theo, alongside his peer Mdu Creative Ngwenya (an NUIG Science student and rapper under the name Black MC) have been delivered deportation orders. Members of the Galway music community are uniting to fight the order and to keep Theo and Mdu where they belong.

“We’ve found out that there has been a number of orders served to the two direct provision centres since Christmas and more on the way,” says Tracy Bruen, Galway musician and friend of Theo and Mdu’s. “It’s all being done very quietly in the pre-election hysteria where it’s slotted in so it’s not going to get the wide coverage that it deserves.” Bruen is helping to lead a campaign drawing public attention to Theo and Mdu’s situation in order to prevent their deportation.

“The community in Galway have rallied around them, people have just gone hell no. Hopefully, we’re also raising awareness to help people who don’t have as high a profile as Theo or Mdu or for whatever reasons aren’t in a position to put their names out there. It is happening, it’s quietly happening and it’s really wrong”.

With the election coming, each of us has a rare opportunity to challenge politicians on their inaction on the cruelty and discrimination that the Direct Provision system is responsible for. The current establishment plays a direct role in maintaining an archaic and hurtful structure, no matter how they try to distance themselves and change can only occur by holding them accountable and refusing to accept a status quo that relentlessly disempowers and treats people like Theo and Mdu like little more than paperwork.

I would ask voters to think about that and to ask politicians on their doorstep, how do you feel about Direct Provision at the moment? Do you feel like it’s humane? What solutions would you bring forward?”.

When asked how to confront politicians on the issue in the coming battle for public support, Bruen says “I would be talking about the fact that there are so many studies that show that a multicultural society and a society that has immigration and people coming into it actually operates better as a society and the quality of life is improved for all. I would ask voters to think about that and to ask politicians on their doorstep, how do you feel about Direct Provision at the moment? Do you feel like it’s humane? What solutions would you bring forward?”.

A key difficulty in current campaigns around Direct Provision is the manipulation of language and far-right’s attempt to hijack the campaign for xenophobic motives. “We had a situation out in Oughterard in Galway which was absolutely heinous. A group of genuinely concerned people were hijacked by the right and by extreme right activists who tried to talk about ‘say no to inhumane direct provision’ and really what they meant was ‘get the immigrants out of Ireland,” Bruen points out.

“There’s a lot of language that on the surface seems reasonable – obviously direct provision is inhumane but you have to look under the surface and see if your public representatives are talking with honesty and compassion and truth and integrity. Ask honest questions and read between the lines”.

The campaign to support Theo and Mdu is in swing and there are plenty of direct actions that can be taken to help. “Write a letter to Charlie Flanagan telling him that this is completely unacceptable and that you’re aware of these deportation orders and all the reasons you disagree with them,” offers Bruen. “There are petitions online for both Theo and Mdu that can be signed and there’s a fundraiser online for campaign costs and if you’re in Galway you can come to a fundraiser tonight”. More action can be taken at an upcoming rally in Galway on February 1, hosted by a selection of local organisations. All links to support are below.

Direct Provision is a cruel system that should rile up anyone’s basic instincts for decency and compassion. To see government inforced inhumanity and degradation towards people looking for the most basic needs of safety and community is a travesty and something that goes against what it means to be human. For both Theo and Mdu, and every other individual in this system, we must take a stand and say that we will not allow this to continue.

As Tracy succinctly summarises “This is our generation’s Magdalene Laundries. We’re going to look back on what’s going on here – on the institutionalisation of these people and I hope we’re going to hang our heads in shame in a number of years”.

There is a fundraiser tonight for Theo in Galway’s Roisin Dubh with performances by Touché, Black MC, Tracy Bruen and many more. Doors at 8pm.

How to help:
Rally in Support of Theo Ndlovu & Mduduzi Creative Ngwenya
GoFundMe for Theo
Petition for Mdu
Petition for Theo