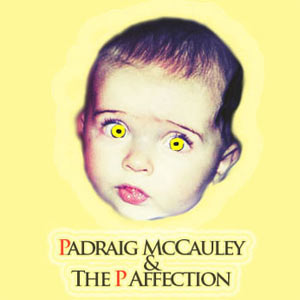 Check out this free to download debut album from Naas-based Padraig McCauley & The P Affection. I first featured two of his tunes here almost a year ago. It’s a release which runs the gamut of indie-pop, rock, ska, synths, and folk and results in a confident and ambitious debut album. Listen below or download via Bandcamp. Good to see Naas offer up some good music for a change*.

3 Previous EPs are also available for download. Listen to Padraig explain the origins of the band on Cathal Funge’s I-Con show.

* In joke applies to Newbridge people and surrounding areas only.