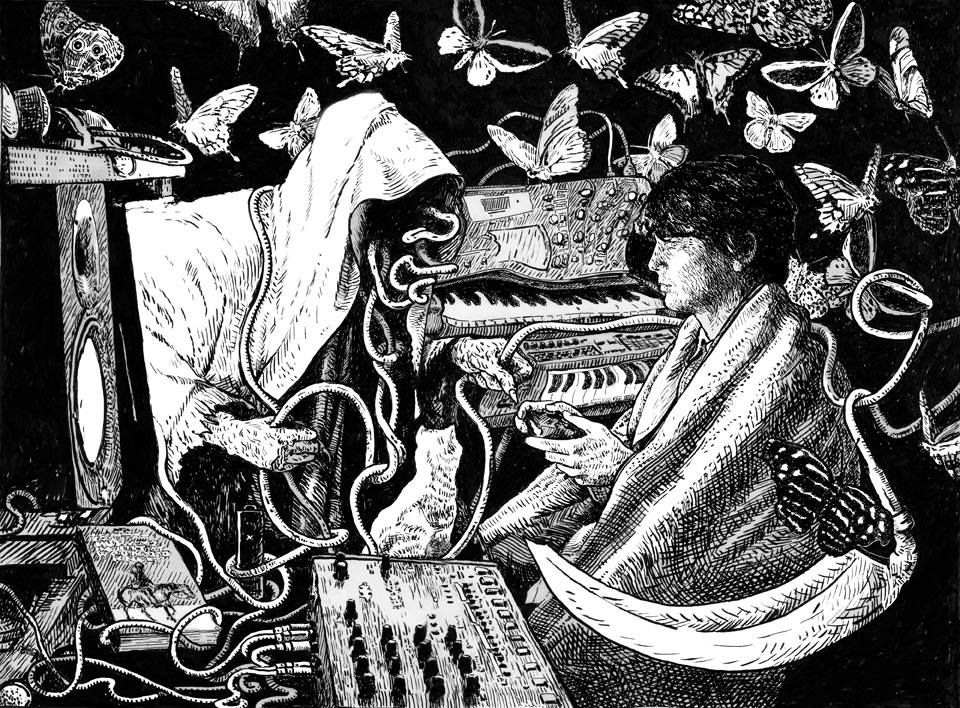 Panda Bear in 2014 is a long way from the Panda Bear that made his debut Person Pitch in 2007. That album was nostalgic, sunny and lilting. Since then, Noah Lennox’s music has got increasingly more sharp-edged.

Case in point, new song ‘Mr Noah’, is closer to the sound of Aphex Twin’s ‘Windowlicker’ or the Prodigy’s ‘Firestarter’ than it is the Beach Boys. It’s from a new EP released today called Noah (on Spotify too). The rest of the EP is less harsh and more harmony-driven but still quite murky.

The song will feature on the Animal Collective member’s fifth solo album When Panda Bear met the Grim Reaper (they jammed, apparently) which is out on January 9th on Domino. Lennox says: