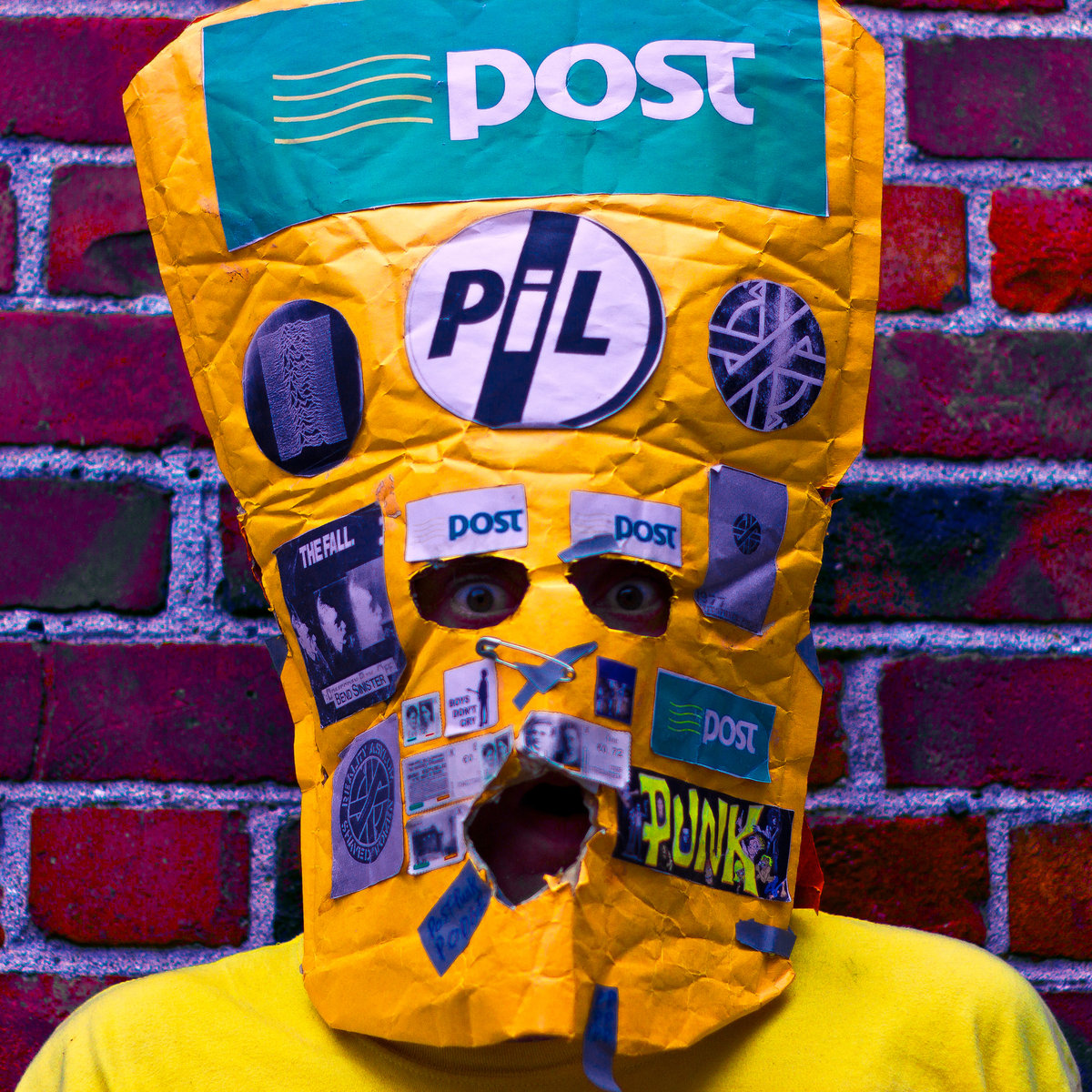 Limerick is amid something of a cultural moment right now, the result of years of creativity and collaboration among its artists. The work undertaken throughout the recession years by promoters like Bad Reputation and DIE, multimedia professionals like Crude Media, and community-minded musicians like Windings’ Steve Ryan & skratchologist Naive Ted has paid off. A new generation of bands and artists has emerged, with MusicGeneration Limerick providing a space to jam, make mistakes, and work alongside the city’s music scene, setting the foundations for wildly innovative and innately resourceful music across the genre lines, from yiung bands like PowPig and indie/punk collective DIY LK’s stable of bands like Cruiser, Casavettes & Eraser TV; to the city’s lauded hip-hop scene, where artists like Same D4ence, Jonen Dekay and Choice winners Rusangano Family cut their teeth.

Enter Post-Punk Podge, who’s distilled the essence of what’s been going on Shannonside into fuzzy, beatsy broadsides, with the help of many of the aforementioned. In typical form, even his name is steeped in reverence for his cultural influences. “Post-Punk Podge is a name given to me by Naive Ted whilst we were recording together, because of my love of all things post-punk, and it just sort-of stuck. I thought it was quite an arrogant thing to stick a genre before my actual nickname, so I decided to represent it in a comical way, by having an envelope on my head covered in stamps, An Post slogans and post-punk band logos. Like when Johnny Cash wore all black for the poor and down-trodden, I am wearing an envelope to flip its image in Ireland from one of corruption, deception and greed, to one of self-expression, defiance and laughter.”

Podge’s soup of influences and circumstances manifested itself in earnest with ‘Post-Punk Election Party’, released in May of 2016, right as election season was heating up. Melding crass humour with musical references and scathing political critique, the single set the tone for what was to come, and set in stone the DIY process that has characterised his music. “I downloaded some motorik drum beats, and burned them onto a CD. I am not the most tech-savvy person, so I looped the drum beat using a CD deck and started jamming over the beat on the bass. I recorded the jam and the very first bassline really stood out. I had become politically active in the water charges protests, and basically wanted to express the anger and frustration I felt and heard from many people in my community. Limerick was ravaged by austerity from the fallout of the banking crisis, and is still feeling the effects. I was walking around, looking at all the election signs, and suddenly had a eureka moment. The title just came to me. I ran home and started imagining what a post-punk disco would look like in the Dáil bar, linking all the politicians’ actions with song names and band titles. It is a satirical jibe at the state of their incompetence, and how they and many Irish people just laugh it off. There is nothing I could say in a song that is as bad as their idiotic and selfish actions… plus the image of Joan Burton drinking piss from a slipper is something I needed to get off my chest as a lyric, because if I didn’t it would still haunt me.”

‘An Lucht Síuil’ was the follow-up single, recounting historic Traveller rights struggles in light of the Carrickmines fire in 2015, as well as the subsequent civil/human-rights debates. Informed by Podge’s background in trad fiddle, the process of creatively outlining these events and the institutional inequalities that informed them happened alongside Naive Ted, opening the account on an ongoing collaboration. “‘An lucht siúil’ is the old Irish name for the travelling community, which translates directly as ‘the walking people’. I did more research on the fire, and read many articles on the incident from many different papers and forums. I wanted to remember the victims of the fire as normal everyday people living in poor conditions who were let down by the state, which is what it boils down to. It’s sad to say, but many Travellers are living on the fringes of Irish society, and are often all tarred with the same brush as anti-social, or a problem, or a threat. This is simply untrue, a form of racism, and I felt it needed to be addressed. It is supposed to be an attempt at 21st-century Irish music, blending the electronic with elements of the traditional and storytelling. (Cruiser man) Chris Quigley, who produced the track, helped bring out the trip-hop influence in the drums, and helped me layer the vocals.”

‘Stark Raving’, an EP created in further collaboration with Naive Ted, followed as part of his ‘The Minute Details’ series of extended-players, released via Limerick hip-hop outlet The Unscene. Directly confronting Podge’s experience with mental health services in Ireland, the record was a new challenge for him on numerous levels, as it pushed him creatively, and allowed him to highlight issues regarding mental health in Irish healthcare and societal attitudes. “Working with Ted was completely uncharted territory for me as I had never put lyrics to somebody else’s music before, and it was a happy accident, really. When we started working together, he got me in to record bass and violin over some beats and then he recorded ‘Post-Punk Election Party,’ and liked my voice so I had a lash at doing some vocals to some beats. I was a big fan of his work, so it was kind of a big deal for me, and I knew I had to be on top form. ‘Running’ was the first one I tried writing lyrics for, after I played some bass on it. I wrote the lyrics to that song as a form of self-help to deal with my own issues and experiences of the mental health services in Ireland a few months before. Little did I know they would end up on a techno tune. It’s based on a real conversation I had with a psychiatrist whilst I was ill in hospital. He didn’t really care about how I felt, or what I was saying, he was anxious to just prescribe me drugs, and he felt that after a few weeks I would be fine. I was far from fine, and ended up self-harming.”

Amid the wider conversation of mental health in music at present, Podge has his own opinions regarding an approach in the Irish system he feels is overly uniform considering the individual nature of cases, reflected in the EP’s themes. “CBT (cognitive behavioural therapy) is not widely available in Ireland through the health services, and this is a systematic flaw that needs to be addressed. This therapy, as Blindboy Boatclub has also pointed out and covered more in depth, is brilliant for developing coping strategies in dealing with depression and anxiety. Obviously, a combination of therapy and drugs is what is needed, but at this time, my life was very blurred by drink and drug addiction, and more drugs was a cop-out to me. I felt the system did not help me or particularly care. The three songs are a rave suite, and lyrically it may sound very abstract, but it’s based on my own personal experiences of the mental health services, psychosis, depression, raving and recovery. I found expressing myself lyrically through those songs, as a great form of therapy for both myself and hoped it would help others. People have told me that the words have helped them, which is worth more to me than any record sales. I embraced taking drink and drugs as a coping mechanism to deal with my own issues, but it just made me ill. The song ‘Once a Week’ focuses on revelling in the escapism of raving and music, to leave your worries behind. It was the music that I always really loved more than taking drugs and sessioning and that’s what I get a natural buzz off of now… art as a means of survival if you will.”

New single ‘Revolution!Yeah!’ continues in a similar, noisy, riffy vein, joined by live collaborator Dr. Asparagus Montague. With Quigley resuming his production role and mastering specialist Richard Dowling lending his expertise, it both sets the tone for an upcoming release and occupies its own place in Podge’s expanding body of work as a standalone single. “It was written primarily on bass. So was most of the (upcoming) E.P. bar the last song, ‘Pause for the Apocalypse’ which was written on violin and viola. Kind of like Steve Reich and the Chemical Brothers boxing the heads off of each other, while I shout about the apocalypse and social unrest over it. Post Punk Mam recites some poetry to cap it all off. The name of the EP is ‘Post-Millennium Tension’ and talks about oppression, paranoia and fear that we all feel. It’s a scary reality we are in, why not dance away your fears and get that negative energy out of you?”

Podge and the good Doctor are away to Westmeath for Body and Soul this weekend, appearing on the Bulmers stage among some of Ireland’s most vitally important underground voices. It all foreshadows a busy few weeks for the duo, leading to the EP release this summer, and beyond. “We are going all out to subvert reality, make people lose their inhibitions, and have the craic. We’re playing a good few dates, then, until mid-August, when we launch the EP in Limerick. A support slot with our pals TPM in Dublin’s Sin É on July 6th, Valley of the Arts, Townlands, Knockanstockan and Arcadian Field. We will keep releasing music until the end of the year and chance our arms at mashing a few more genres together. Post and punk never sleep.”

Post-Punk Podge and the Technohippies appear on Sunday night at Body and Soul, appearing on the Bulmer’s Stage at 12.15. New single ‘Revolution!Yeah!” is streaming above and available on all streaming services this weekend.

Premiere: Bobby Basil runs through reality and self-image in video for ‘I Don’t Get Enough’