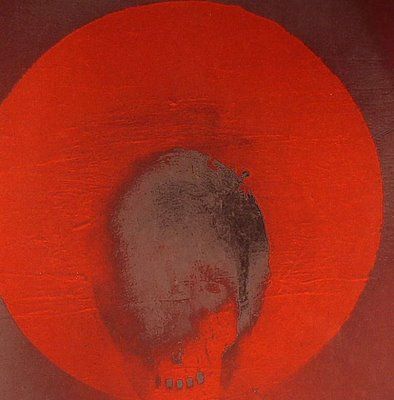 Today, sees the release of a limited edition UNKLE 7″ ep A Prelude to War Stories, basically a sampler for the forthcoming third album War Stories on 9th July. James Lavelle has described the album as “rawer than ‘Psyence Fiction’ and Never, Never, Land although it’s more in the vein of the traditional singer/songwriter. If the first record was UNKLE does hip hop and the second record was UNKLE does electronic, then this one is like UNKLE does rock.”

I have a soft spot for UNKLE ever since I received Psyence Fiction (I like successful genre bending albums) as a birthday present nearly 10 years ago. HOLY SHIT! On War Stories, Lavelle and File will be joined by Ian Astbury (The Cult), The Duke Spirit, Gavin Clark, Autolux and older contributors Josh Homme (QOTSA) and 3D (Massive Attack). Judging by the press shots, the album was recorded in a desert somewhere.

“Chemistry” below is from the EP and also the album and is a instrumental rocker with Josh Homme on guitar. “Blackout” is a 7 minute atmosphere-laden trip hop tune that wouldn’t sound out of place on Mezzanine and is taken from the recently released Self Defence boxset. I’ve also included the UNKLE remix of DJ Shadow’s “GDMFSOB” featuring a certain Root tee toot Manuva. Certainly looking forward to their live set at Electric Picnic in September.

One more thing, why do UNKLE receive so much vilification from music critics and fans? For example, Psyence Fiction was picked as one of the worst albums of all time in Select Magazine back in ’98. Why in particular does James Lavelle receive so much scorn? Is he considered talentless? Narcissistic? Or did he cleverly blag his way into an enviable position on the back of an UNKLE merchadising blitzkrieg? DJ turned Musician syndrome? Whatever the reason, the aggression seems intense. Leave a comment if you have a clue why!