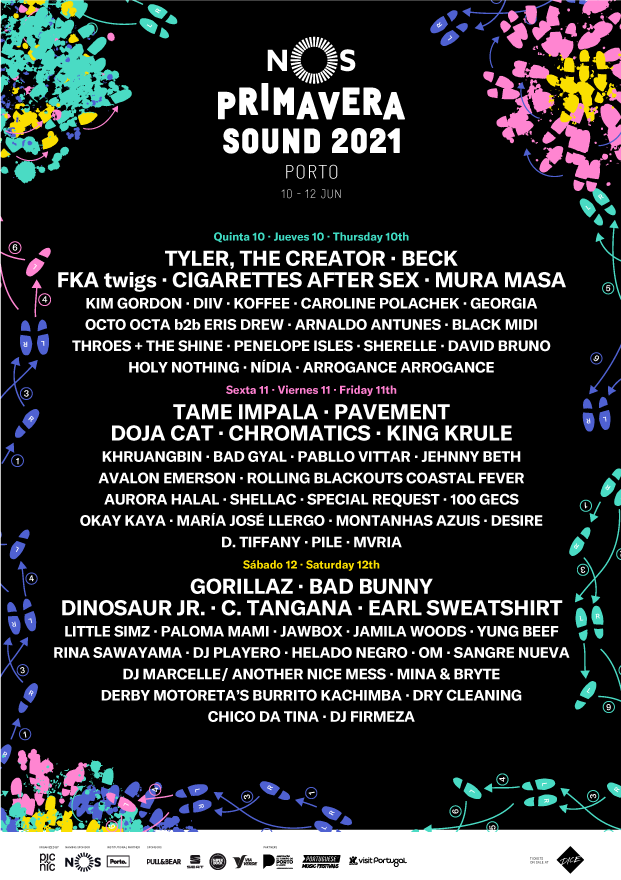 Now that Primavera Sound in Barcelona next year is officially sold out a year in advance, the festival’s sister festival Primavera Nos in Porto has announced its lineup for 2021.

As with other years, it features a decent wedge of the Primavera Sound Barca lineup albeit reduced overall.

It takes place in Porto from June 10th to 12th next year and weekend tickets start at €120.

Dice are currently selling tickets in advance of Thursday’s official on sale date.