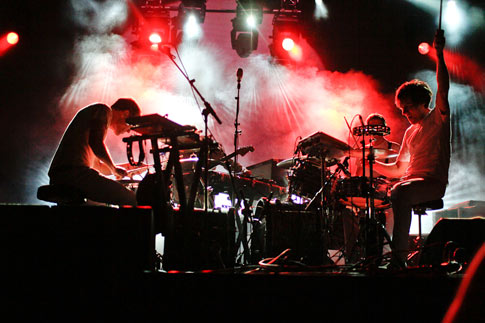 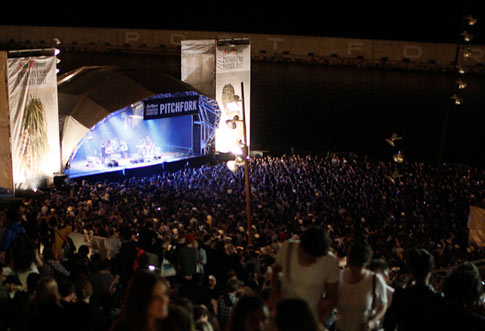 All photos by Alan Moore.

For a change I decided to go to Primavera Sound in Barcelona as a punter and just enjoy it without writing about it. But once a blogger always a blogger…

The ATP stage with its leafy trees and side-stage stadium steps lent itself to a whopping set from Dan Snaith and company. The last time I caught this band properly, was gig in Whelan’s while touring Andorra. This time around, as those who witnessed their recent gigs will attest to, the band have gone into orbit. The songs from Swim were made to be played in a setting like this, live dance workouts, that pushes and pulls in all the right places. Sublime.

Get a ticket immediately for Tune-Yards European tour if she hasn’t hit your town yet (Dubliners – June 17th in Whelan’s). What Merrill Garbus can do with a loop pedal, ukelele and drums on her own is truly phenomenal in itself but that she does it with a huge smile on her face and a mountain of infectious energy is the ultimate selling point. Extra props to the multi-tasking band on brass, various percussive implements and bass. A Tune-Yards gig is an experience of elation and nowhere is that more prevalent than ‘Do You Want To Live’, a song she plays live but has yet to appear in recorded form. This song gets me every time.

It might have only been a DJ set but Jamie kept everyone at the Pitchfork stage going for over an hour and 15 minutes with a bass-heavy set. In the mix was Ramandanman, ‘Rolling In The Deep’ Heatwave remix, and tunes from his Gil Scott-Heron remix album. It’s unknown at this point whether Jamie himself was aware of Scott-Heron’s death at the time, news had just broken online via Twitter during the set so hearing ‘I’ll Take Care Of You’ mere minutes after finding out was a poignant and sad moment. 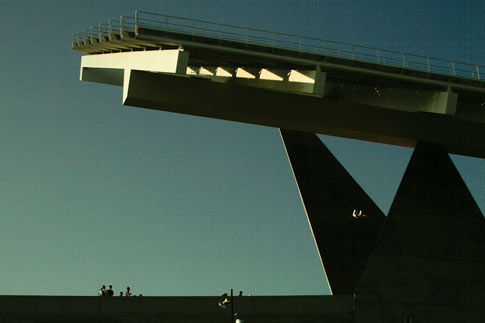 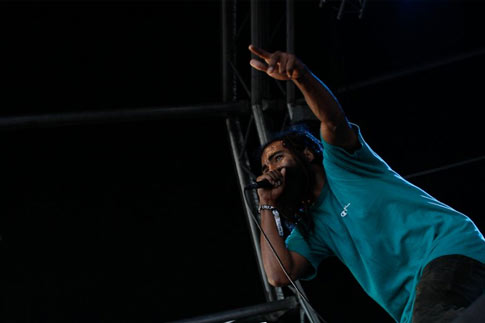 An incoherent set that displayed none of the nuance present on A Sufi And A Killer. Instead, there was incoherent babbling, metal thrash live histrionics, a drummer who stomped the stage like he had lost his mind, apparent on-stage fighting, awful improvisation and lots of silence between songs. It also appears organisers couldn’t get them off the stage. Hilarious yet shambolic. Lesson to promoters: do not let complete stoners on the stage to literally run wild.

Whoever advised the organisers of Primavera on the use of QR codes for thousands of festival transactions was some swindler. On Thursday after a whole week where the festival’s online Portal was sporadically working, the cards which were supposed to be used for bar transactions were useless with only the main bar seemingly in operation. Whether the iPads used were late in delivery or what, there was no excuse for a lack of a contingency plan. They were using the barcode on each card to register people upon entry and exit so why couldn’t they use that at the bar? A barcode is surely much more effective than a QR code, a camera and an iPad which were in short supply all weekend at the bars. Also, if each bar has at least one iPad for transactions, then please, mark it with a sign and don’t expect people to rejoin another queue due to your lack of efficiency.

It definitely seemed like there were many more people present than the last time I was there in 2008 and from previous years. The addition of new stages and spaces didn’t seem to help much as queues were pretty much everywhere. Maybe cap the attendence at 35,000 rather than 40,000 or don’t oversell it? 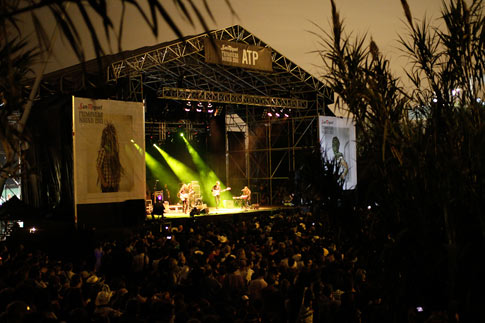 Having said that, Primavera is an amazing festival set in a gorgeous city and Parc Del Forum with its natural amphitheatre, massive solar photovoltaic plate, stadium steps and setting by the sea is a perfect setting for a festival. You can spend your afternoons at the beach in Barcelonetta or eating tapas in the Gothic Quarter and enjoy a discerning music festival by night.

Primavera treats its attendees like adults which was something that was said to me a few times over the weekend. For example, the Pitchfork stage is surrounded by water from the port, yet no security was visible around the perimeter except some plain metal fences. You can avail of the bar until 5am, security moving people outside the arena were hilariously letting punters sing through their megaphones and there was a distinct lack of the typical festival nonsense you’d get in Ireland. What a nice sunny break it is away from muddy fields. Even the hipsters love it.

Win tickets, flights and accommodation to Exit Festival in Serbia