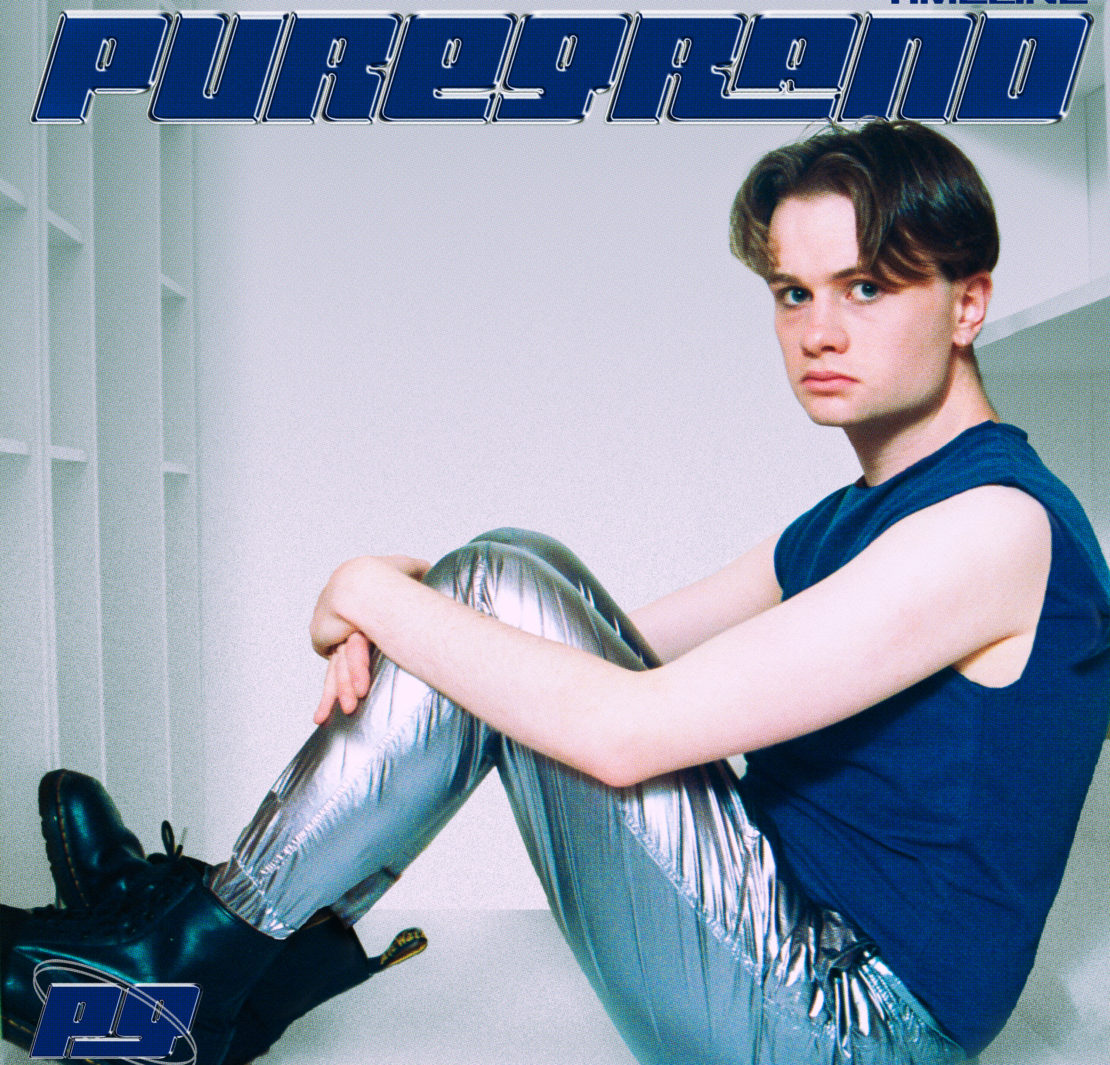 Luke Faulkner is the self-proclaimed part-time pop star and photographer behind the project Puregrand, which in the past, has drawn from ’80s synth-pop as an inspiration. Witness the throwback fun of ‘Last Bus’ and ‘Pink’.

The latest Puregrand song is equally as indebted to the past in the best way.

‘Timeline’ is an evocative song about “the frustrations about being stuck in a point in your life beyond your control and the pressures and conflict between different generations that come with that.”

Faulkner says the song has more of a ’90s influence, and the artwork certainly feels like it.

Watch the video for featuring the queer artist’s unique vibe directed and shot by Eleanor Rogers, which was edited and graded by Luke himself.