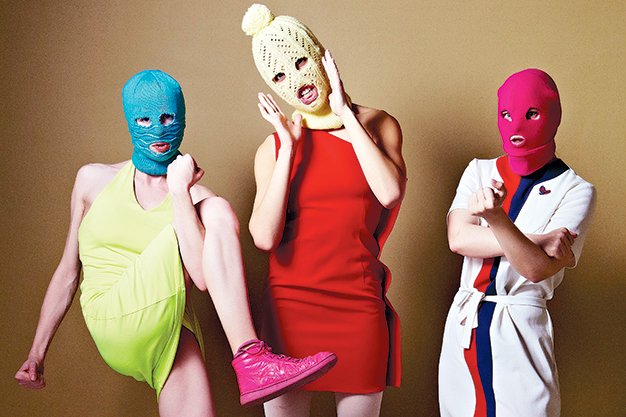 Pussy Riot, the Russian activists and artists known for antagonising the Kremlin in protesting for free speech, anti-dictatorship, feminism and LGBT rights to the point where Putin jailed Maria Alyokhina, Nadezhda Tolokonnikova and Yekaterina Samutsevich for “hooliganism motivated by religious hatred” are coming to Ireland and Northern Ireland.

Since they we released from prison, they have advocated for prisoners’ rights too and Maria Alyokhina has written a memoir called Riot Days that is out in September. Accompanying the book will be the touring play Riot Days that promises to mix “punk, electronica, theatre, documentary footage and protest”.

The show, directed by Russian theatre director Yury Muravitsky, has Alyokhina retelling the story of the guerilla protest in a Moscow cathedral that lead to the imprisonment. It features fevered monologue, footage of the actual arrest, noise-punk music from Pussy Riot and goes on to tell her story of strip searches, solitary confinement and beyond.

The shows take place at:

Tickets priced €20/£19 go on sale this Friday 21st July at 9am through www.ticketmaster.ie & usual outlets nationwide.