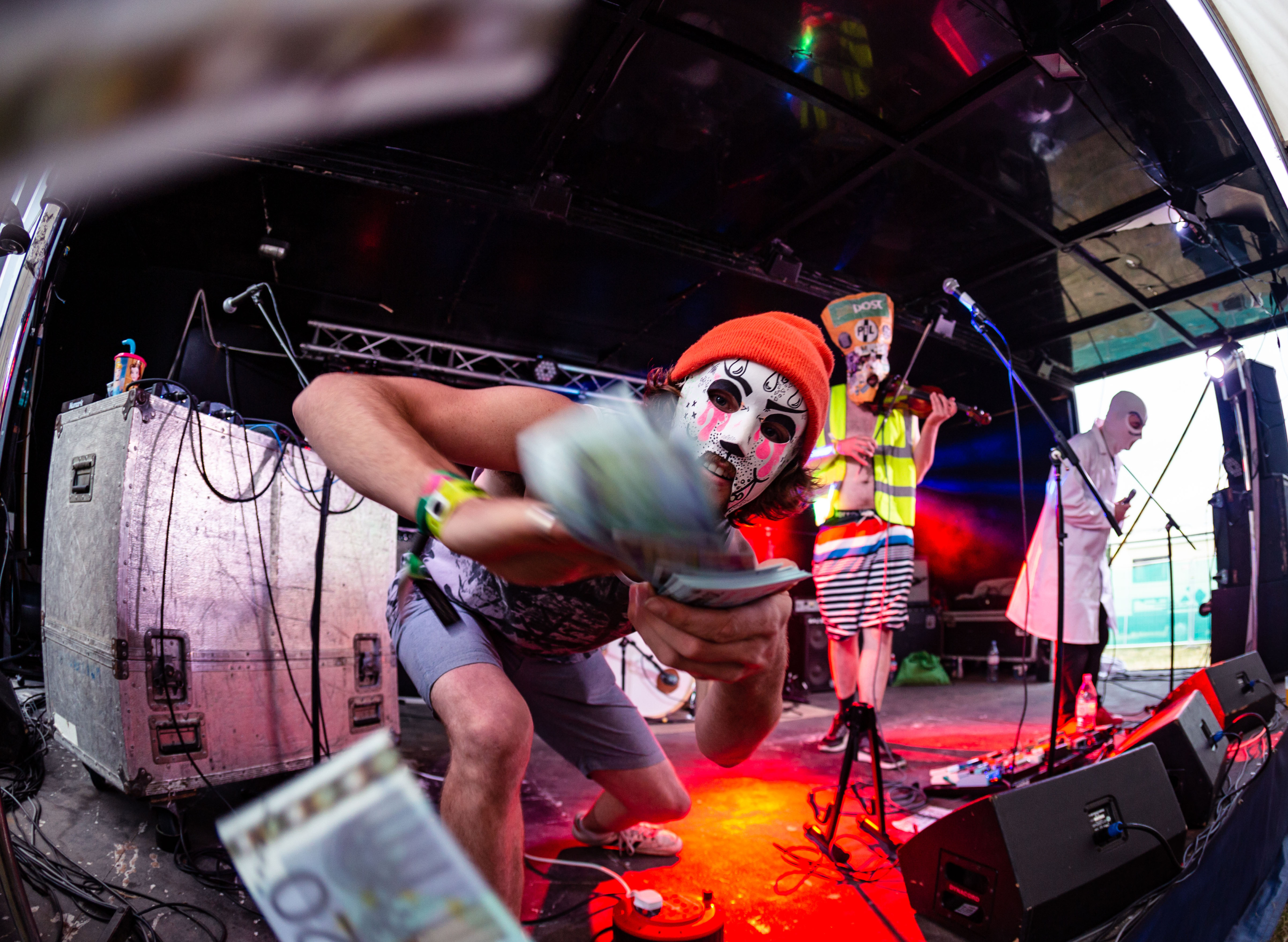 Ahead of the festival’s launch party this Friday at the Roundy, the heads behind Quarter Block Party have today announced the full line-up across music and arts programmes for its 2019 edition, happening February 8th to 10th, up and down the city’s historic Main Street areas, and at venues around the city.

Headlining the music billing is shoegaze-inflected soloist Hilary Woods, recently signed to Sacred Bones, with an intimate show at the Triskel’s Christchurch room. Le Boom return to the festival after appearing at a jointed An Spailpín Fánach last year, while four-part harmony ensemble Landless bring the best of musical tradition from around the world together seamlessly, performing unaccompanied.

Neo-soul/R&B Corkonians Shookrah also return to QBP billing, off the back of the release of new single ‘Flex’, while Kerryman Junior Brother flexes his own fusion of transatlantic folk influences. Coming seemingly from out of nowhere this past year, Post Podge and the Technohippies (pictured) have blown heads away with a hyperkinetic live show that matches the fury and innovation of Podge’s punk-kraut-electro noise.

Meanwhile, Friday night sees Dali on Carey’s Lane being taken over by some of the best DJs in the country: Laura Lolz, Cáit, Endrift, and Eliza handle the decks, topped off by a live performance by downtempo electronic act Gadget & the Cloud.

Dublin Digital Radio will also return to the festival to broadcast the station live, with shows  featuring some of its regular Cork hosts.

Presented by Makeshift Ensemble and Southern Hospitality Board for the fifth year running, the festival will sprawl through the city’s streets and venues with over 50 music, art, and theatre performances.

This year will see Quarter Block Party expand across the city for the first time, with pop-up events happening in unique locations. Audiences will relive legendary Leeside club night SWEAT, dance late into the night on Douglas Street, and partake in an array of multidisciplinary arts events and workshops.

Festivalgoers can gain access to events through single event tickets available individually from this week, or with Bundle Passes: €25 + booking fee for three shows, or €50 + booking fee for 6 shows. For more info, check out quarterblockparty.com.