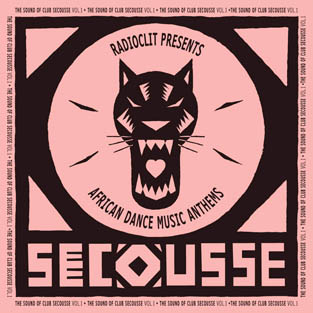 Radioclit Present: The Sound of Club Secousse will be released worldwide on October 19th.

“We launched our Club Night Secousse in 2008 with a simple challenge in mind: to bring people together and promote worldwide ghetto culture. It felt like nightlife was getting more and more segregated everywhere we went, with less and less connections between the Afro scene, the gay scene, the hipsters… Mainstream music culture was becoming an oppressive and stagnant machine, dance music was stuck and our interest in hip hop was quickly fading out. We were thirsty for exotic sounds, and started exploring as many local ghetto scenes as we could.

“All the tracks on this compilation have won their title of ‘Club Secousse Anthem’ by getting played again and again in London, Paris, New York, Stockholm, São Paulo, Moscow and everywhere else we travelled to. They never fail to get people moving. They represent everything we love about ghetto culture: the ability to create something with nothing, the energy, the positivity… who said it was all about crime, drugs and violence???”

Jacques Greene – ‘(Baby I Don’t Know) What You Want’