Radiohead, Róisín Murphy, Afrika Bambaataa, Kelela, and Action Bronson are the new names added to the Reykjavík, Iceland Secret Solstice festival from June 17th – 19th this year. The only party inside a glacier is the festival’s tagline.

Secret Solstice is held over the solstice weekend as the name suggests (the same weekend as Body & Soul) which results in three days of constant daylight. One of the additional attractions is the Midnight Sun Boat Party, a late-night DJ event on a boat that takes guests out into the Atlantic to watch the sun touch the horizon after midnight. It’s limited to 200 tickets. There’s also a party at Flúðir, a geothermal outdoor pool, one of the things you must do when in Iceland.

Tickets start from €175 for three days with VIP packages offered. Accommodation is via hotels, Airbnb etc in the city.

Radiohead [UK] Róisín Murphy [IE] Action Bronson [US] Afrika Bambaataa [US] Kelela [US] Matt Tolfrey [UK] Bang Gang [IS] Mammút [IS] Fufanu [IS] Rix [IS] Plastic Love [US] Clovis [US] Dr.Spock [IS] MANT [UK] Bones [CA] Faces of Walls [IS] RVK Soundsystem [IS] DJ Hendrik [IS] Pink Street Boys [IS] Halleluwah [IS] Einar Indra [IS] Gervisykur [IS] Valby Bræður [IS] Mosi Musik [IS] Dalí [IS] Stefán Karel [IS] Auður [IS] Átrúnaðargoðin [IS] TRPTYCH [IS] Kíló [IS] Rímnaríki [IS] Since When [US] 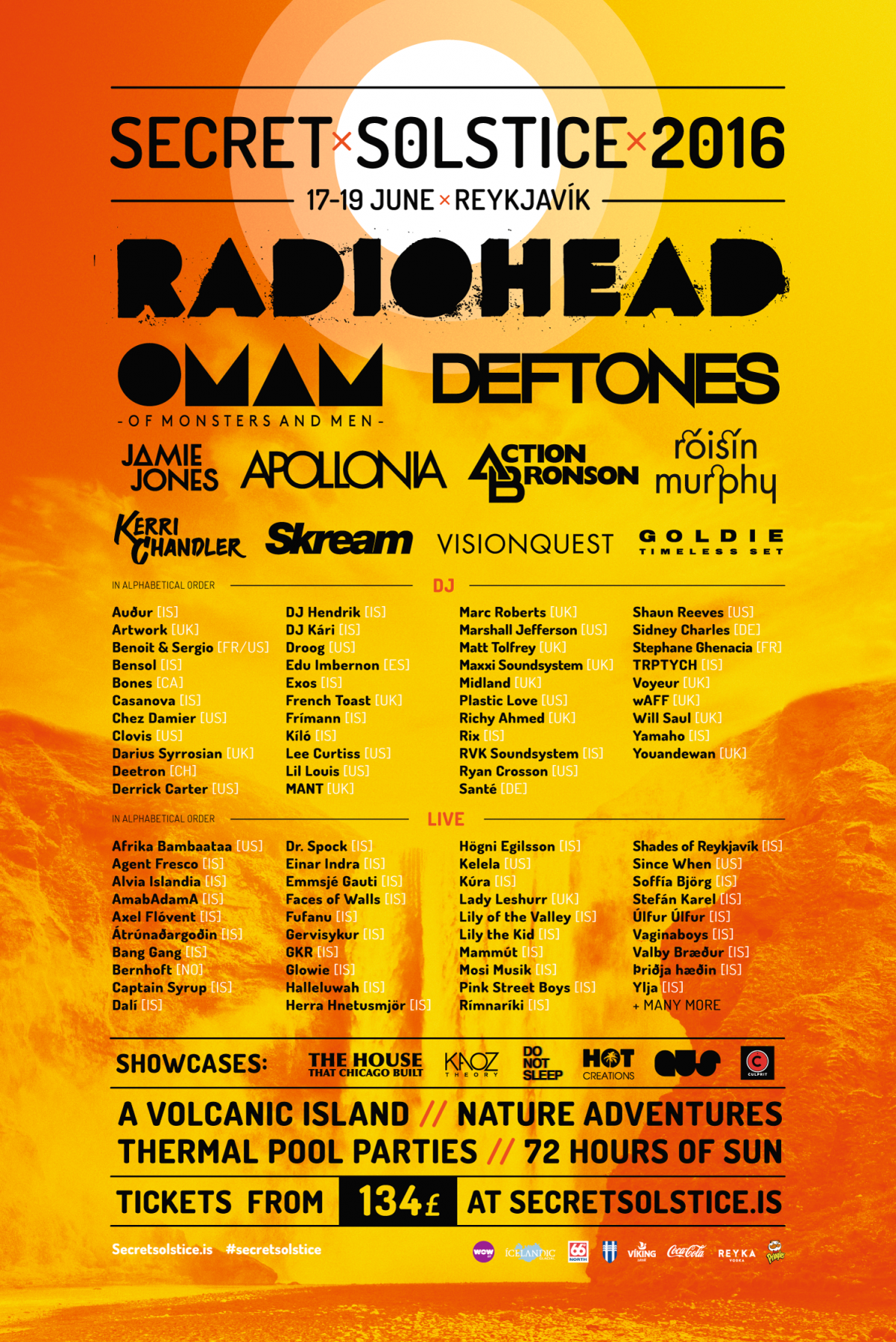 Here are the Choice Music Prize song of the year nominees

This is not the end: Block T seeks new home for 120 members