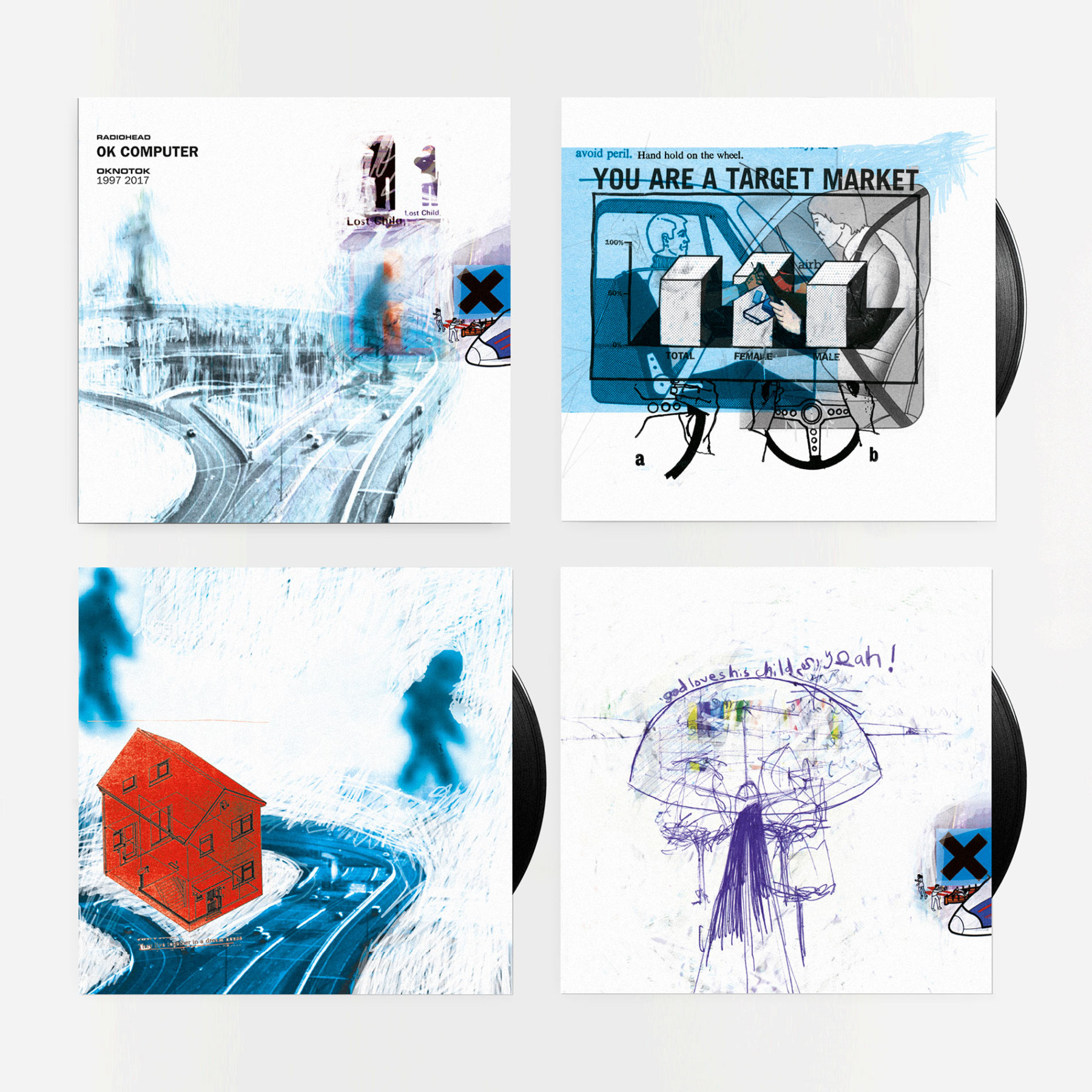 Radiohead will mark the 20 years since they released OK Computer, one of the best albums of all-time, with a remastered version OKNOTOK featuring remastered tracks, B-sides and 3 unreleased tracks “I Promise,” “Lift,” “Man Of War”.

The release is out on June 23rd through XL with a Boxed Edition Shipping in July. So that’s the twelve track album, 8 B-sides and 3 unreleased songs.

All material on OKNOTOK is newly remastered from the original analogue tapes.

The OKNOTOK boxed edition is out in will ship in July, featuring a black box emblazoned with a dark image of a burned copy of OK Computer containing three heavyweight 180 gram black 12″ vinyl records and a hardcover book containing more than thirty artworks and full lyrics to all the tracks. Also includes a notebook containing 104 pages from Thom Yorke’s library of scrawled notes of the time, a sketchbook containing 48 pages of Donwood and Tchock’s ‘preparatory work’ and a C90 cassette mix tape compiled by the band, taken from OK COMPUTER session archives and demo tapes.

Ed O’Brien (guitar): When Thom came to me and said he had an idea for a new album, I knew it was going to be big, because I was at a funeral and he interrupted the whole service by riding in on a motorcycle screaming “It’s going to be big!”