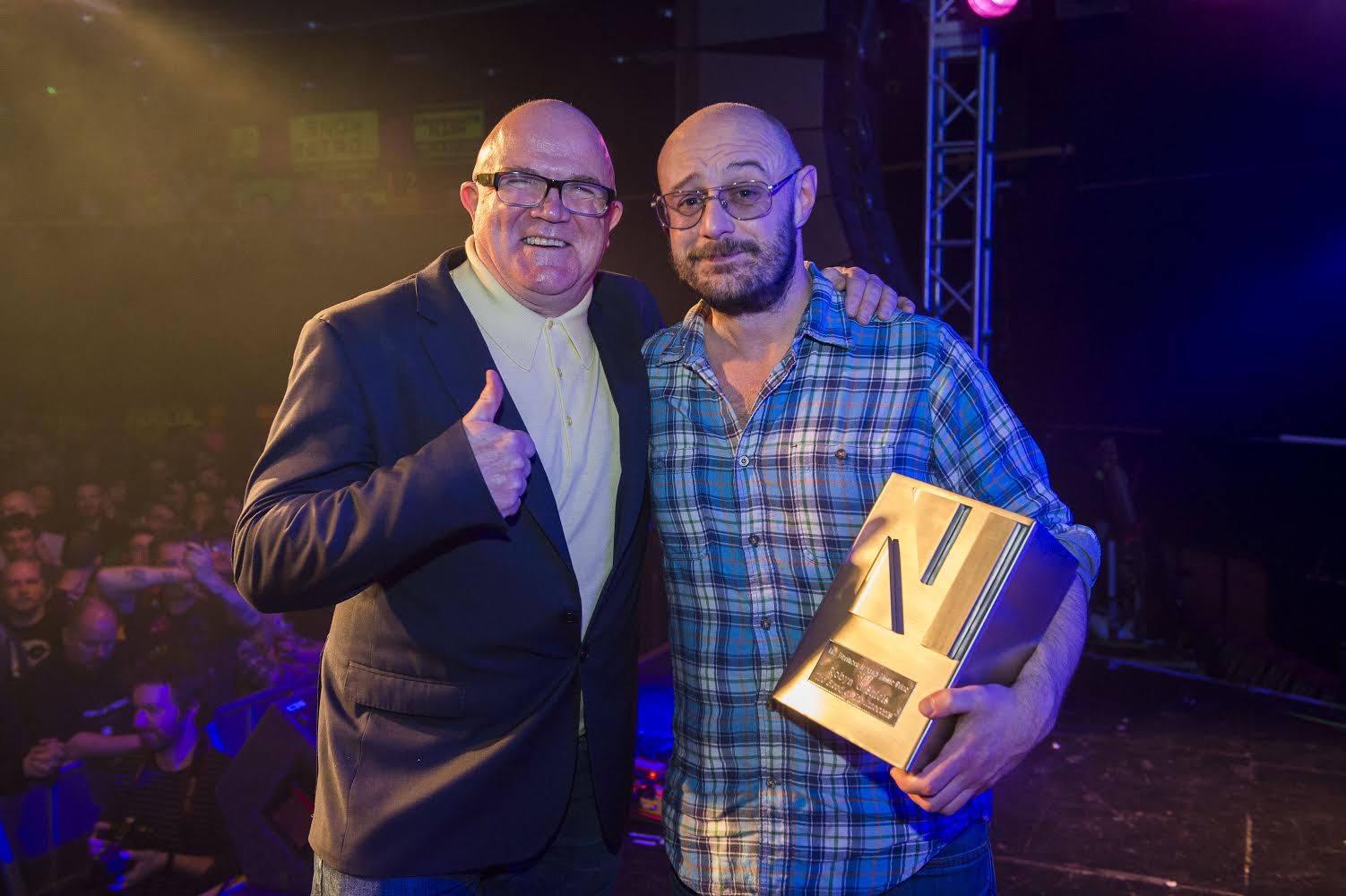 Kero Kero Bonito – ‘Build It Up’

Robyn G Shiels was announced as the winner of the Northern Ireland Music Prize 2014 at an event in Mandela Hall in Belfast on Saturday.

His album, The Blood Of The Innocents was chosen as the winner of twelve albums, as decided by music industry professionals and was part of the Sound Of Belfast activities. The prize was sponsored by the Arts Council of Northern Ireland. He’s pictured above with Stuart Bailie.

Giorgio Moroder announces new album with ’74 is the New 24′