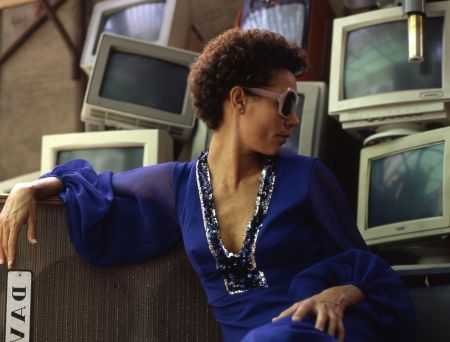 I seen the Demons but they didn’t make a sound Here’s a song I heard last week from one of the Solid Steel Podcasts I wrote about in the last post. The original song is from Rosalia de Souza who is a Brazilian vocalist who has been living in Italy since 1989 and makes electronica tinged bossa nova songs.

This song is a remix of a song from her “Brasil Precisa Balancar” album from late last year. The original is a very slow smoky piano based tune but this remix by Gerardo Frisina speeds the track right up adding an upbeat percussive rhythmic section combined with Rosalia De Souza’s hypnotic vocal sample. Add in plenty of bossa nova piano and horns and you’ve got another song for those summer days. The song is available only on vinyl and can be bought here but here’s an mp3 for your enjoyment.

Music you should have heard – Boom Bip