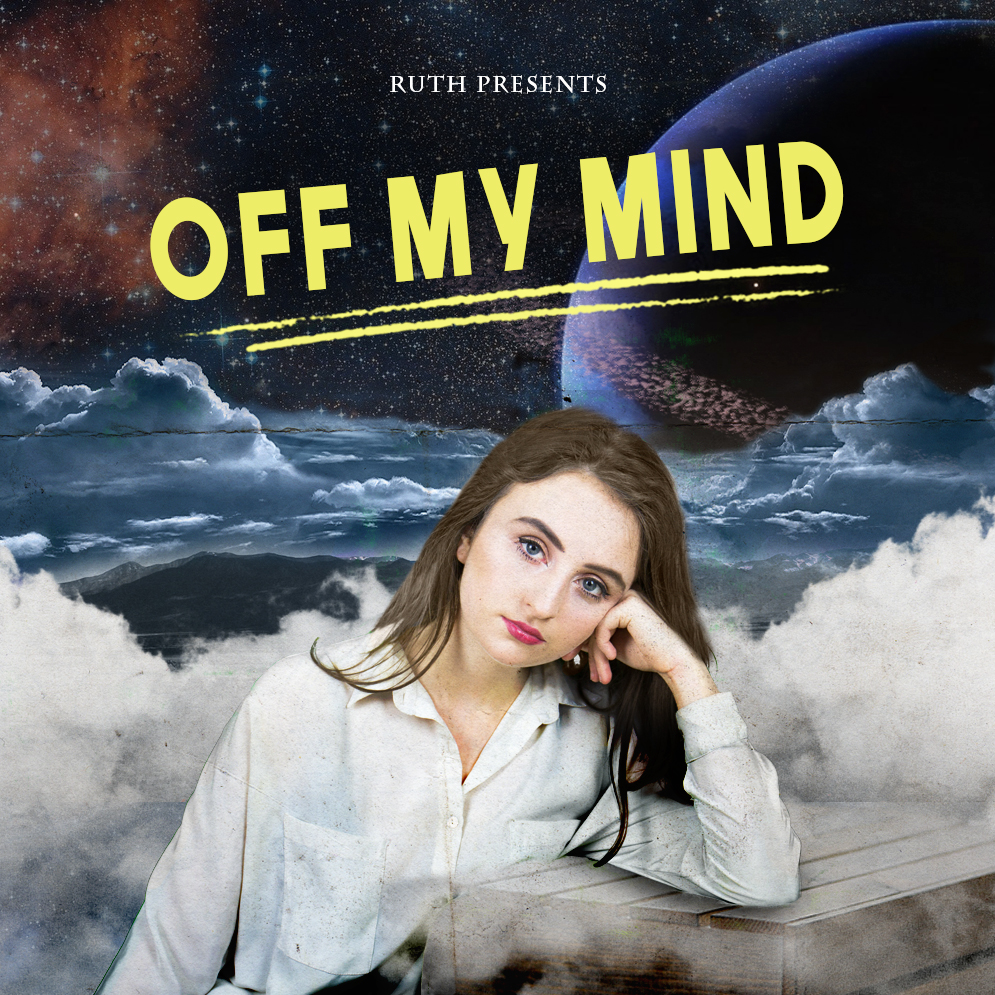 
The Kerry musician and singer, Ruth is an new artist growing in stature with every song released.

With sophisticated pop that recalls Bond themes on ‘Queen Of The Con’, Ruth’s newest song ‘Off My Mind’, produced by Michael Heffernan and mastered by Steffen Müller, amps up the drama and production on a song that is her most dynamic and searching yet. The lyrics further reinforce the resort as escapism Bond-style fantasy with lyrics “if you’re reading this, I’m far away, I’m sipping cocktails on a balcony, overlooking the Pacific.”

The intro of the song is a phone recording of a beach near where I’m from in Kerry called Rossbeigh. The sound is actually placed in numerous parts of the song in the background as an extra texture. I recorded it the last time I was home, that’s when the idea of the song started to arrange itself in my head. The protagonist of the song sings of a far away land beyond the horizon, a haven free of the burdens carried by one’s mind. I wanted to replicate the different textures of the ocean in the song, with washy pre-chorus’ and disjointed chorus’.