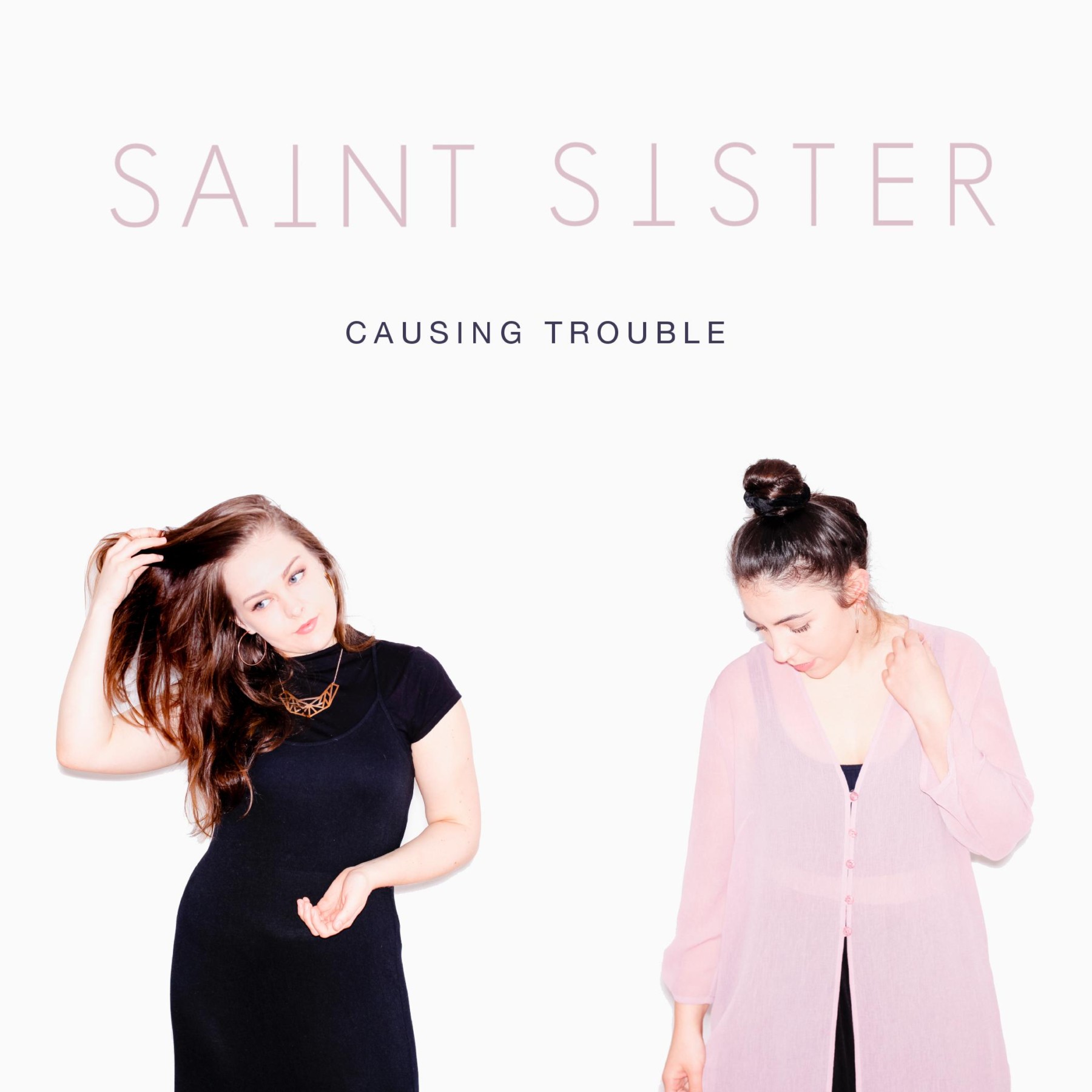 Saint Sister, the atmosfolk duo of Morgan Macintyre and Gemma Doherty today release a new single in advance of gigs this summer which include a big headline show in the National Concert Hall on June 7th and the dates listed below.

‘Causing Trouble’ expands the duo’s core sound with more instrumentation than before, while keeping their melodious intent intact.

“The song is about transitioning, from Belfast to Dublin, from an old love to a new, and the gaps that can be found between you and another person or place when people transition at different paces and in different directions,” says Morgan.

More on the song:
Morgan: There are a lot of references to Belfast – where I grew up – that I wasn’t quite aware of at the time.
The references to Van Morrison’s ‘And it Stoned Me’ came about after hearing a cover version of the song. We were playing a gig in the Ulster Hall, Belfast and Conor O’Brien (Villagers) sang the song. His performance opened up the lyrics for me and strangely helped me access Van Morrison in a way I’d been softly rebelling against for a while (having been spoon fed Van Morrison from a young age). I suddenly wanted to gobble up Van again and embrace the music and stories and poetry from Belfast that I used to spend a lot of time with. I think I had shrugged a lot of that off over the last few years as I tried to make my home in Dublin. In doing so maybe I ignored – or forgot – a lot of the raw elements and influences that I used to draw from.

The Basin referenced in the song is the Blessington Basin, in Dublin. It’s a little park, known as the Secret Garden, which used to be a drinking reservoir. I live right beside it now. It kind of comes out of nowhere. All this water just appears out of a quiet, grotty, forgotten Dublin street, like a mirage.
The song is about transitioning, from Belfast to Dublin, from an old love to a new, and the gaps that can be found between you and another person or place when people transition at different paces and in different directions.

Gemma: Morgan first brought some lyrics and melodic ideas and I started working on the arrangement, that’s generally how we work together. From the start it felt quite laid back and spacious. I’d been listening to loads of 90s tunes, Moby and Massive Attack, and wanted to keep the verses sparse and give the chorus plenty of space to soar. The first attempt had no harp on it, but it worked its way in when we began playing it live, as it’s such a big part of our live show. We had loads of craic in the studio with this one with Alex [Ryan] who co-produced it with us. At the last minute, we found a beautiful old Wurlitzer in the attic which had some electrical problems; one of us would have to sit on it while the other played to stop it from humming, so it just about made it in!