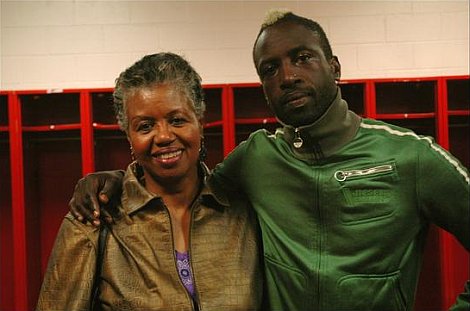 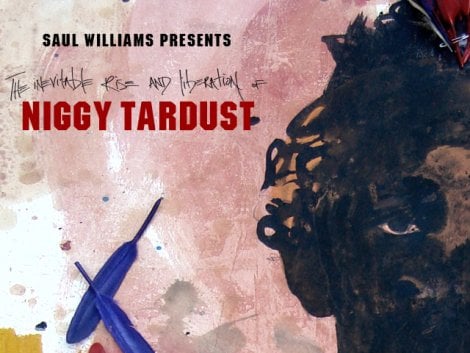 Saul Williams is releasing his album The Inevitable Rise and Liberation of NiggyTardust! online next week a la In Rainbows. The album was produced by Trent Reznor and mixed by Alan Moulder. Similar to Radiohead, Williams is asking for a $5 “I want to directly support the artists involved in the creation of this music” contribution or if you’re a tightwad, you can also get it for free. News to please audiophiles – it will be available for download on November 1st as 192Kbps MP3, 320Kbps MP3 or FLAC lossless audio. Non-paying fans get the 192 MP3 version.

Truth be told I’m much more excited to hear this album than I was for In Rainbows. I remember playing “Talk to Strangers” in a car journey to people I hardly knew and everyone there was blown away. He’s the genuine article. A modern poet that has more insightful things to say about the world than most people you will meet in your entire life.

NiggyTardust! is essentially a collaboration between Williams and Reznor and also features CX Kidtronik, and Thavius Beck. Williams says the theme of the album will allow him use his theatrical background in a live setting. So expect costumes at least. The title for the album was also chosen to further the dialogue around racial epithets with a view to “showing how creativity will outlive and outshine hatred of any kind.” Tracklisting below.
Pre-order the album here >>