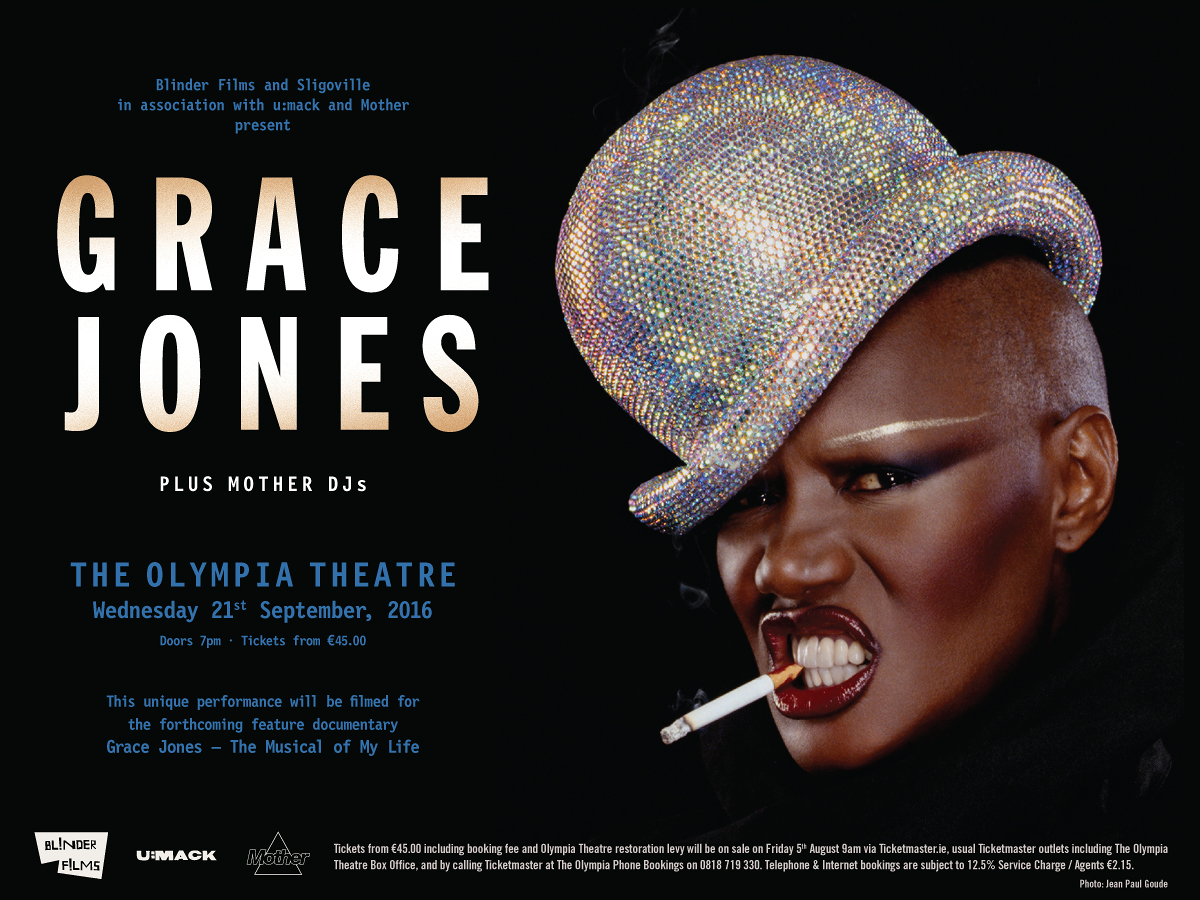 After the first show on September 21st sold out in seconds, Grace Jones’ will play a Olympia Theatre Dublin on September 22nd too.

The gigs are for the cameras as the Irish production company Blinder Films and Sligoville are making a documentary about Grace’s life called Grace Jones – The Musical Of My Life to be released in 2017 that was started in 2005 with director Sophie Fiennes.

The gigs are co-hosted by u:mack and Mother, with Mother on support.

Tickets are from €49.95 (including booking fee and Olympia Theatre restoration levy fee) on sale tomorrow at 9am and are limited to 2 per person.

A limited number of production holds for the first date (21 September) will also be released this Thursday at 9am.