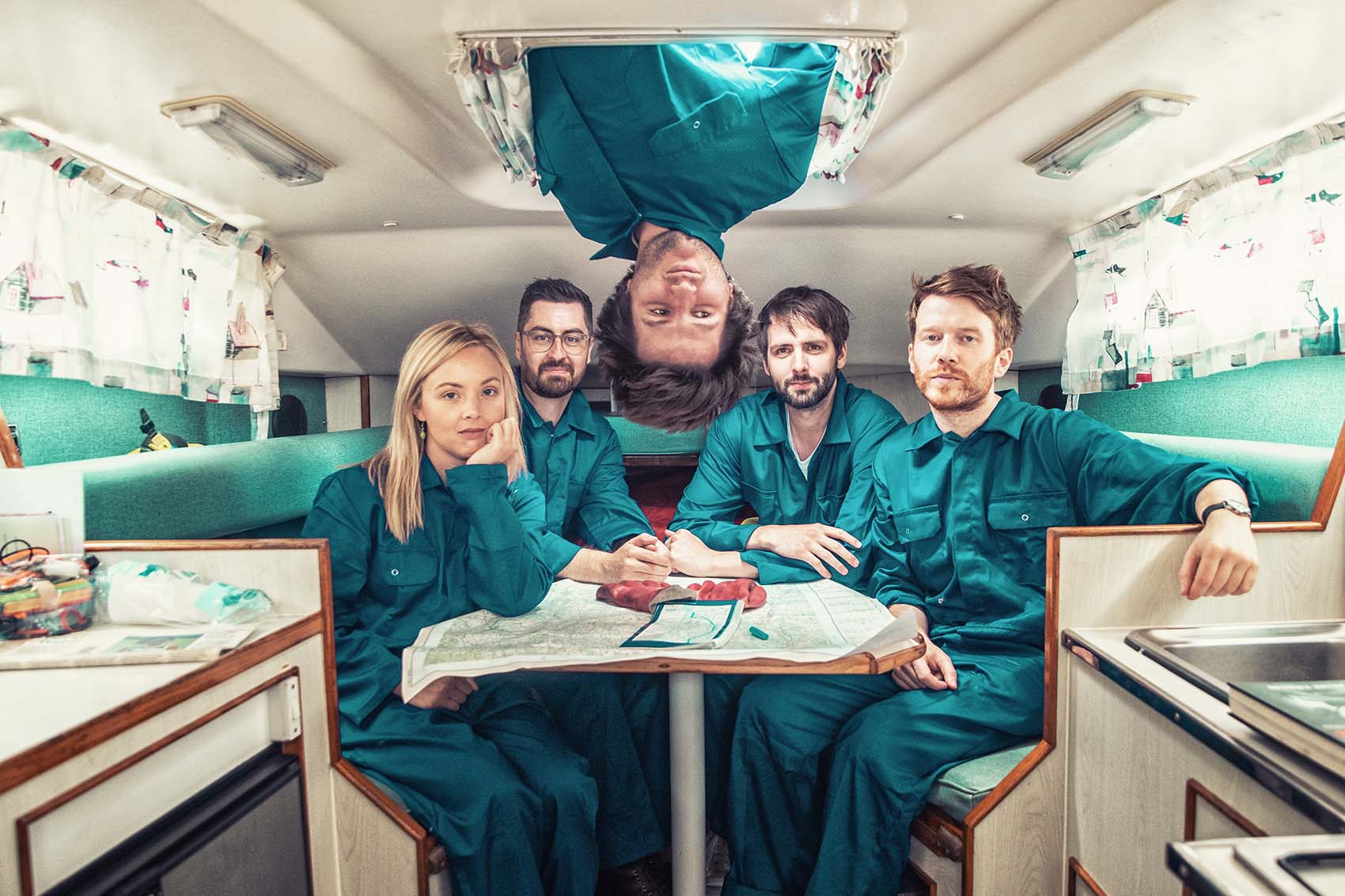 Silverbacks are releasing their second album Archive Material on January 21st on Full Time Hobby, from which we’ve heard two songs – the title track and ‘Wear My Medals’.

Those songs displayed the Irish band’s penchant for creating idiosyncratic art rock that also shares some sonic parallels to some classics in the canon.

‘Rolodex City’, the third song from the album, is the the closest the band have come to a taut Talking Heads funk record, with Television-esque guitar riffs and a story about a property developer who has fallen on hard times and ends up at a line dance. OK? OK.

Here’s the track and Silverbacks 2022 tour dates are below.

“Rolodex City is about a property mogul who has fallen on very hard times during a period where technology has changed the way his business and people work. Similar to Butch Cassidy and the Sundance Kid getting caught out by the trains, bicycles and an increasingly small world, Mr Rolodex is running out of options. He visits a town in a barren landscape with the hope of flipping a bit of land, posing as whatever character the people there will trust – Rolodex City.

Ultimately, our anti-hero has no luck and reluctantly ends his trip at a line dance led by Emma – feel free to join in!

To help set the scene, we used a live drum sound and contrasting drum machine claps and mechanical percussion. The guitars are inspired by the twang of country music with some Verlaine techniques employed on the solo, for the riff spotters.”