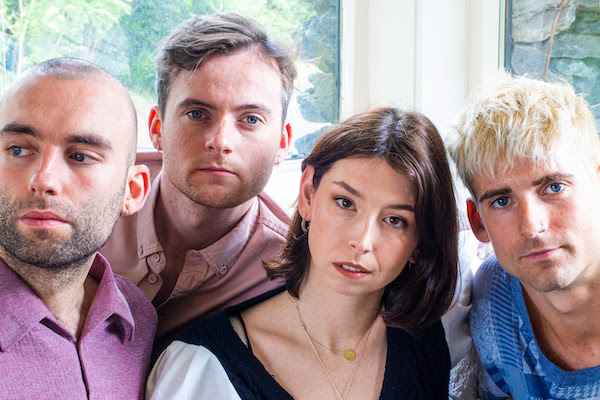 Soda Blonde have announced for a big Dublin show at Vicar Street this December 9th.

The Foggy Notions presented show will be the band’s biggest gig since the release of their debut album Small Talk, last year.

Here’s what we said about the band’s album in our favourite Irish albums of 2021 piece:

After a successful run of a career as Little Green Cars, four members of that band regrouped as Soda Blonde – a new band, a new sound, a new era. Lessons learned from a band now in their twenties are at the core of Small Talk (as with Wyvern Lingo above).

With the singular and soaring voice of Faye O’Rourke articulating shame, insecurities and flaws of the self, while attempting to shake the shackles of Catholic guilt and examine previous failed relationships, Small Talk is filled with small moments and big questions.

There are many marquee moments from the Fleetwood Mac-esque title track, the shimmering keys and bassline of ‘In The Heat Of The Night’, the propulsive ‘Swimming Through The Night’, and the lit-off chorus of ‘Holy Roses’ to name a few.

Guitarist Adam O’Regan, drummer Dylan Lynch and bassist Donagh Seaver-O’Leary provide an innate musical backdrop of gliding synth-pop and cinematic alt-pop – there’s a sense of elegant simplicity to the arrangements that don’t crowd out the vocals (the band self-produced the record). Small Talk is an effervescent account of personal exploration and striving to be understood better, by yourself and others.