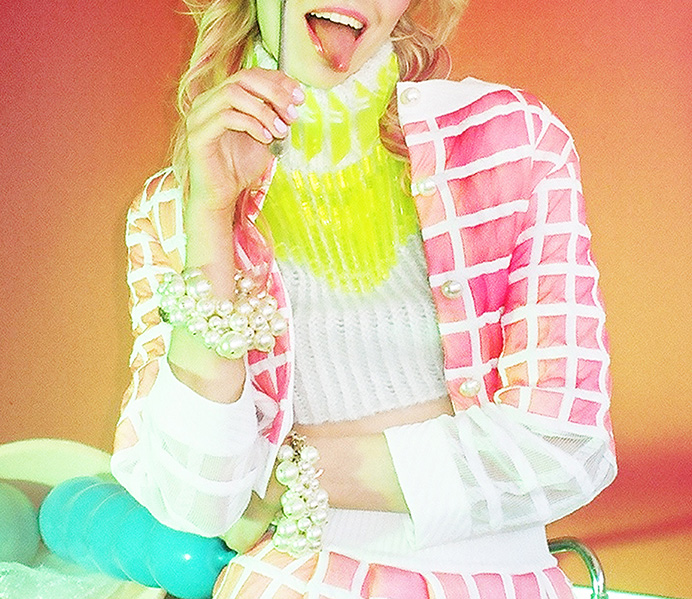 
The future bass pop producer Sophie, who is very much a dude, is releasing a new single ‘Lemonade’ / ‘Hard’ through Numbers on Monday.

Like much of his contemporaries A.G. Cook and Hannah Diamond on PC Music, it’s a typically challenging piece of sound that hurdles itself deep into the bounciest/cheeriest noise you can imagine. It’s likely testing for some as it’s so unabashedly dayglow and childish, like sucking on a lemon for the first time, taste the sour.

The B-side ‘Hard’ sounds like Timbaland beat made on a Japanese game show.