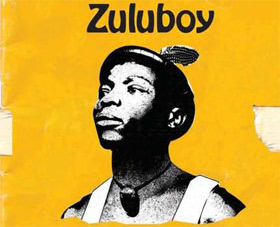 Zuluboy was definitely one of the most interesting people we met on the Smirnoff Experience trip in Johannesburg. He has released three albums of conscious rap and as much as I hate that pigeonholing term, it fits Zuluboy perfectly. He’s also a popular soap actor in South Africa.

He is an inspiring human being who told us about his equally-inspirational workshops, how he fuses rap with African rhythms and is just generally awesome for the duration of our interview conducted alongside AU. Watch the video in which Black Dillinger appears with him: