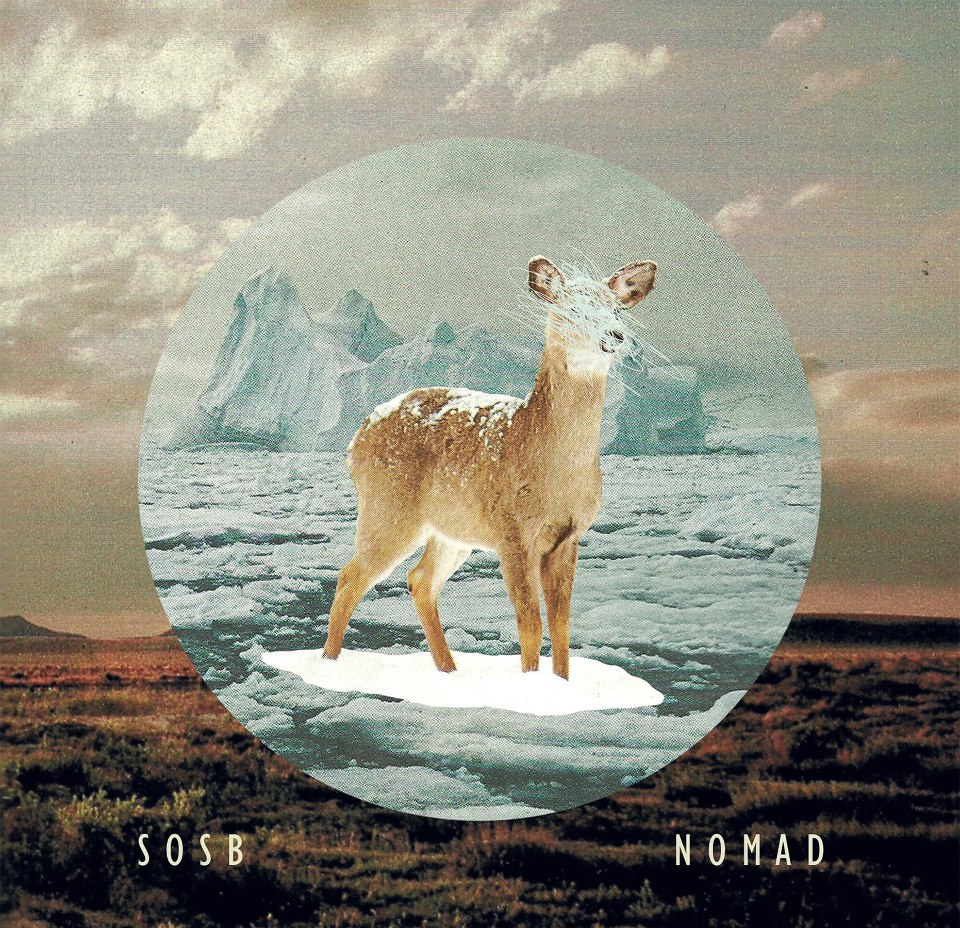 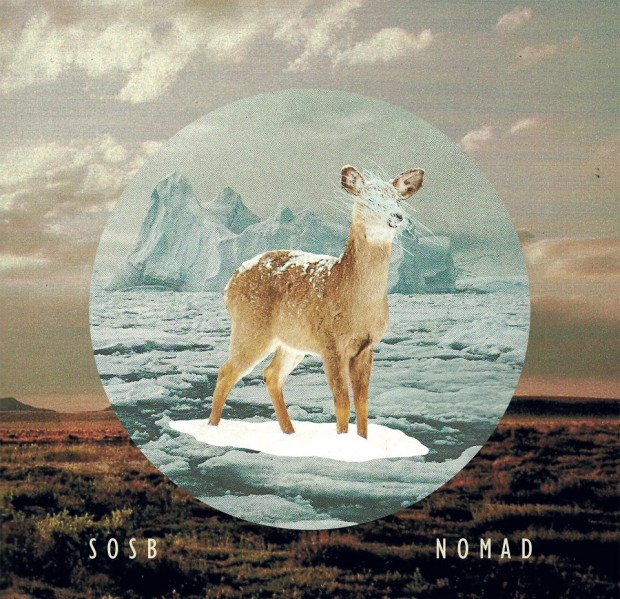 The term “electro-rock” always makes me a bit queasy. I just imagine some misguided classic-leaning rocker with a Gibson guitar attacking a mini-Korg during a breakdown with Edgar Winters-style fervour. The result is a soundclash of ideals and genres and a guaranteed smattering of default preset synth waves.

But the term doesn’t have to be all about pomposity and getting it all wrong. Bands like Soulwax, Ladytron and at a stretch, LCD Soundsystem under the tag, were able to move under the descriptor in subtle ways. Dublin three-piece band Sounds Of System Breakdown’s 2009’s self-titled debut album showed signs of a successful merger on songs like ‘Vinegar Joe’ and ‘Jaysysehhaventacluedoyeh. Their 2011 Colours EP fared better on the title track and ‘Cosmonaut’.

On their second album Nomad, SOSB find the fine balance between rock dynamics and electro sounds with aplomb. Aided by spacious production by producer Rob Kirwan, the large majority of the songs here contain taut indie-rock guitars and precise rhythms imbued with deft electronic touches. The beats are more mechanically processed even though they’re played live which lends that post-punk edge to proceedings and helps mesh everything together. The clip-clop rhythm and synth-bed of single ‘Neon Contrails’, and the grimey synth shaker ‘Dark Chocolate’ are good examples, as is the experimental vibe to instrumental ‘Silverfish’ built on marimba-style melodies that at once conjures up The Knife and the likes of Nosaj Thing.

There’s depth to the tracks and room for variations with the acoustic guitar on ‘Learning To Be Human’, rock or the post-punk feel of ‘Jump’ as well as some damn fine songwriting to boot as heard on ‘Mayfly’. Sounds Of System Breakdown’s dexterous use of sound in the core of their sound lifts the album beyond a mere smashing of two genre loves together.

Listen to the album on Soundcloud or Spotify.