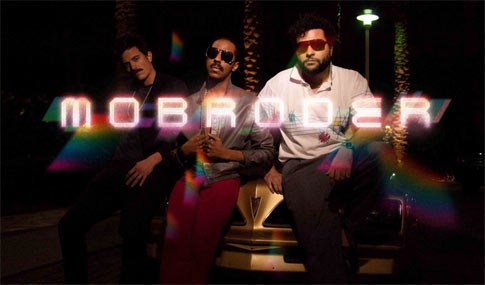 Following the last round of additions to Forbidden Fruit, Spank Rock have confirmed they will be playing the festival on June 5th. Rumour has it Amanda Blank may be present too. Thanks to Bitzlr, and Spacey for the heads up.

It’s been a while since Spank Rock played Ireland or come to speak of it, release anything. Their Electric Picnic gig in the afternoon in 2007 (?) was superb. They played a number of showcases at SXSW; check out some video.

Meanwhile, MC Spank Rock has started an italo-disco project called Mobroder along with HOFF and Blu Jemz. Kitsch taches and super ’80s production are the name of the game. It’s a smart one too as everyone loves italo. There’s a free album available.

James Blake – ‘Give A Man A Rod’ (Second Version)