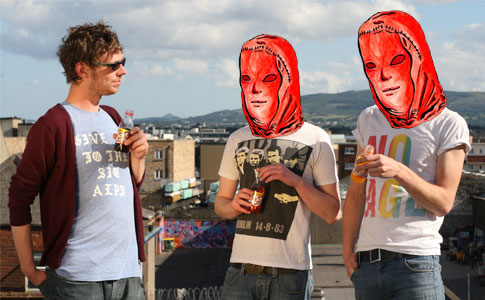 This is a total blogasm. Ireland’s most bloggable band Adebisi Shank covered by Ireland Nialler9 Song of the Year champs Squarehead. What’s fitting is the song is for another blog Ian Maleney’s Quarter Inch Collective who will release Quompilation #1, compilation of 13 artists covering their favourite songs of 2010 on the 27th of January.

A launch gig happens in the Lower Deck in Portobello. It’ll be a €10 in with seven bands playing. You’ll get the compilation on tape upon entry.