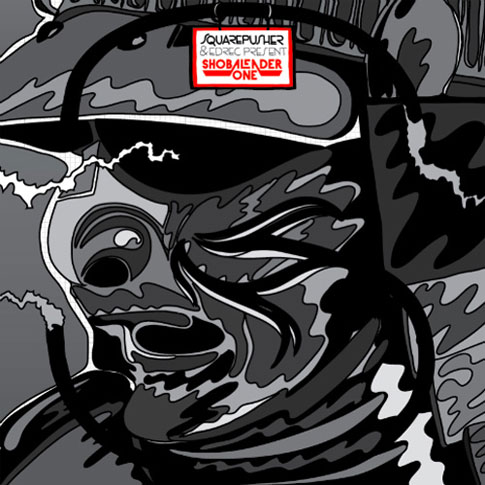 Video: Fucked Up – ‘Year of the Ox’ feat. Duchess Says

A surprising release for sure, but this new split 12″, with Squarepusher credited as Shobaleader One came about after the Warp Records / Ed Banger party in Paris last year. Ed Banger boss Busy P explains:

A couple of years ago I had the idea of calling Warp to propose them a split 12″, Ed Banger artists collaborating or remixing Warp artists. A year ago we throw a hell of a party in Paris with Clark, Hudson Mohawke on one hand, Mr Oizo and Sebastian on the other. Warp/Ed was the name of this surprising party. Of course it was surprising, first for us, Warp accepting to collaborate with the little frenchie label. Surprising for the Warp fans who might not be familiar with Ed Banger’s finest. Jimi Tenor ‘Intervision’, Squarepusher ‘My Red Hot Car’, LFO ‘Freak’, Aphex Twin ‘Windowlicker’ or Grizzly Bear Veckatimest being in Ed Banger’s playlist, this reunion was not that crazy for me. I am pleased today to announce the release of Squarepusher’s new project Shobaleader One on Ed Banger Records.

My dream come true, two worlds, one release:
Squarepusher on A side with ‘Cryptic Motion’, the perfect soundtrack for a remake of Zabriskie Point in 2012, heavy bass that slaps your flesh and some sunset vocoder. Mr. Oizo on the B side for an epileptic P-funk remix only him can twist that way.