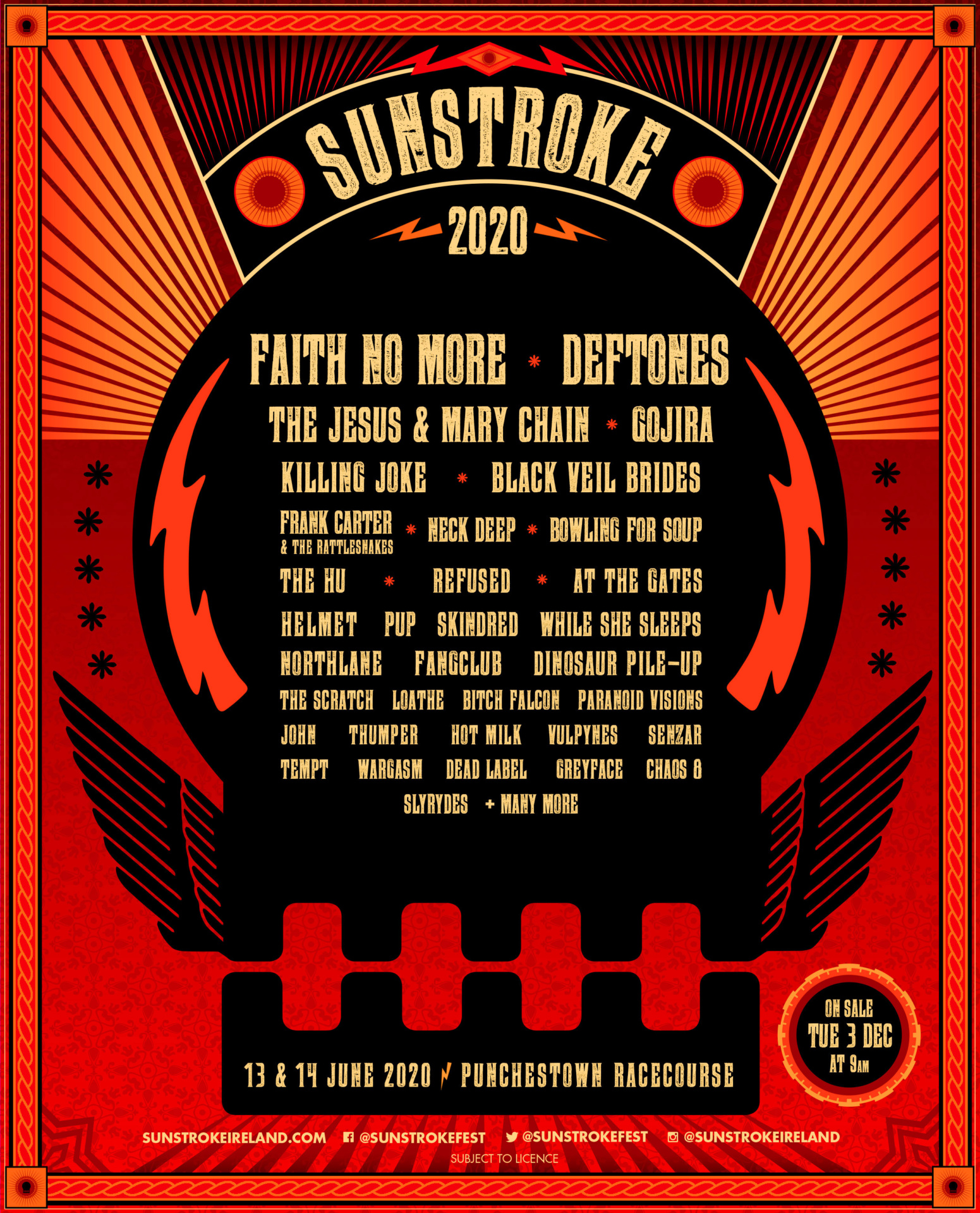 The optimistically-named Sunstroke is a newly announced alternative rock festival offering from MCD that is taking place next summer at Punchestown Racecourse on Saturday 13th and Sunday 14th June.

It’s a three-day camping affair and the lineup is below.

Sunstroke originally took place in 1993 originally in Dalymount Park in Dublin and featured performances from Sonic Youth and the first 202headliner announced today Faith No More along with many others. Playing Sunstroke are:

More acts to be announced. It’ll be three stages with weekend camping available and early bird tickets priced at €129.50 (€159 for camping) plus fees go on sale on Tuesday December 3rd at 9am from TM.

It’s worth reading the hullabaloo on Come Here To Me around the original Sunstroke which caused a fuss with its noise. The grungers get their long-overdue revenge.

The RTÉ Choice Music Prize Albums longlist is out