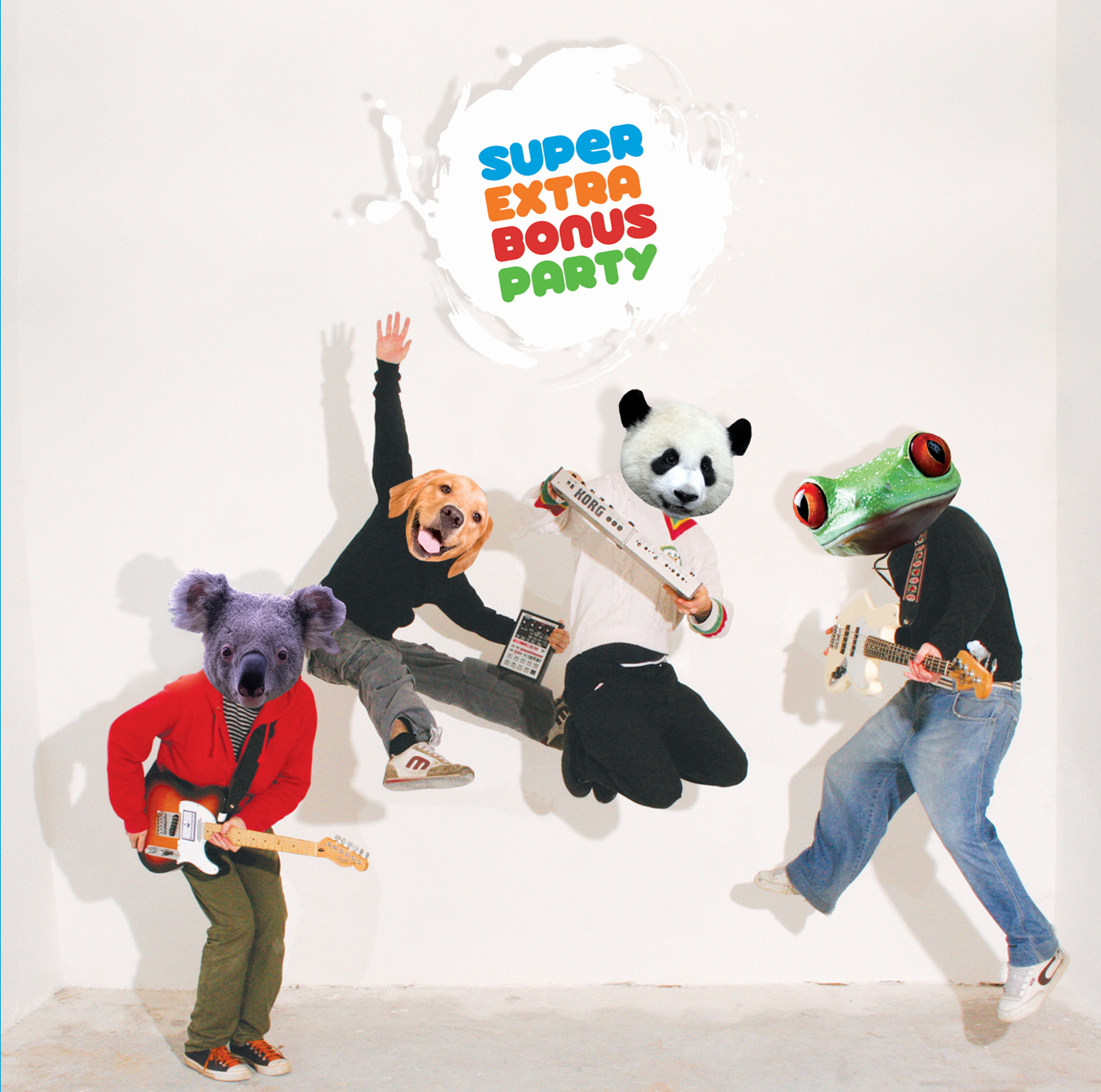 Super Extra Bonus Party were a party band when there was a dearth of such things in Ireland. They didn’t care about genre, they mashed indie with hip-hop, with electronics, with folk with whatever. They put on high energy live shows with an MC rapping in Portugese and made on a dancing sesh happen at venues and festivals. They jumped around and when not playing an instrument, they sometimes air-guitared with a hurl. I remember them being asked onto a Hot Press panel which was negatively framed with a question like ‘is there space in the music landscape for party music?’ Because their music wasn’t earnest enough for the establishment. They right refused to participate.

The Bonus Party released a debut album on Alphabet Set, a tiny electronic label on April 14th 2007. A lot of people loved them, a lot of people were very vocal about hating them, particularly, the critics who reacted to their Choice Music Prize album of the year win in 2008 for this album as they deemed it unworthy, not serious enough. But they were very serious about what they did – it just didn’t include them writing heartfelt singer-songwriter lyrics.

I am a friend of the band. I used to do visuals at those shows. I made the artwork for their releases. It was a fun time. I met my wife through Super Extra Bonus Party. I saw all this stuff first hand. Every time they came up against people trying to tell them they weren’t allowed make this music or act like this, they rightly ignored it. That’s pigeonholing, not art. So they didn’t have a label, didn’t have a manager and mostly voted by committee on what they would do but they did it their way.

The band went on to release a second album Nighthorses, arguably a better record but it all fell apart naturally, as a band trying to corral seven members who were also keeping up with life and jobs and relationships and things.

But it all started in public with a record, a statement of intent on this day 10 years ago – 13 April 2007, with their self-titled debut, an album that beautifully mashed together all of the above into a melting pot of ideas and collaborators like Nina Hynes, beatboxer White Noise, Paul O’Reilly (Channel One / Forrests) and Kill City Defectors . It’s a snapshot of an uncynical musicmaking process that resulted in an album of exuberant multi-coloured music. It was a soundtrack to my youth and I’m sure many others.

The album has been re-released today on Spotify, Apple Music, Amazon and as a free download through Soundcloud.

As Cormac Brady says below in his piece about that time, the band have regrouped and are currently making music and perhaps, a third album. You may hear from them again soon.

Here’s a few words from Cormac from the band on his memories of the release:

It’s ten years to the day since we released our self titled debut album in Dublin’s Voodoo Lounge. I remember the excitement as we rode into the city that afternoon, to think the music we had written would be whistling through gramophones all around the world! We felt alive with the possibility of what lay before us. I tipped my hat to the conductor as we hopped off the streetcar outside the Voodoo Lounge, and I covered my face with the collar of my trench coat as we entered the venue, some folks were already queuing outside, and we didn’t want to cause a stir. Terrordactyl, Nouveau Noise, Herv and Thalamus were already waiting inside the joint. Those cats were wild, and there was enough peyote for all of us, we knew the night was going to be a treat. It was more like a whirlwind, booming bass, snapping fingers, shirt sleeves rolled up and top buttons undone; our new songs went down like old favourites, and we were proud.

Cut to 3am and the venue was all but empty, I looked at the barman drying beer glasses in his apron and he shook his head at me. Fatsy the mad fool was lying on stage across the piano still playing his trombone, condensation from the crowd since gone dripping onto his head. It had been a wild night and our first LP had been unleashed onto the world. I stood under a gaslight outside the venue and sparked a woodbine. I remember wondering where this journey would take us, and what crazy bastards we would meet along the way.

Less than a year after that point, we were stood in Vicar Street nervous as hell. We’d been nominated for the Choice Music Prize, and the award show was going out on the wireless to the whole damn nation. For an album that was assembled on a non-existent budget, depended heavily on the good will of friends and contacts, driven only by our love of making tunes and experimenting, I’m proud of what our debut album achieved. It was a surreal moment being awarded the Choice Music Prize in front of a large crowd of industry heads. That night, only we knew that the mixing of our album was finished literally 30 minutes before we grabbed a taxi to the mastering studio, sleepless and bleary eyed, worried that we had to revert back to a drum take for Adventures that was recorded on two mics in a friend’s shed in Newbridge. None of that mattered though, the album is a perfect snapshot of where we were at the time, and listening to it ten years down the line brings back so many great memories.

To me, our debut album still feels exciting. It’s a fractured timeline of music that we’d worked on together over the three or four years before the album’s release. There are tunes on there that were started when we were still in school, staying up late listening to Donal Dineen’s show for inspiration and then making beats in fruity loops and acid on shitty household PCs. Then there’s the tunes we recorded (drums and all) in the kitchen and hall of a rented gaff in Dublin, with our neighbours understandably close to calling the cops on us. We’re still indebted to all the collaborators we had on the album. Rodrigo Teles, Nina Hynes, Paul O’Reilly, Cian Sayles, Iain and Colly Defector. Working with each of them was exciting and inspiring. Thanks again to each of you.

After being inactive for a few years, we’re back together now, busy writing and recording our third album. Thankfully, we have some better equipment now. But other than that, I’m glad to say that we’re still the same bunch, just happy to be doing what we love, making tunes.

Love to all those that have been with us from the start, or come to our shows over the years. We’ll be back soon.