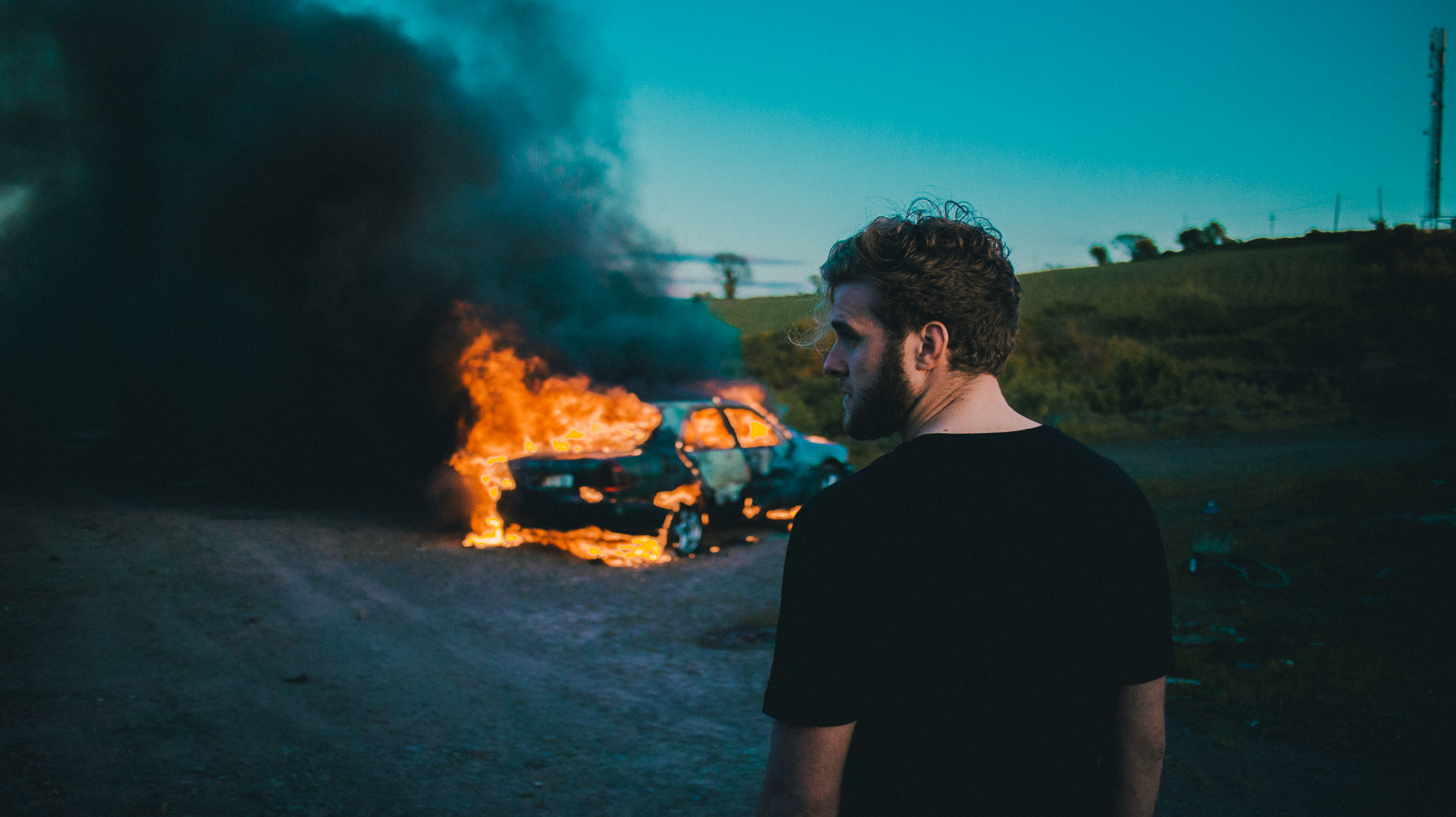 Below is a track by track by the songwriter Eoin French himself to go alongside the listen.

The album is book-ended by two songs that are very outward looking. ‘Runaway’ has a kind of dystopian veil, this idea that our future generations are at our mercy. The line ‘Runaway, child’ is a warning in a sense… a view into what could become because of how we exist.

The last song I wrote for the album. It comes from a place of reflection. And that pang of panic with regards certain decisions. The imagery in it is that of ‘the epic journey’, in a way – and the desolation, loneliness and at the same time beauty that is found in such a thing.

For me ‘In Time’ was kind of the breakthrough moment. What came from this was probably just clarity. A solid distinction between what I wanted from this album and what I didn’t. It felt like the first Talos song that was inherently ‘me’.

I wrote this in one evening with Ian Ring. It kind of just came out and exists exactly as it did then. It’s a ponderous thing, and the simplicity of the piano piece is kind of tantric. It purposefully has these blurry edges, I just wanted it to be something you kind of get lost in.

Funnily enough, this is the darkest song on the record, but came out as a poppy, hooky, surging piece of music! It revolves around death and fear and all that lovely stuff… but it came out as this hopeful ‘pop song which I’m really happy about in the end.It’s funny that sometimes when something very heavy is framed against lightness or optimism, it can carry more weight, in a way..

It’s probably the rawest and most ‘human’ piece on the record. I just wanted something personal, almost whispered. I was listening to a good bit of Portishead while I made ‘Wild Alee’, in particular ‘Third’.

I was torn over whether to include this or not – but I felt like it earned its place in a way. It was the first Talos single – things kind of all began here, so it was important to me that it sat with these songs.

8:This is us Colliding

Throughout the record there is a recurring reference to the idea of the epic journey or exploration and conquering the unknown. ‘This Is Us Colliding’ looks at what lengths we go to for what we desire – be it another, or a dream, and if these things warrant those struggles. Will we be satisfied with what we end up with?

‘209’ was about finding bluntness. This idea of speaking to a woman from the weakness of a man. We are a simpler and weaker species… emotionally, mentally… and I wanted to just say that very plainly, and then accompany it with the wonder and comfort we get from those complexities.

I constantly search for simplicity or minimalism as I feel its a purer form of getting across what you mean. For me YLIAI achieved this quite well, I think it still managed to manifest itself as something quite infectious and rich, which I was happy about…. the repetition of the line is something I tended not to do as I became kind of obsessed with how lyrics went together, but it just felt right when i was making it. This was also the first song I produced totally on my own..

This was the first song written for the album and had about seven or eight different lives. It’s an urgent song. And it’s about sex and lust. There tends to be layers and metaphors when I write but this was more about something human, less embellished. More real. “Snapped together in your landscape / we are heat stains / magnetised by the night light as a feather.”

I wrote this in Iceland last summer. The guys in Bedroom Community had kindly allowed me to work in their studio for a couple of days. I arrived at the studio the first day and had been out the night before and didn’t really feel like hearing my own voice. So this emerged from that pitiful physical state. It’s a watercolour in a way. There are some vocals in it but they are run through a multitude of effects and kind of glitch their way across the music. When we (Eoin and co-producer Ross Dowling) worked on it for the final recording we probably had the most fun with it. It was something that would only become worsened by thought and rationale. So it was about just letting things break apart and react to each other and not really ever find a “place”.

As I mentioned, the album is book-ended by two outward looking songs. ‘Voices’ for me is the most inclusive and celebratory track on the album. I saw it as a unifying moment, as something that just asked a question about existence and either choosing to exist now, as you should, or not…

“We moved the earth to harness, that high and darkened mess / And the void did light up in us. We woke like Gods, all seeing…”