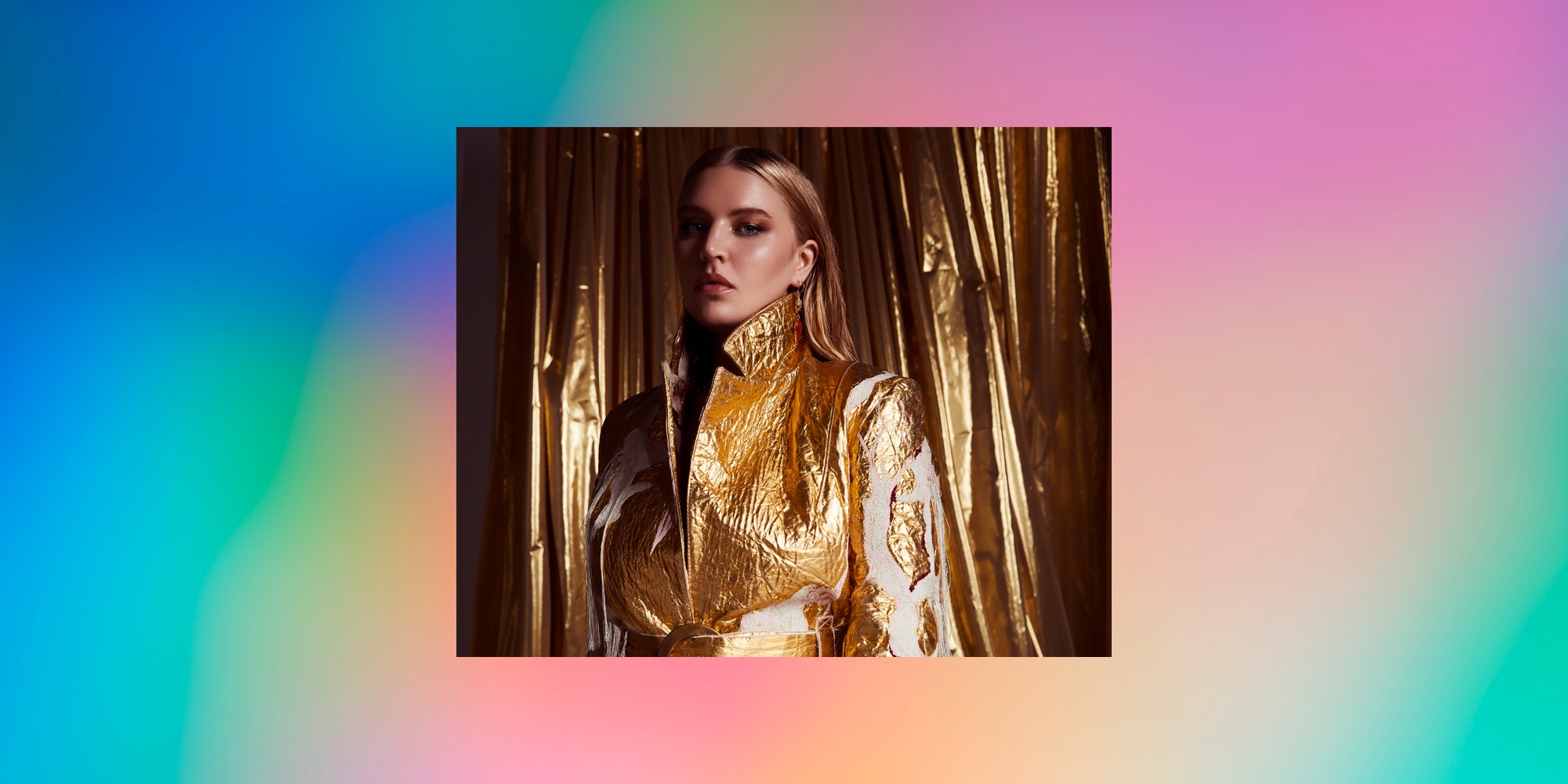 Her introductory mixtape to hell with it dropped in October – collating her brief singles to date. We are talking 18 minutes long but there’s enough earworm melodies and hooks here to keep you hitting the repeat.

‘I Must Apologise’ samples the 90s dance classic ‘Gypsy Woman’ by Crystal Waters.

Self Esteem’s Prioritise Pleasure is one of the finest albums released in October. Certainly, a fine alt-pop album with Rebecca Taylor emerging as a shining songwriter and magnetic lyricist.

These are quietly radical songs bursting with honesty and pop smarts, as is the case on ‘Fucking Wizardry’. The choral chorus (“My hunger times my impatience / Makes me feel reckless/ So I let ya / Let you be selfish / And careless with my head”) is a style that’s employed throughout the album on many of its highlights.

MuRli’s new single on the burgeoning independent Irish label Narolane Records, ‘Odyssey’, is a collaboration with Gemma Dunleavy with production by Ian Ring aka Boku, and is a sweet mix of MuRli’s booming rap style and Gemma’s garage and R&B vibe.

It’s a track from the upcoming EP The Sky Has Windows EP out in November.

This is really superior slice of soul from the Irish Nigerian artist Caleb Kunle, which reminds me of Moses Sumney.

This tune slaps in a Night Slugs meets pop in 2012 way. It’s from Anz’ new EP All Hours out Ninja Tune. Anz plays Dublin this weekend as it happens.

The title track from Silverbacks’ forthcoming album sees Daniel O’Kelly take the vocal spotlight for a charming tune that is the sound of a band bringing their interlocking and interweaving instruments into a space that feels a bit groovy and individually Silverbacks.

CMAT has announced her debut album If My Wife New I’d Be Dead to be released on 25th February 2022 via AWAL Recordings.

The 12-track album “is about the double edged sword of comedy” and this new song ‘No More Virgos’, a song that is Ciara Mary-Alice Thompson’s attempt and bringing together her love of Italo disco with her hatred of Virgos.

While not as divisive as ‘Chaise Longue’, Wet Leg’s ‘Wet Dream’ is brimming with humorous indie-rock and the lines like “baby would you like to come home with me? / i’ve got Buffalo 66 on DVD?” Short, sharp and not overthought.

That bassline makes this tune from North London rapper Headie One’s latest mixtape Too Loyal For My Own Good stand out.

Yaeji has returned with two tracks in collaboration with OHHYUK, the founder of the Seoul based indie band HYUKOH. It’s a different vibe for the Korean New Yorker, the chugging guitar line almost sounds electro pop here, with car alarm noises adding to the tension. As the song reaches its chorus, ’29’ opens up really nicely to something more open-hearted.

‘Year To Year’ is the second track.

Jessy Lanza has a DJ Kicks coming out on November 19th and this collab with Loraine James features. It’s a track typical of Lanza’s ice-cold electronic minimalism.

Elaine Mai’s long-awaited debut album Home was finally released last month, and among its guests are the effervescent multi-hyphenate Loah on ‘Waiting To Breathe’.

The song is built on twinkling bells and synths with Loah’s gentle vocals filling that spaciousness between, with the song growing in stature and imprint. It’s a gorgeous three-minute song.

Brendan McGlynn’s music is a catchy mix indebted to ’80s pop and radio hits, and I like that he’s really leaning into a slightly cheesy sound and making it work.

On his latest single ‘Think Twice’, he enlists Wyvern Lingo’s Caoi De Barra for an anthemic song that leans into the bombastic choruses, retrowave and both a sax and guitar solo. I love the excess.

Real Lies have always been capable of tapping into a particular kind of baggy euphoria and they’re doing it again here, as they did on ‘Boss Trick’. It’s from the band’s forthcoming album Lad Ash. They play Workman’s Club on December 4th.

No One Ever Talks To Us

Irish band M(h)aol’s Gender Studies EP doesn’t shy away from big pertinent topics like gender,  female experience in music, Magdalene laundries and cover ‘Oró Sé do Bheatha Bhaile. ‘No One Ever Talks To Us’ is a sludgy F-you to unsound peers.

New York rapper Wiki’s Half God is a fine return to form, and enlisting one of the world’s best rappers on a track isn’t a bad look either, and ‘All I Need’ sounds like a all-timer.

Along with Monjola, Aby Coulibaly is at the forefront for Dublin label Chamomile Records, marking a new era for Irish R&B musicians, and a performance at Flourish in Button Factory earlier this week confirmed that.

‘Chamomile Tea’ is the artist’s latest, a confident step out once again, on a track which bumps a hip-hop instrumental and a liminal lyrical concern.

Read our interview with Aby.