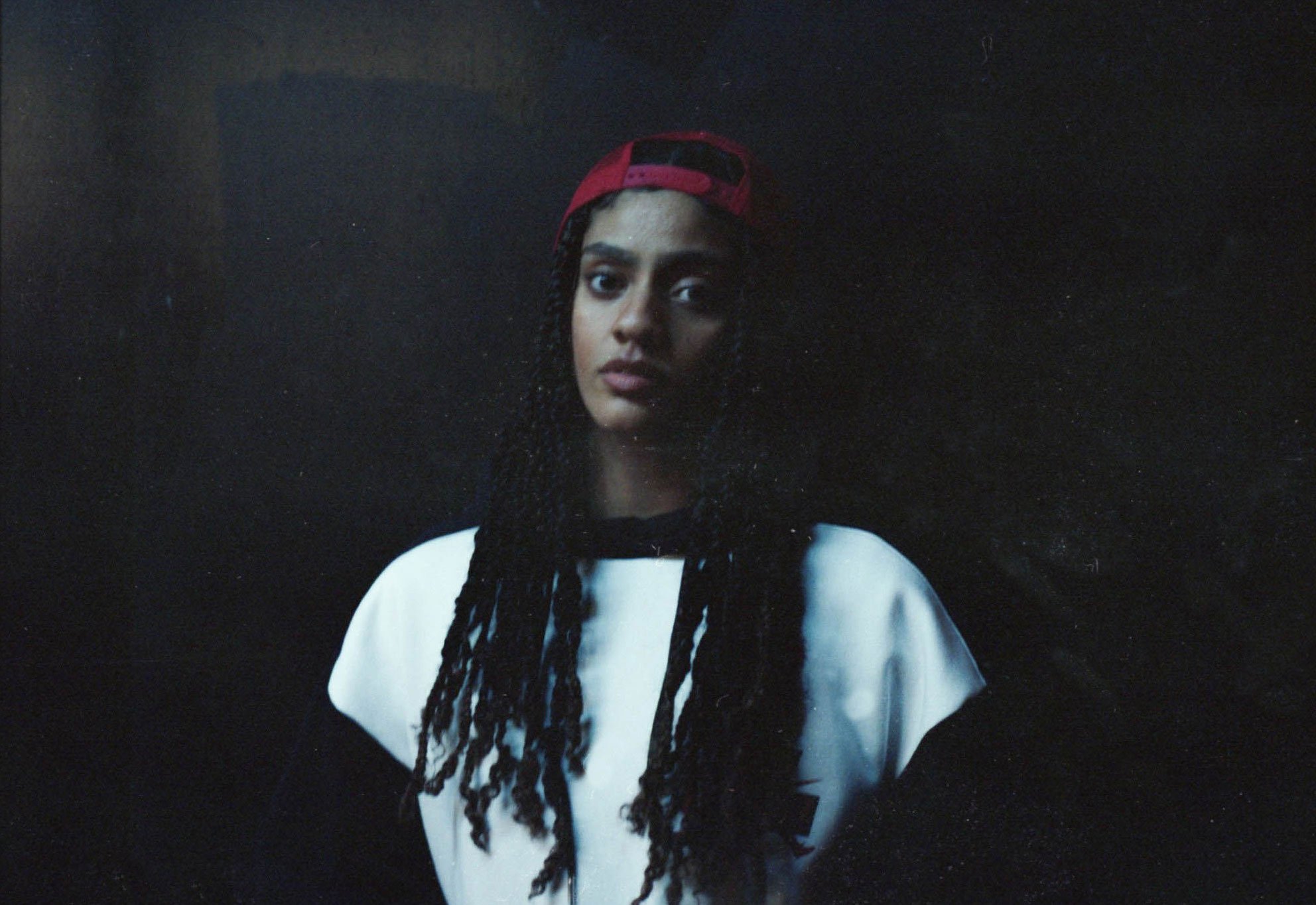 Aby Coulibaly is an up and coming artist in the Irish R&B scene. Her music is a delicate  fusion of neo-soul and R&B, featuring seamless transitions between song and rap, a style  reminiscent of the iconic singer Lauren Hill.

The singer-songwriter has managed to make a name for herself during the pandemic. By performing on online music platforms such as frosted.ie  and Boiler Room she reached new audiences not on a festival stage but through social media. In the last 14 months, Aby has released three singles, two music videos and a coveted slot at this September’s AVA Festival in Belfast.

Aby’s latest R&B single ‘Long Nights’ vents her frustrations with the toxicity of female  competitiveness – so often rooted in insecurity. The tracks syncopated accentuation of a  persistent backbeat against her dulcet vocal tone creates a gripping juxtaposition – metaphorically mirroring the aggression of a viciously competitive woman versus Aby’s  unbothered, compassionate reaction to such hostile behaviour.

“Competitiveness amongst women is something that happens everywhere unfortunately, inside the music industry and outside it,” Aby says.

“As of yet I haven’t been pitted against any other women but it’s something that I don’t look forward to, I’ve always thought it’s so silly when I see someone put a  picture of two female artists side by side and people argue over who’s better than the  other because it’s so unprovoked and unnecessary.”

The lyrical pronunciations of Aby’s rapping are dictated by her natural speaking voice,  revealing her endearing Irish accent, void of pretence but rich with authenticity.

“So, one day I just handed my notice in and left like a week later. I didn’t really ask or  tell any one other than my mam because I knew it was best for me. That was when I  really said f*** it I’m actually doing this and began writing my first single.”

This leap of faith took courage. To abandon the security of a 9-5 in order to pursue your passion is commendable – a make or break move for Aby, which has  paid off.

The pandemic has been a testing time for musicians. However, I didn’t get the sense of  despair or hopelessness that I was expecting when I asked Aby about her experience during  the year-long lockdown.

“There haven’t been low moments really, maybe not being able to  perform to a live audience, I’m so eager for that day to come but on the bright side it gives me time to practice for when that day comes.”

She has a glass half-full mentality. This  optimism is so refreshing to hear during these times of such all-encompassing negativity.

“The pandemic has taught me so much. The most important thing I’ve learned is that you don’t need any crazy recording equipment or even a studio at all to record and release music. I bought a mic and managed to record my first single in my bedroom  on the world’s slowest laptop that I borrowed.”

This first single Aby refers to is ‘Taurus’, which just last month reached 1 million streams on  Spotify. Also within the past 14 months, the singer has released her third single and not once,  but twice has bagged her face on the cover of Spotify’s A Breath of Fresh Éire’playlist  (signifying her official recognition as a rising homegrown talent). Aby’s hunger to succeed  partnered with her musical talent have triumphed in the face of a global pandemic.

“Mixed race women are absolutely fetishised in the rap scene,” says Aby. As two biracial women,  this subject is close to home for us both so I wanted to address it. Females of the ‘caramel’  complexion are hailed by young male rappers – via explicit lyrical declarations and raunchy  music videos, as the most desirable. This biracial obsession is symptomatic of colourist sentiment which glorifies proximity to whiteness yet equally fixates upon the voluptuous assets  stereotypically associated with women of African heritage – a screwed up ‘best of both worlds’  complex, contributing to shadeism.

“In terms of how I portray myself as an artist, I refuse to change myself or my style to  appear ‘prettier’ or more conventionally ‘attractive’. I am and always have been a tomboy. I wear things that aren’t considered feminine.”

Aby Coulibaly is unapologetically herself. She exudes an admirable self-confidence that  allows her to musically express herself without restraint. Her originality as an artist appears  effortless, solidifying her status as a singer-songwriter destined for big things.