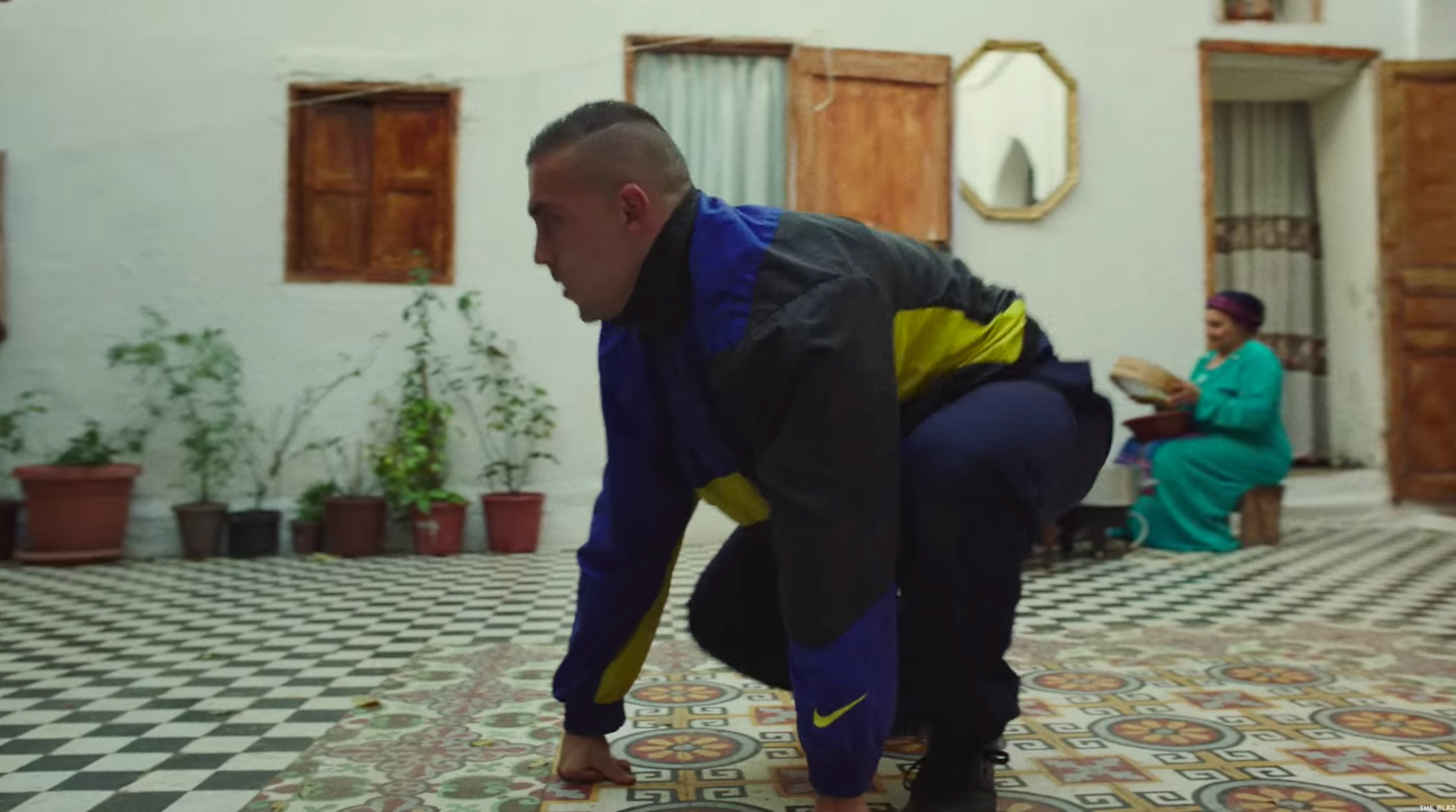 There’s something truly special going on with The Blaze.

It’s about time too. We were due an artist or two artists in this case, who was equally involved in the visual as well as the music and The Blaze feels one of the most complete and cinematic examples of that yet.

The French producers and directors got themselves noticed with ‘Virile’, a soulful electronic cut that was accompanied by a video of two men dancing in a room of a high-rise in the Parisian banlieue. The clip sings with a realness of platonic and a romantic love – a close intimacy that two people share, could be lovers, could be best friends.

Nearly a year on and The Blaze have produced something even more wonderful with ‘Terrority’. Beginning again with ambiguity, family members of all generations embrace. It’s not clear if there are tears at first, until smiles are revealed, this is an emotional celebration – a homecoming to Algiers, set to a song that is a gentle cross between the soul of Jungle and Chemical Brothers’ ‘Hey Boy Hey Girl’.

The video depicts freedom and comforting relief. The powerful protagonist, having returned home, demonstrates his boxing masculinity to some local lads as cleverly choreographed punches are thrown to the ping of a synth line. A music-soundtracked rooftop scene is the source of sweet release, and the older, driven brother or cousin uses his alpha-male stature in a tender and loving way to the youngest in his neighbourhood. This is stunning 21st century music work.

Both these videos lift the songs in unexpected ways, raising their stature and existing on par with the songs.