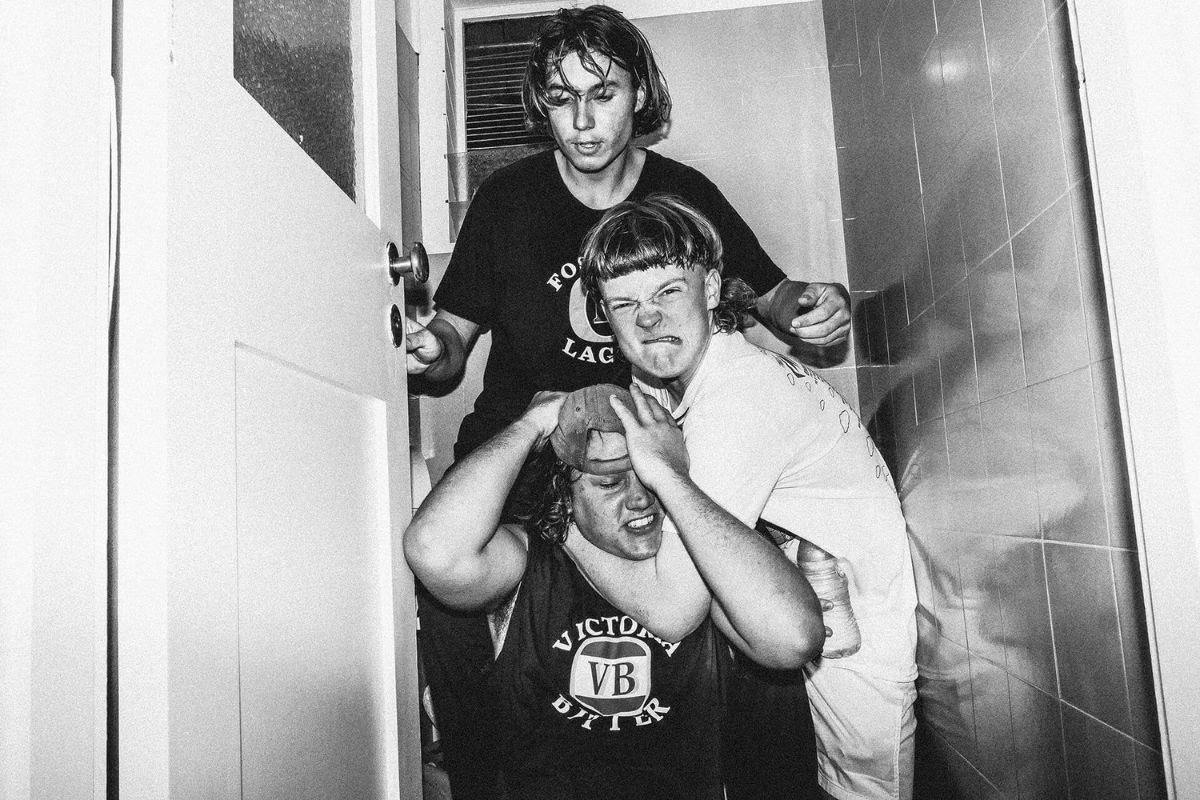 One act we wanted to introduce you to today is rising Australian punk trio The Chats.

The band, who hail from Sunshine Coast in Queensland, first came to our attention through the superb video for their single ‘Smoko’.

It’s about as distinctive an introduction to a group as one could hope for – sonically and visually. The band champion a distinctly garage rock flavoured breed of punk music. Vocalist Josh Price’s delivery might not be the most watertight in terms of pitch, this is more than made up for with plenty of vigour and aggression.

‘Smoko’, like nearly everything else The Chats have released, is steeped in Australian culture and vernacular. Smoko is slang for a short break one receives from work, usually to have a smoke.

Or what about this gem of couplet in the band’s most recent single ‘Pub Feed’? “Gettin’ hungry, I’m fangin’ a feed/ Something greasy, gravy and meat”. There’s actually a lot in ‘Pub Feed’ that reminds me of the working class vernacular on Pulp’s A Different Class.

Other tunes, like ‘Bus Money’ and ‘Mum Stole My Darts’ deal with smoking cigarettes, taking shit pills and youthful disaffection in one of the most conservative societies in the western world. In many ways, considering its conservative societal makeup, Australia is a prime hunting ground for any young punk band’s ire.

The Chats aren’t alone in pumping out superb young punk music from Aussie land, groups like Mini Skirt (more overtly political) and the washed out Skegss have made compelling art in opposition to the perceived norms around them.

What sets The Chats apart is how much hype has surrounded them and how they’ve capitalised upon it. Thanks to some handy Youtube recommendation list features and a relentless touring schedule the group have amassed well over 5 million views on the video for ‘Smoko’.

Better still, the band are coming to Dublin for a gig. The group will perform in The Academy on August 21st. Tickets, at €17+, are on sale now here.

With a debut full-length album looming somewhere on the horizon, now is the perfect time to get cosy with The Chats.