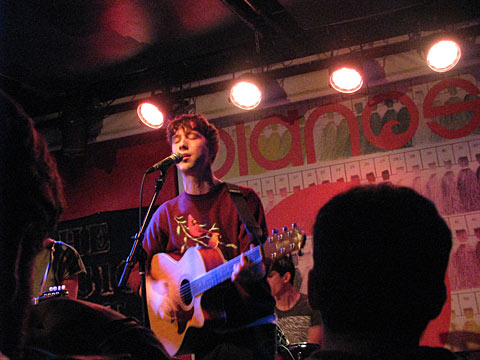 Fanfarlo – the first band of my CMJ 2009 experience at The Music Slut Party at Piano’s, Ludlow St, Manhattan, NYC.

The last ten days in NYC have been amazing. The food (Aoife’s got that part covered), the bars, the hotels, the people, the buildings, – I’ve consumed what the city had to offer but still want more of it. Of course, the real reason I was there was for CMJ 2009 – a showcase of 1300 bands taking place over five days in Brooklyn and Manhattan. I missed so many bands I wanted to see but here are the 8 best bands that I did catch at the festival. You can also read my piece on CMJ buzz bands from the Indo here.