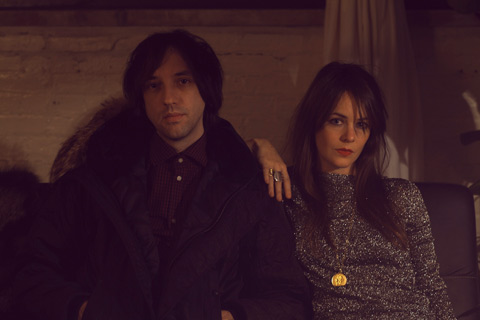 It’s been three years since I last featured The Hundred In The Hands here, the Warp-signed duo Eleanore Everdell and Jason Friedman who released ‘Dressed In Dresden’ a punchy, razor-sharp track but I don’t remember much at all about their self-titled 2010 debut. That’s two lifetimes in blog years but here they are, clutching a new album under the arm called Red Night and a business card called ‘Faded’ to tempt us back into their lives. It’s described as one of the softer moments on the LP. For me, it recalls Austra’s spectral ambient electronica and the line “you’re always breaking my heart” adds emotional reverberation to the track. Red Night is out on June 8th.