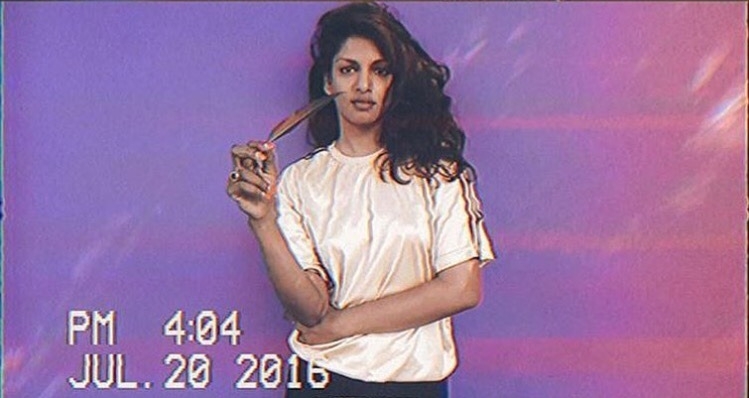 “You wanna me be somebody who I’m really not.”

That line from M.I.A.’s ‘XXXO’, the lead single from her third album Maya in 2010 could be short-hand for the friction that Mathangi “Maya” Arulpragasam has come up against with in her 12 year career as a recording artist and explored in the documentary film Matangi/Maya/M.I.A.

The film, directed by her old St. Martin’s college classmate Steve Loveridge makes use of a large archive of personal home video recordings, and the story goes that Loveridge, upon receiving that trovel, refused M.I.A editing rights. She was shown rough cuts but was not allowed to edit the results, and told The Guardian that “it’s not the film I would have made.” Loveridge says he kept his distance from her in the four years he was making the film, and it wasn’t primarily about her music.

What Matangi/Maya/M.I.A is about though, is her music career, her family, her background and the tumultuous time that Arulpragasam experiences while making agit-pop music informed by her Sri Lankan immigrant upbringing in the Western world.

The home video footage is revealing in Arulpragasam’s preoccupations with questioning and exploring her upbringing. As is already documented, her father is a founding member of the Tamil Tigers, a resistant group fighting for independence in Sri Lankan’s north and east Tamil Eelam region. 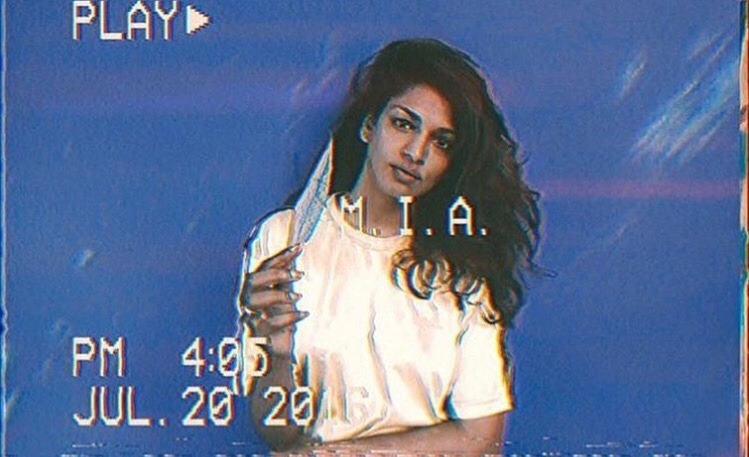 When her father reappears 10 years after she last saw him in London, where her family moved when she was nine, M.I.A. is seen discussing his absence with her siblings. Her sister bemoans his lack of communication with her family, and particularly her mother, while the footage of M.I.A. showing a film to them of the Tamal Tigers and the Sri Lankan civil war suggests that she understands why he was absent.

After escaping a war-torn country, she is confronted with a new identity crisis. “One day in Sri Lanka I was getting shot at for being a Tamil, then I came to England and I was being spat at for being a Paki,” she says in the film. 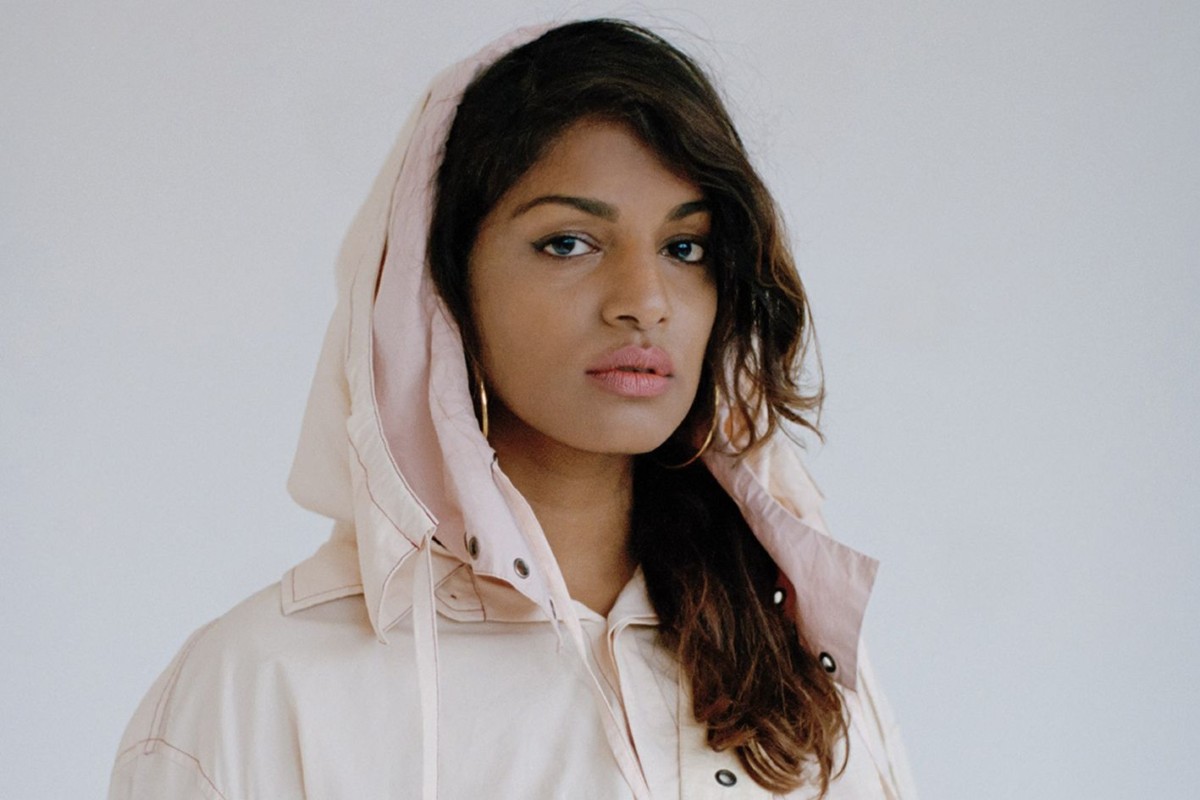 Her desire to highlight what was going on in Sri Lanka is omnipresent in the film and goes back to a time after college where she visits the country and reconnects with family, hoping to make a documentary about their plight. She meets resistance, and viewed as an outsider, but reconnects with her grandmother and others.

When she later is taken under the wing of Elastica’s Justine Frischmann, she criticises the singer for not saying enough with the platform she has.

Obsessed with music (hip-hop in particular) from an early age – she’s seen dancing in bedrooms throughout the film, M.I.A. decides to do it herself.

M.I.A. was never content to be a quiet subservient artist, and it’s a characteristic which muddied her career when it became mainstream and American-based. The documentary presents her as an artist enthused by music and making it, but who even before she has a platform, has something to say beyond entertainment and doesn’t stick to the script.

What the film presents, is what that fallout was like for the artist herself, to come up against a media and industry that did not understand literally where she was coming from, when a lot of what she was trying to do was shine a light on problems with her homeland, as one of the most famous Sri Lankans in the world. Where she encounters this resistance mainly is in the United States.

So we get her appearance on Real Time with Bill Maher, where the host bemusedly made fun of her cockney Sri Lankan accent and the programme subsequently edited out her calling what was happening in Sri Lanka as genocide. We get her appearance alongside Madonna at the Superbowl where she flipped her middle finger to the camera and caused a furore in conservative America. Backstage, an NFL representative comes and confronts her about it (they would later seek $16 million in lost advertising revenue and breach of her contract which was later settled in private) and she doesn’t immediately register the seriousness of what she has perceived to have done to the American discourse. “That’s why Madonna had me on stage, to say the things she can’t,” she tells the camera, before later, explaining the shock of seeing Madonna being subordinate to the NFL pre-show. The film does not feature her later actions, where she tweets at Madonna asking for the money, before deleting the tweet.

The infamous New York Times “truffle fries” profile where Lynn Hirschberg treats the artist’s political motives with cynicism, in light of her new life living in LA with a recording contract on Interscope Records gets a section of the film. That piece was a nasty takedown for sure, but the filmmaker neglects to feature M.I.A.’s reaction to it in full, not mentioning that M.I.A. posted the writer’s personal phone number on Twitter and a diss track in the fallout.

And M.I.A. isn’t totally correct if she thinks there’s not enough about her music in the film, as what we gather by osmosis is that her background and her will is always evident in the music she made and is one of the reasons why she stands out so much.

There is a lot of footage of her with Diplo, her former producer and boyfriend (who used the NY Times article to have a dig at her) in the studio while on-stage footage and the sheer drive and confidence she displays in making the leap from flyover dancing to Coachella is inspiring.

The film informs and contextualises her music. ‘Bamboo Banger’, the propulsive opener from her second album KALA (named after her mother, who doesn’t speak in the film but we still get a lot of footage of her), is played in a scene of the documentary and the lyrics “Yeah, I’m knocking on the doors of your hummer hummer,” and “road runner road runner” is juxtaposed with destitute kids knocking on cars for change and running after a car on a dirt road.

And if you weren’t aware, like me, her biggest hit ‘Paper Planes’ is a song about the immigrant stereotype of how they are going to take your job and threaten your way of life, in the guise of an ultra-catchy pop song. Or the incendiary swagger ‘Bad Girls’ is about female oppression informed by the fact that Saudi women weren’t allowed to drive which has since been rescinded in only June of this year.

In her music videos too, as in ‘Sunshowers’, M.I.A. is keen to show South Asian forests and culture as she has done frequently since and on KALA, as footage shows, she enlisted global help from musicians playing instruments of their area from India, Jamaica, India to Trinidad along with kids chants. Her point is that young experience and how we express ourselves is universal and the film reinforces M.I.A. as an artist keen to bring the world closer together but does sometime leave out her most most combative behaviour.

Regardless, it’d be hard to come away from this film not having huge admiration for M.I.A. – her resolve, her determination, her artistry, her vision and her hunger to showcase culture – hers and other marginalised people from around the world with style and vitality.

At the screening I attended, I was surrounded by South Asian women, attending in groups together, to witness an outlier, a fearless pop artist and I thought I could feel in the room, that they could see themselves in her rebel spirit.