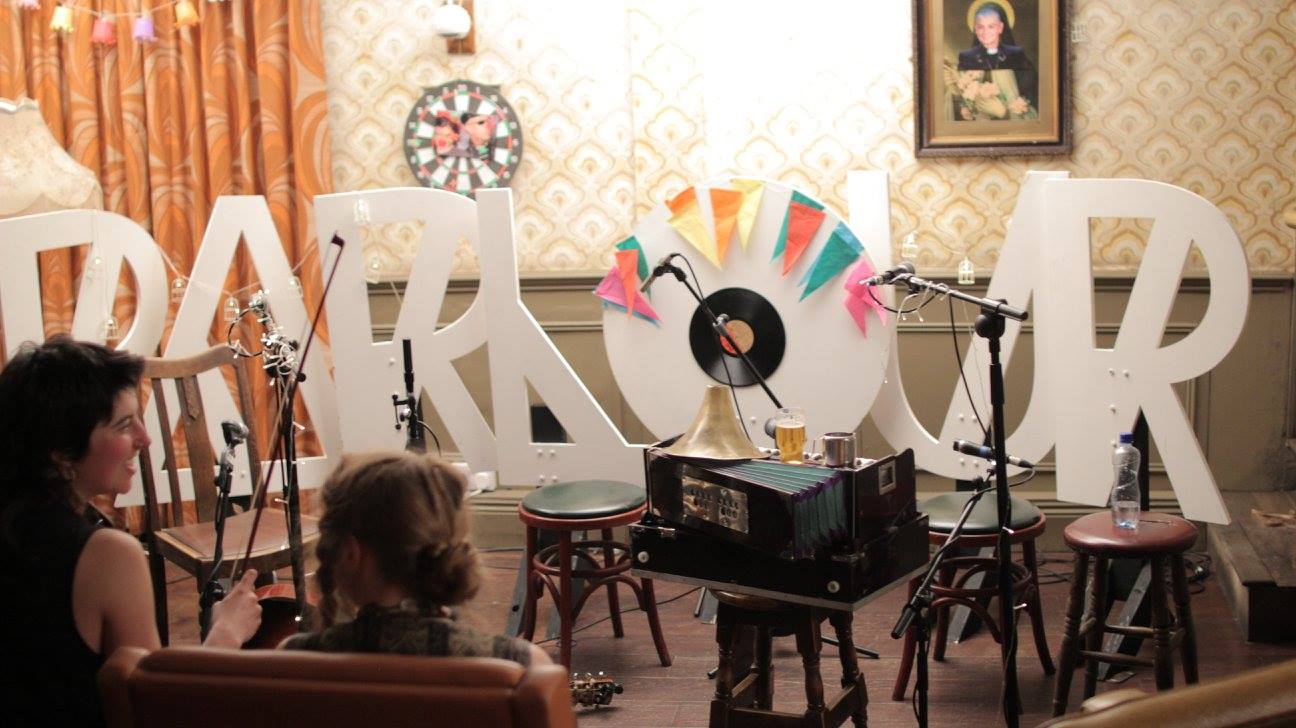 The Parlour TV is an independent production filmed in Whelan’s which features live interviews and performances from Irish bands and people in the industry as well as pieces with visiting bands.

With the production’s 12 episodes nearing completion and showing on their website and DCTV (UPC channel 802) on Sundays at 8pm, the team behind it has called for Irish terrestrial television to support Irish music on the box. For the record, current dedicated Irish music slots on TV includes Other Voices, Ceol Ar An Imeall and live slots on The Late Late Show and the Saturday Night Show. Is it enough?

The Parlour TV’s Barry Lennon says “Irish music is nearly non-existent and this is costing jobs and huge cultural opportunities.”

“We had Ian Wilson from RTE radio on our show complaining about the poor support music gets from Irish radio. But television is even worse and the lack of any outlet is hurting the creative and talented musicians based in Ireland.

“One of Irelands best known exports is its music and many Irish musicians’ help promote Ireland by acting as cultural entrepreneurs touring across the world, releasing new music on a host of mediums. Irish music businesses trade across the world on a regular basis, exporting a wide range of products and services. Yet Irish music is virtually silent on terrestrial television with no outlet for up and coming artists.

“More Irish music than ever before is being recorded but there is a lack of television reflecting this, said Danny Carroll, presenter of The Parlour. “License fee payers should know that some of their money is going to support Irish culture and helping showcase some of the unbelievable talent we have in this country.”

The Parlour TV (which is funded by the BAI Sound and Vision fund) is encouraging people to share their favourite Irish music video with the hashtag #televisemusic to highlight the problem. Some tweets so far:

Smart, informed and CORRECT. @toofeckinmuch and Cathal Funge talk about how this island needs to #televisemusic http://t.co/wXfi8aZL0P

We’re very much behind the #televisemusic campaign. Music belongs on the TV just as much as the radio. Exposure is absolutely everything.

This topic was also explored for Radio by Sinead Troy in my How Music Works column for the Irish Times.