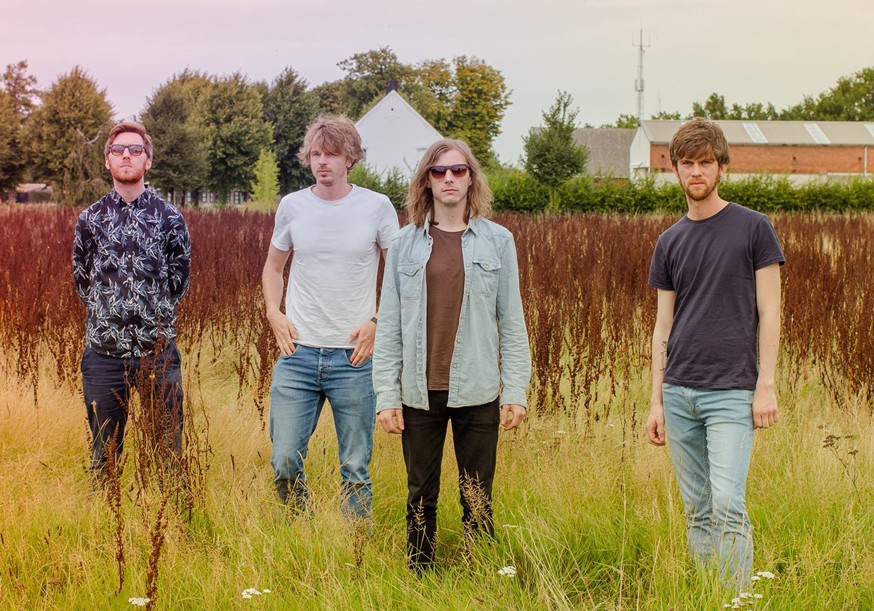 
Leeside psych quintet The Shaker Hymn are currently finishing up their as-yet untitled third full-length, and heading into that process, yesterday released lead-on single ‘Colour Of The Holy Sun’. Taking influence from vintage rock ‘n’ roll as ever, the band’s new, more stoic take on matters has invested their music with a more serious edge.

Says vocalist Caoilian Sherlock, “We don’t often write new songs out of an improv “jam” type of thing – but this started as a little two chords warm up at rehearsal a few months back. I went away and wrote a melody, and lyrically I was aiming for a joyous apocalypse sound. A song to celebrate The Rapture heading our way. In the studio we we’re throwing a lot of unusual names for us – Spandau Ballet and Christopher Cross’ Ride Like The Wind for example, as well as the crooners like Sinatra and Jacques Brel.”

The release of ‘Colour Of The Holy Sun’ comes after a busy year for the band, after extensively around Ireland, while also appearing on the soundtrack to breakout Irish film ‘Handsome Devil’.

This April, The Shaker Hymn begin an Irish tour with Pale Rivers – the synth and guitar led five piece based out of Cork and Tipperary. See them on the road: Roisin Dubh, Galway on April 19th ; Bello Bar, Dublin on April 20th; MusicZone (Record Store Day in-store), Cork on April 21st; Gleesons, Clonmel on April 27th; The Roundy, Cork – May 4th; Connolly’s Of Leap, Cork – May 5th.