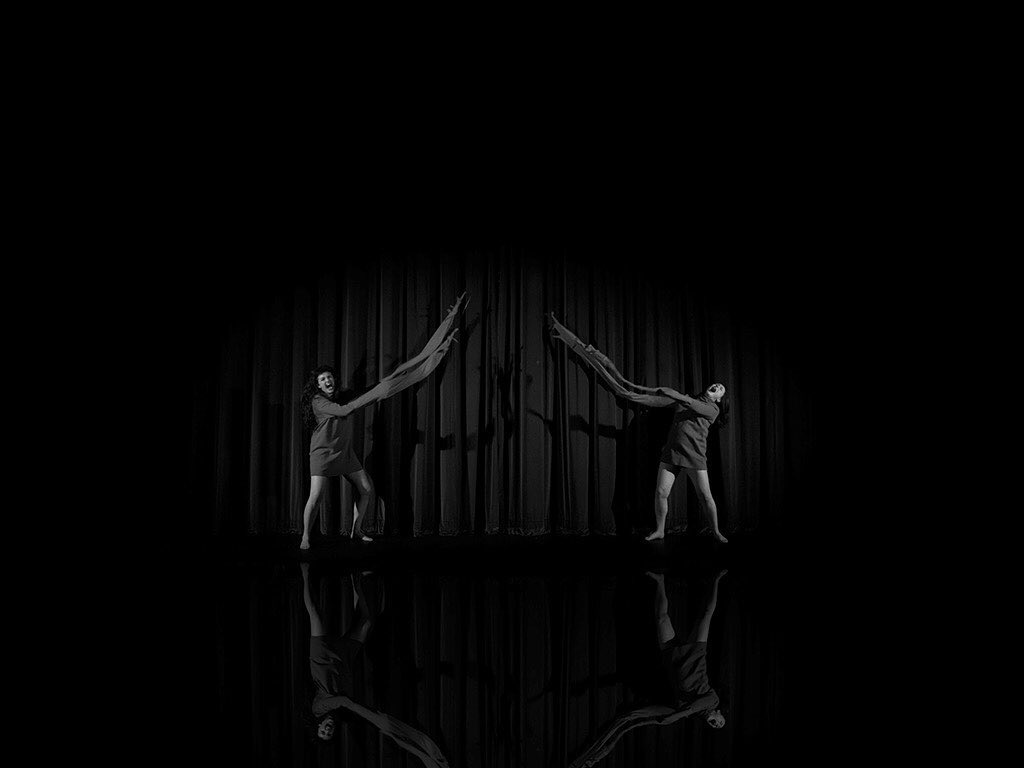 Julie Weber is a visual artist, multimedia lecturer and director. She completed an MFA in Digital Art from the National College of Art and Design and has worked freelance creating moving image and audio installations for both galleries and commercial projects. She has collaborated with artists such as Æ MAK, SENU, Thumper, and Anamoe Drive, among others.

The first music video you directed was Goodbye & Goodluck by Anamoe Drive last year.  What compelled you to start directing?

Oisín Furlong (Anamoe Drive) had perfectly summarised a narrative that seemed difficult for me to personally articulate. I got overly excited by his lyrics and felt compelled to respond to the song within the week after it was released. Although I’ve directed many videos for visual art projects or exhibitions, this was the first time I approached a musician and took action.

What is a brilliant Irish music video that you admire?

I really admire Junior Brother’s Hungover at Mass video, conceptualised by Ben O’Connor and Ronan Kealy. I think it encapsulates the purpose of music videos on the whole, acting as a visual accoutrement to the artistry of the song. The video transports the viewer to those shaky, detached or surreal moments that occur when Guinness is sweating out of your eyes on a hungover morning.

Has sound or music always played a part within your visual art creative process?

Both sound and music has always been paired with my process – each work has been heavily informed by sound or vice versa. In recent years, I have felt a proclivity to collaborate with Irish musicians or composers to maximise the potential of accompanying soundscapes.

Previously, I’ve curated live experimental performances in response to visual art works. These moments were realised and performed by Alex Harvey (THUMPER) and Ricky Lahart (former member of Vernon Jane) at Wetware, The Complex Dublin. I have also worked closely alongside Barry Monahan from Ragerra to construct soundscapes that reflected the circadian rhythm of the body for my MFA final work Offbeat Oscillation.

Like most, I also sink into the lengthy meditative process of editing while listening to an album. I think that this informs the rhythmic patterns within the editing process.

Which Irish Recording Artist would you like to collaborate with that you haven’t before now?

I’d love to direct a video for Lankum – the combination of Radie Peat’s voice and the group’s instrumentals make for a transcendental experience that I try to achieve with my own work. I recently resided in a remote trailer to finish writing a short film – Lankum’s music played a large part in setting the tone in my storytelling throughout this time.

How does your background in fine art and installation art influence your directing style?

I think having a background in fine art has made me focus on experimentation, play and testing. I feel that these are crucial parts to my creative process and contribute to innovative concepts or techniques when constructing a meaningful composition. It has also provided me with a deeply critical perspective when making decisions at different stages of the  process.

What sources do you take your creative cues from?

I like to think it’s from readings, theory or films that I’ve been swallowed by. But I actually think that the majority of my new ideas are derived from lived experiences. I suppose it’s a culmination of things I’ve surrounded myself with at any given time. My daily constants would include: having a boogie in my knicks, inspiring makers, films or series in the mould of horror, funny friends with funny fables, RuPaul’s Drag Race, notebooks, apples and my phone. I find moments of interest in and around these daily doings.

Which Irish Visual Artist deserves more recognition for their work than they currently get?

Ruth Cassidy’s work deserves more recognition. Her notebook drawings and collages form incredible landscapes and I love the use of colour in her storytelling. I want to marry the character in “Montezuma” and live happily ever after in her “Mary’s palm tree ankle tattoo” composition. I’m looking forward to seeing her direct more film and photography sets.

There are a couple of other artists that came to mind that included Sofya Mikhaylova, Jamie Gilroy, Luke Van Gelderen, Ann Ensor, Eileen O Sullivan and Carmen Quigley.

Right at this moment I feel proud of the ÆMAK video that I directed, co-choreographed and performed in. This project re-energised me during a creatively stagnant time. It was such a joy to work and respond to a true artistic genius who is so full of energy. I felt that we understood each-others visions and had a lot of similar influences and references throughout the initial concept phase.

I think that being proud of your work changes hourly but this project was really fulfilling. I try to measure pride upon reflection. While facing challenges or inner conflicts I ask myself if it was the best that I could have done with the time and resources in that period. For this project, I definitely feel that it was.

Do you have any upcoming collaborations with recording artists that you can tell us about?

I’m currently working with the musician Fears on her upcoming music video. It’s really exciting to conjure up ideas in response to a song and realise synergy with the artist’s narrative after our first meeting. I’m really looking forward to developing the concept further.

Aside from directing, what does the next year hold for you?

I have been working alongside the filmmaker Hannah Mc Glynn over the past few months in preparation for launching our collective DRKHRS. I wanted a space to distribute collaborations with musicians that was separate from my Fine Art website. In setting this up, it became an acknowledgment to the lack of focus on female and queer directors in Ireland.

We also wanted to ensure that we were collaborating with not only industry trained makers for wide-ranging skills and perspectives. We are hoping to represent and distribute the work of a variety of Directors, Artists, Cinematographers and Editor for clients looking for distinctive moving image works.

Which Irish artists are you listening to the most right now?

I have been listening to Halli, Kynsy, CMAT and EFÉ quite a lot in the past few weeks. They’re all incredibly talented musicians and lyricists.

At present, the best way to contact me is through my email: [email protected]