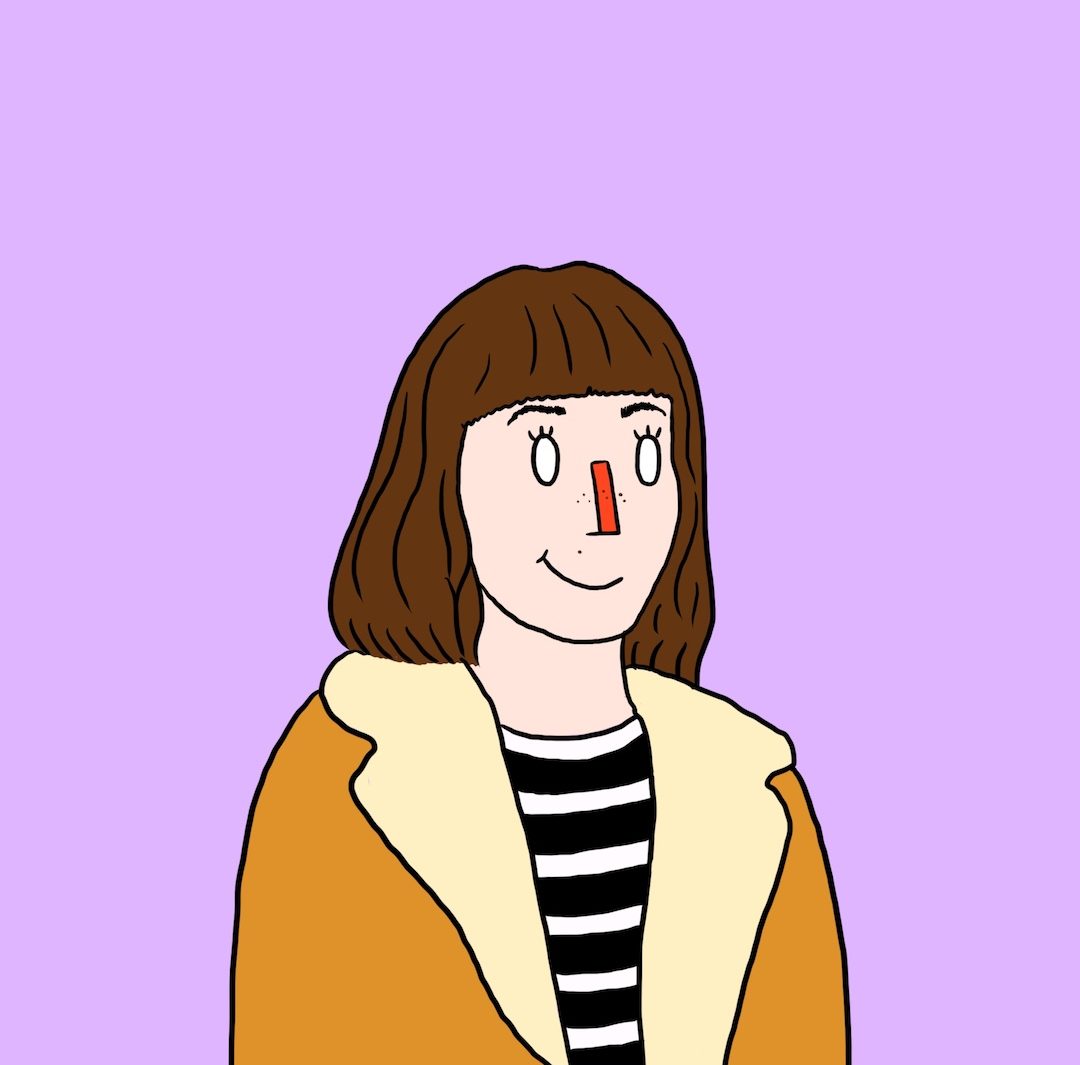 Emer Kiely is an illustrator and graphic designer based in Cork. She has a degree in Visual Communications from Cork Institute of Technology, and currently works as a graphic designer. Emer has collaborated with recording artists such as Yenkee, Caoilian Sherlock, Ebben Phlo, as well as Hausu Records, the Angry Mom Collective and The Skinny Magazine in the UK among others.

I think it helps when people commission you with an idea/subject matter in mind. The visuals that I might pull from the song might be completely different to what the recording artist might have envisioned, so it helps when they give a starting point so you don’t end up going in the complete opposite direction of what they wanted.

What is a brilliant Irish music video that you admire?

The artwork series for CMAT’s singles by Rachel O’Regan. They’re incredible; she captures the songs so well with her artwork. Every time I look at them I spot something different.

Besides illustration and graphic design, what is something creative you see yourself doing at some stage in the future that you haven’t done before now?

I actually recently started studying Art Direction in Limerick School of Art & Design – I’ve always wanted to design for the stage and screen so I’m looking forward to seeing where that takes me.

Why does every person in your illustrated universe have an almost rectangular, and almost always red, nose?

There’s not a particular reason really. For my degree I wrote a book about women designers and categorised the era the designers were in by the colour of their nose but afterwards I just stuck to red as it’s the most striking/looked the least out of place.

Which Irish Recording Artist would you like to collaborate with that you haven’t worked with before now?

There are so many! Off the top of my head I would probably have to say New Jackson’ ‘Having A Coke With You’ is one of my favourite songs and I’d love the chance to work with them somehow, someday.

I am proud of each of them in their own way, but I would probably say the cover I designed for The Stinging Fly. It was my first print cover, and it was such a thrill to walk into a bookshop and see it sitting on a shelf.

Besides the unique nose design, are there any underlying themes or recurring elements within your work that only you know about?

Recurring elements would be people, how the world around me currently looks and trying to catch that before it changes again, which is why I’m drawn to buildings/shop fronts so much I guess. I enjoy observing the mundane and seeing how I can capture it in an illustration somehow.

Something that wouldn’t be as widely known would be that real life situations often bleed into my work, like someone I pass in the street might unknowingly show up in an illustration later on, or sometimes a friend will tell a story/mention something in passing and I just know I have to go and draw it or else I won’t be able to stop thinking about it.

Last year at the beginning of lockdown one of my friends Aleksandra made a short video about isolation and collaborated with many talented people including Alannah Calvert who created beautiful illustrations for it. Both of them are incredibly talented and that video is only a glimpse of how gifted they are.

What one tool within your creative process could you not live without?

My iPad, it makes drawing digitally/on the go so much easier.