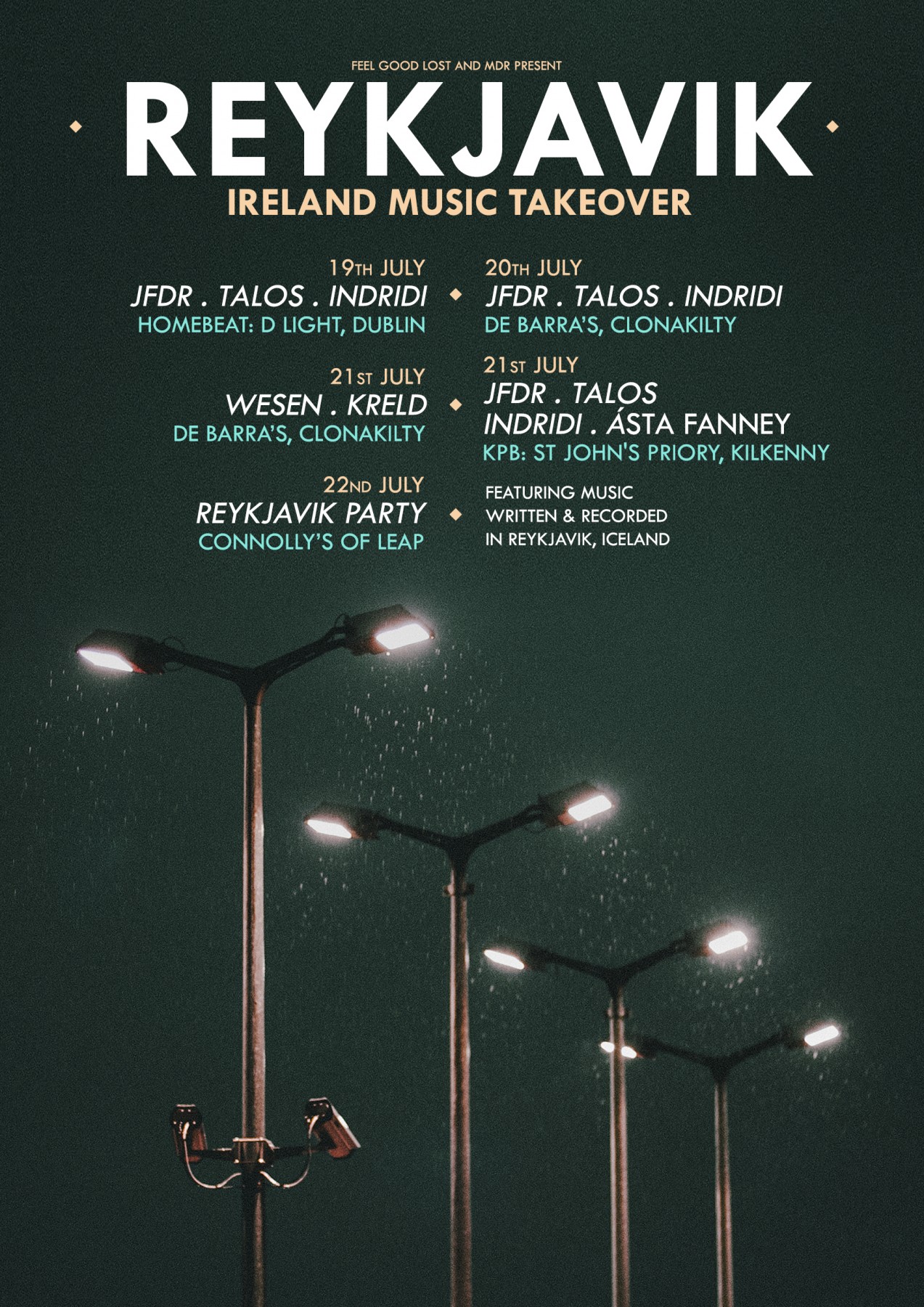 After Iceland’s thumping victory of England last night in the Euros, all eyes are on the minnow of the country (300,000 people) heading into the unchartered waters of a quarter final place.

Iceland’s music has had a strong reputation over the last twenty years with Bjork, Sigur Ros, Of Monsters & Men, Gus Gu and Iceland Airwaves capturing the hearts of music lovers.

This month, musicians of the capital of Iceland Reykjavik are coming to Iceland for a tour including JFDR ( Jófríður of Samaris & Pascal Pinon) courtesy of Feel Good Lost and MDR Recordings (Colm O’Herlihy recently took up a position in Reykjavik as studio manager for the Bedroom Community label). Other artists include Wesen, Kreld and Indridi while Talos will represent the Irish on tour. Below is a mixtape of the artists playing and the dates include:

Talos and Jófríður are also playing a Feel Good Lost night in Mitchelstown Cave on July 10th. Look out for a JFDR mix on Nialler9 tomorrow.