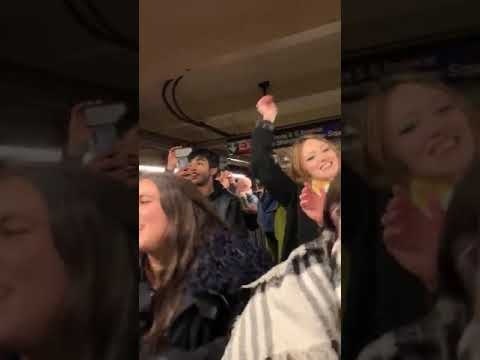 Even from the other side of the Atlantic Ocean, I’ve been witness to some of the hype following Robyn’s sold out Madison Square Garden performance.

Social Media was alive with fans proclaiming it the gig of a lifetime. Obviously, NY residents took the party to the streets (or Subway stations) following the gig. This video captures the moment when a host of fans did a rendition of the Scandi Pop aritst’s big tune ‘Dancing On My Own’ while waiting for their train.

So many strangers brought together over a shared bond of music.

This only makes us all the more eager to see her announced for a performance somewhere in Ireland this year.