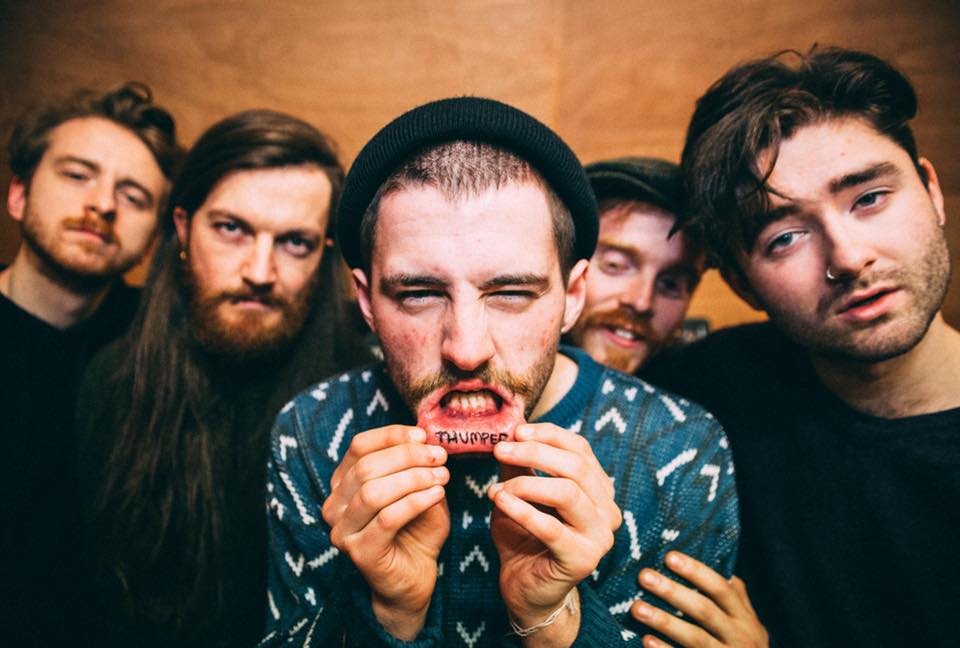 
Dublin-based noise-pop five-piece Thumper made up of Oisin, Alan, Gabriel, Stevie and Brendan have steadily been making a mark for themselves through their loud, quick-tempo tracks and high energy live performances.

Their latest release ‘AFL’ is a sharp noise-rock gem with a contagious attitude.

“The song is about ageing rapidly but gaining no wisdom; Feeling like a child in a man’s suit, desperately playing catch-up in the Imposter Syndrome Champions League.” says frontman Oisin Leahy Furlong “Every Friday night gasping for answers in the smoking area of your nearest terror den. The music thunders on and words fall away like the raving of a calm lunatic. There’s no conclusion, even at the end.”

The track was produced by Dan Fox of Girl Band, mixed by Michael Heffernan and mastered by Fergal Davis.

The single launch takes place at The Sugar Club on April 7th with Vernon Jane. Tickets priced at €10 are available now via sugarclubtickets.com.

Two Door Cinema Club have put up their debut EP, which they first self-released at age 16