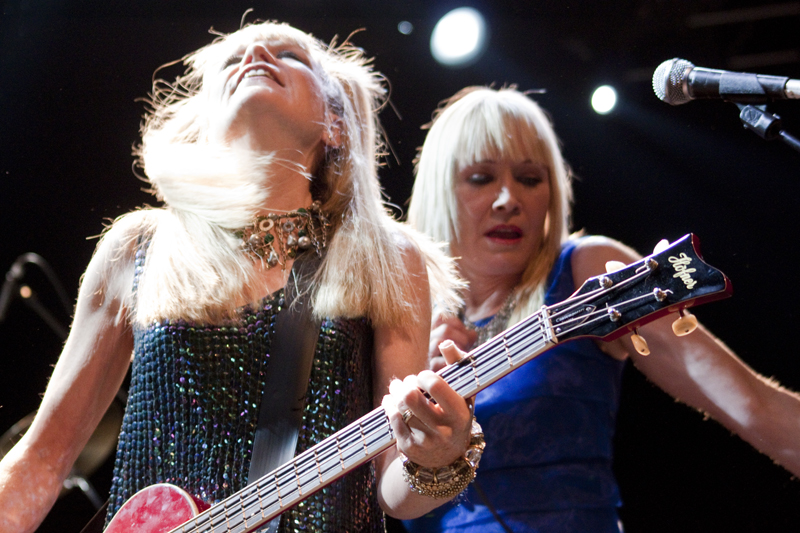 For my generation, the music of Tom Tom Club was always a whisper compared to a conversation about Talking Heads. While the latter were revered on the dancefloor, on airwaves and online, the former didn’t seem to have enough champions to raise the band above a curio act. Of course, the two were always going to be closely linked. Tina Weymouth and Chris Frantz formed Tom Tom Club while David Byrne put Talking Heads on hiatus in the early ’80s. The married duo went off and recorded what was to be their seminal self-titled album in the Bahamas. The first time I heard of Tom Tom Club was ‘Under The Boardwalk’ about five years ago, when I realised it was a version of the song I had known a long time, but I didn’t attribute it to Tom Tom Club (the original was by The Drifters).

As it turned out, there were other songs in that unknown yet familiar sphere belonging to the band. ‘Genius Of Love’ was another culprit, one of the most sampled songs of all-time, plundered by many a rap production team throughout the years as well as Mariah Carey’s ‘Fantasy’ and Annie’s ‘Chewing Gum’. The eternally funky synth and guitar line will be forever ripe for sampling. Uffie’s recent version of ‘Wordy Rappinghood’, Tom Tom Club’s rap crossover moment, brought the band’s sound to a newer generation back in May. Tom Tom Club were cool again.

When the duo arrive on stage at Vicar Street, it’s clear that they were always cool. Despite Tina rocking some ill-advised pigtails and the couple being in their sixties, they are effortlessly so. Part of that comes from them playing songs that are now 30 years old and the joy they are clearly experiencing as a result. There’s a contagious exuberance to them. Early on, they introduce “a song about Coney Island” and the unmistakeable swing of ‘Under The Boardwalk’ begins. ‘L’Elephant’ might be an anti-war song with the refrain “tuer, tuer, tuer, tuer” but that doesn’t detract from the dancing, thanks to TTC’s ever tight rhythm section.

Weymouth still holds the bass guitar in her own upright way while each hit from Frantz’ drumkit is perfectly audible and booming. They are joined by Victoria Clamp on vocals, Bruce Martin on keyboards and percussion and Pablo Martin on guitar. Employing their son Kid Ginseng as a turntablist is perhaps the only poor choice in the lineup as his scratching was a bit overindulgent over a whole set. A few songs would have sufficed.

The atmosphere of the show is celebratory. Mothers and daughters dance together up the front, young people who have recently discovered the band mingle with an older generation who experienced the band first time around. Tom Tom Club have a long memory too. It might be 23 years since they last played but at one point Frantz says ‘I remember those long hot summer nights in McGonagles,’ a reference to the first time the band played Dublin in 1988. And it’s certainly the first gig I’ve ever experienced where Ballymun and Dun Laoghaire get a shoutout together.

Despite a rather odd cover of Hot Chocolate’s ‘You Sexy Thing,’ Tom Tom Club finish on a high. ‘Wordy Rappinghood’ is still an weird off-kilter rap-pop song and the breakdown in ‘Genius Of Love’ culminates in Frantz shouting ‘James Brown… Hotpants!,’ a standout moment in a song that shows Tom Tom Club can still keep you guessing even though they’ve happily settled into their old age as a band.

They finish with two Talking Heads’ numbers, ‘Take Me To The River’ (an Al Green song who TTC also covered in later years) and the effervescent ‘Psycho Killer’ in which the audience take the lead while the band members bounce around on stage. Tom Tom Club were always this effortlessly cool, subsequent generations just hadn’t noticed. That was somewhat rectified tonight.

Jenny Greene’s The Rave Cave for December at Vicar Street